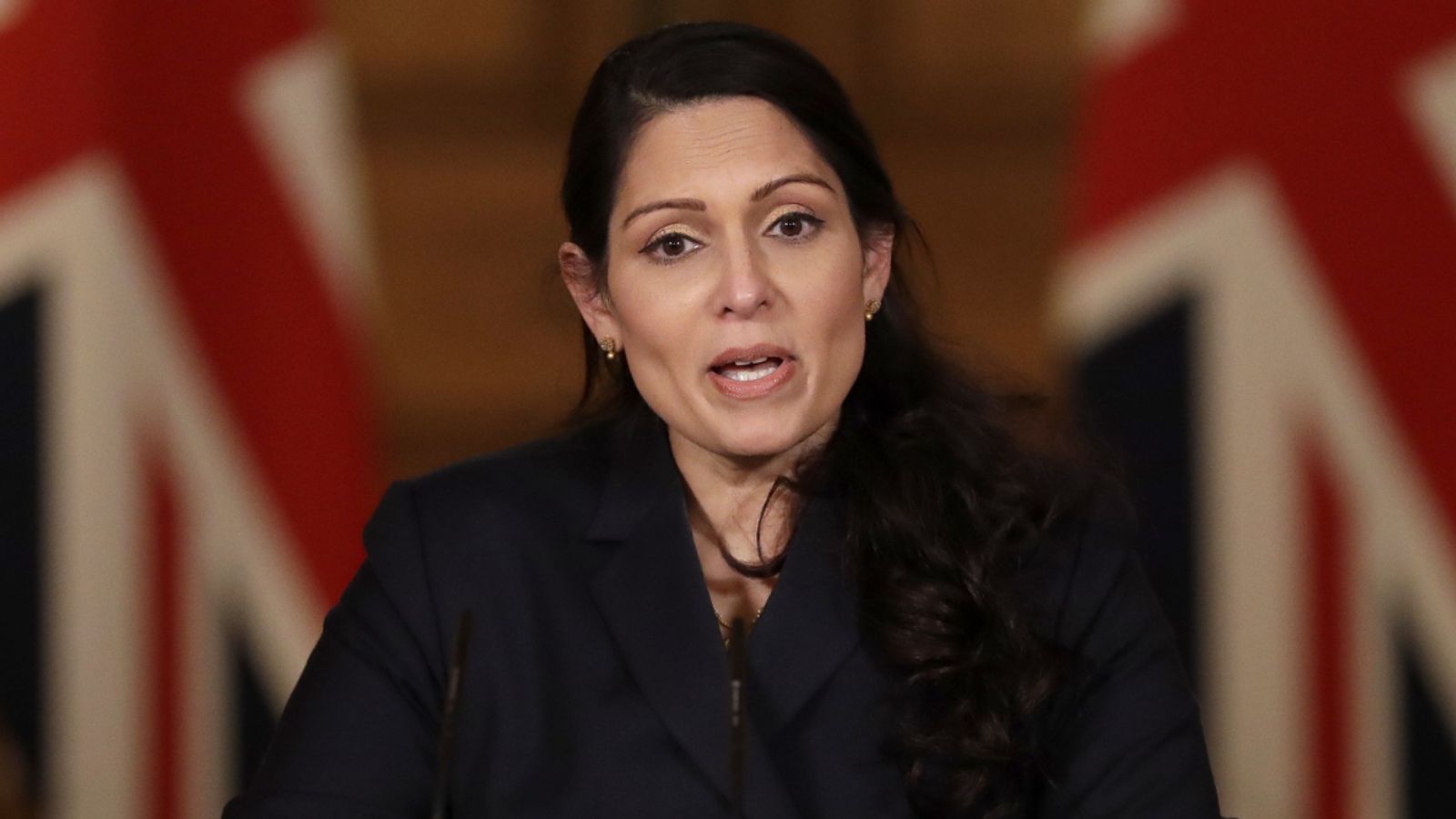 Asylum seekers could be sent to processing centres abroad under the home secretary’s plans to overhaul the immigration system, according to reports.

The British overseas territory of Gibraltar is a location under consideration by officials, according to The Times, as well as the Isle of Man and other islands off the British coast.

Priti Patel has vowed to stop migrants making the perilous journey across the English Channel and is expected to publish details of plans overhauling the UK’s asylum and immigration system next week.

The Times said plans due to be set out will include a consultation on changing the law so that migrants seeking asylum can be sent to processing centres in third countries.

It follows a series of leaks last year suggesting the UK government was considering a number of offshore policies akin to those used in Australia.

Image: The home secretary has vowed to stop migrants making the perilous journey across the English Channel

These included sending asylum seekers to Ascension Island, more than 4,000 miles from the UK, to be processed, and turning disused ferries out at sea into processing centres.

The ideas were dismissed by critics at the time as unfeasible, while Labour condemned the suggestion of an asylum processing centre on Ascension Island as “inhumane, completely impractical and wildly expensive”.

The government believes sending migrants to third countries for processing would be compliant with the European Convention on Human Rights (ECHR), according to reports.

The Times said the new legislation will include life sentences for people smugglers and the establishment of migrant reception centres on government land, with many currently being housed in hotels.