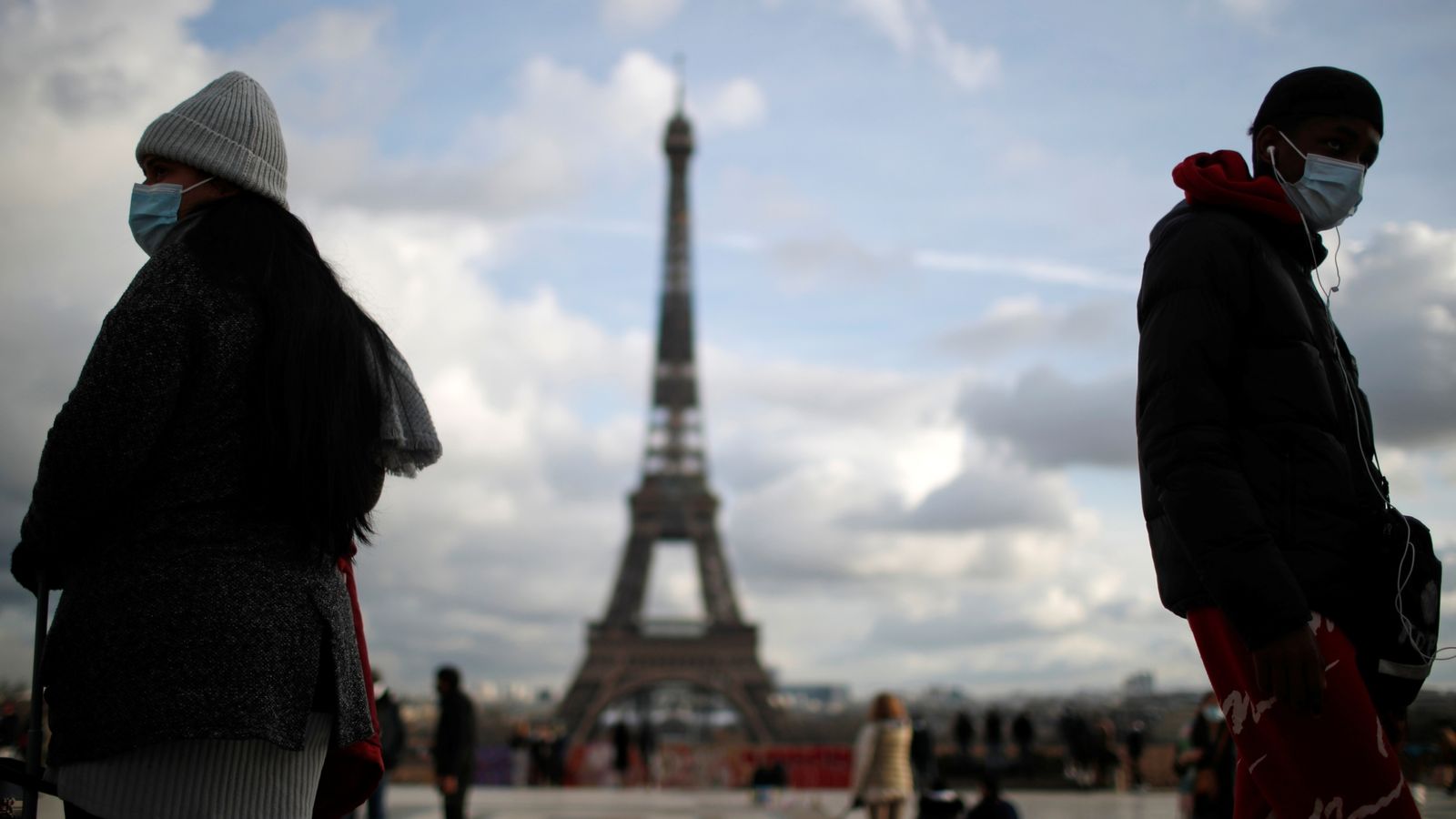 A rise in COVID infections throughout Europe could spell trouble for the UK in a matter of weeks, Sky News understands.

Despite the runaway success of the UK’s vaccination programme, a scientist who advises the government has urged caution and said that the country isn’t “out of the woods” yet.

The warning came as several regions in France, including Paris, prepare to enter a new month-long lockdown.

“Across Europe, numbers are going in the wrong direction and we should be wary of that because in the past that has led to increased numbers here,” the scientist said.

“The decrease in cases [in the UK] is slowing down and we are at a more fragile point than we were a few weeks ago.

“We are in a place that’s a bit vulnerable.”

The R number – the reproductive rate of the virus – has risen marginally across the UK this week following the reopening of schools – and the adviser said he “wouldn’t be surprised” if case numbers also increased soon.

“We don’t fully understand why we see cases going up here a couple of weeks after a rise across the Channel,” the scientist added.

Why vaccines may not be enough to contain COVID

Fears of a third wave in Europe have seen half of Italy’s 20 regions plunged once more into the country’s strictest form of lockdown, which sees schools and non-essential shops among the places closed.

Germany’s head of public health declared on Friday that the country is now at “the beginning of a third wave”.

The UK government adviser said that the South African variant of COVID is the “most concerning” and one to “keep the closest eye on”.

Image: Many areas of Italy have now gone back into the strictest lockdown. Pic: AP

It comes as Paris and 15 other French regions enter another lockdown from midnight – albeit slightly less strict than previous ones – after rising cases blamed mainly on the faster spreading Kent variant.

There were nearly 35,000 new cases in France on Thursday, whereas the UK on Friday reported 4,802.

Nearly a third of France’s population, about 21 million people – mainly in the north, are subject to the new lockdown, however it does not close schools.