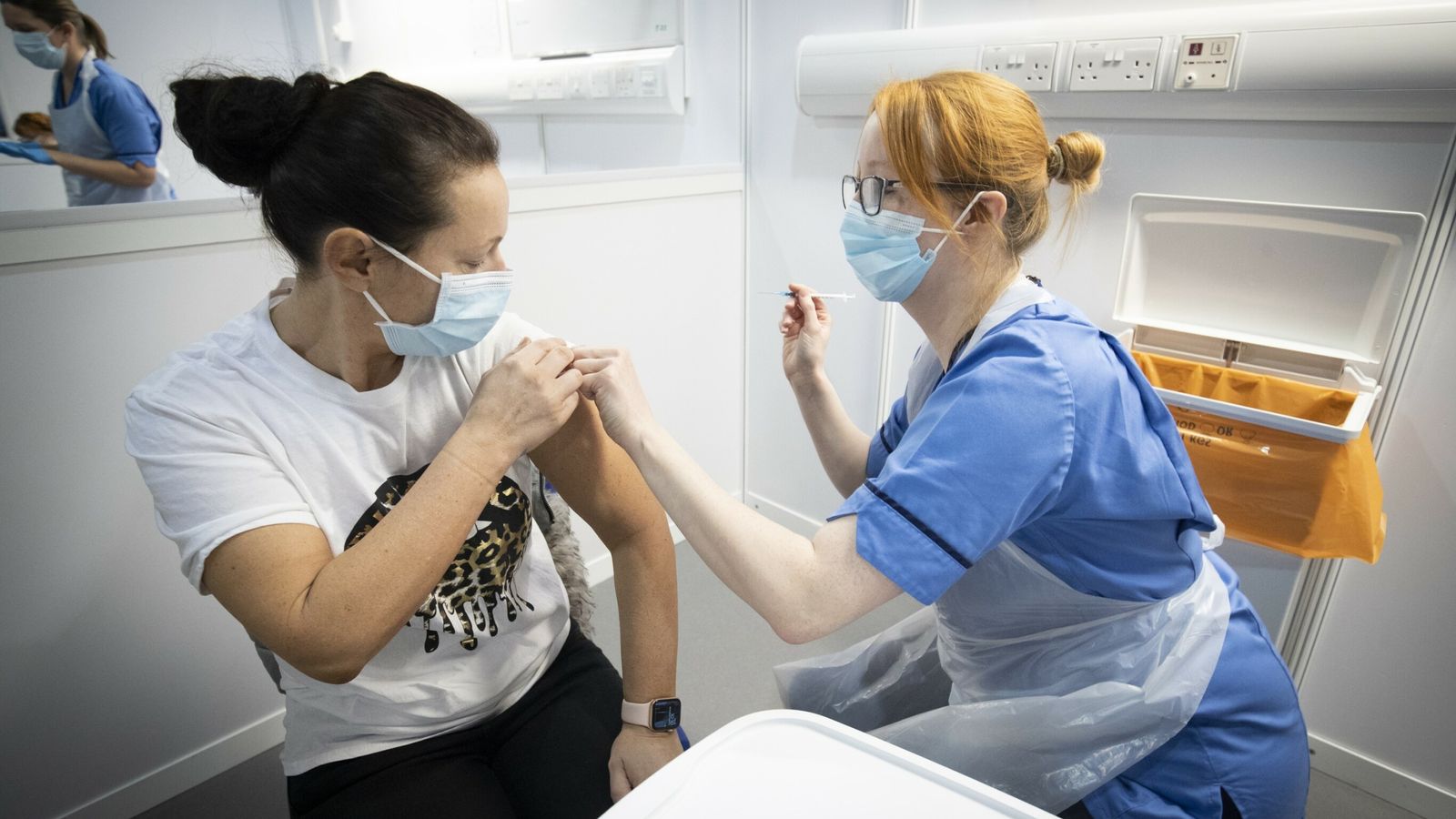 The UK has broken its record for the most coronavirus jabs given out in one day.

A total of 660,276doses were administered nationwide on Thursday, latest government figures show. That includes 528,260 first jabs and 132,016 second doses.

The UK is just short of giving first doses to half the adult population, at 49.9%.

Official data also shows that 4,802 new cases of COVID-19 were reported across the UK in the most recent 24-hour period, alongside 101 more deaths.

This compares with yesterday’s 6,303 infections and 95 deaths.

Concerns were raised this week after a leaked NHS letter revealed there will be a reduction in vaccine supplies next month due to problems with shipments from India.

Health Secretary Matt Hancock sought to allay fears after NHS bosses warned that the under-50s should not be invited for their first dose in April.

Mr Hancock said that the priority instead will be getting all people aged 50 and over, 16 to 64-year-olds with underlying health conditions, NHS and other frontline workers, and unpaid carers vaccinated with a first dose by 15 April.

This means that the under-50s will have to wait longer to get their first jab.

The government insists it is still on track to meet its target of offering all adults in the UK an inoculation by the end of July.

Speaking at a Downing Street news briefing on Thursday, Prime Minister Boris Johnson said: “We’ve always said in a vaccination programme of this pace and scale some interruptions in supply are inevitable and it is true that in the short-term we’re receiving fewer vaccines than we had planned for a week ago.

“We will receive slightly fewer vaccines in April than in March, but that is still more than we received in February.”

He said there would be no slowing down of the planned road map out of lockdown.

“We remain on track to reclaim the things we love, to see our families and friends again, to return to our local pubs, our gyms and sports facilities and of course our shops,” he said.

On Friday, Mr Johnson got his first Oxford-AstraZeneca vaccine dose, amid controversy in Europe this week over claims that the jab could be linked to blood clots.

Both the European and UK healthcare regulators have concluded that the benefits of the Oxford jab far outweigh the risks.