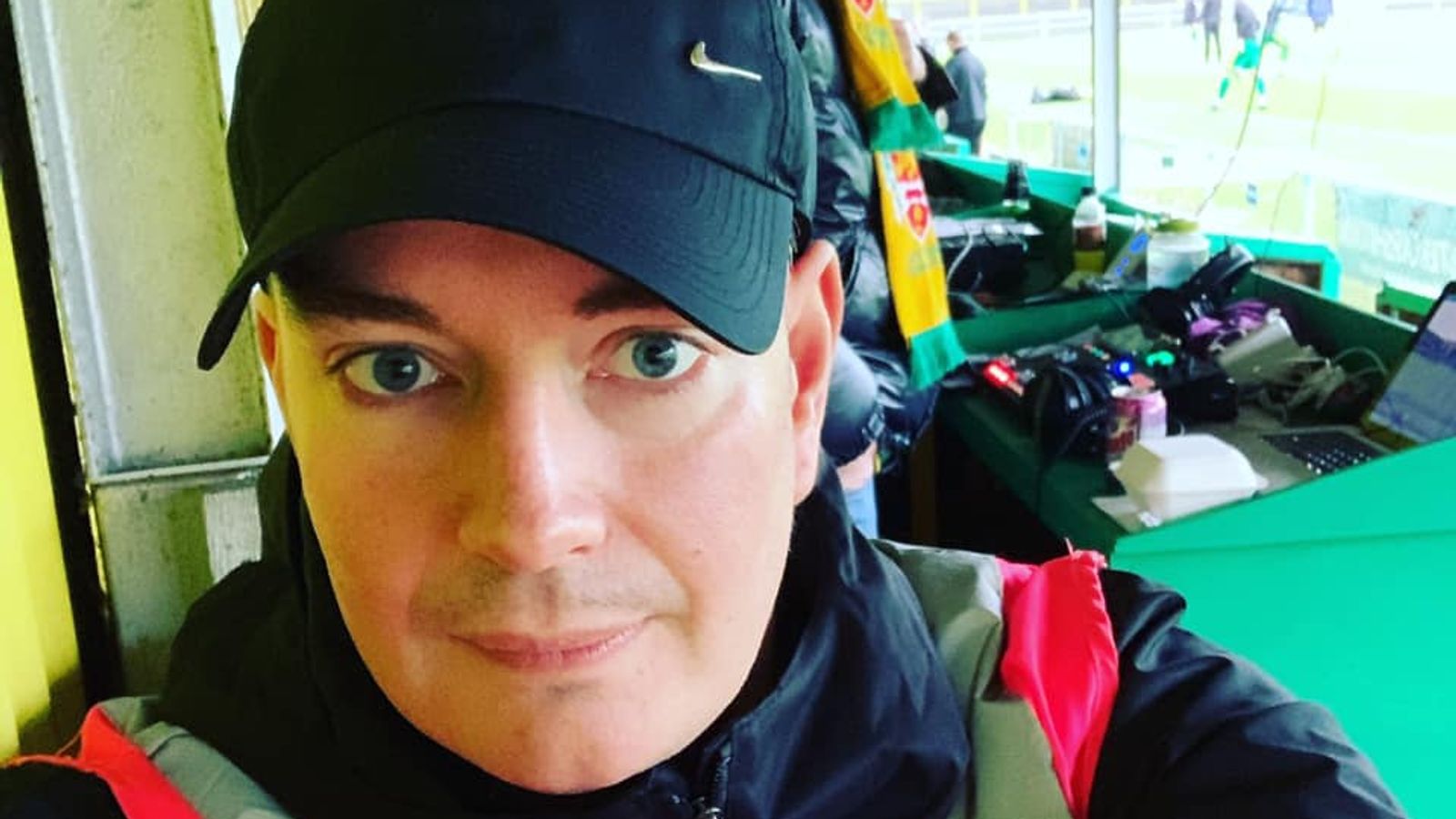 A cricket fan has been knocked for six after discovering his long-lost dad is a famous US boxing commentator – putting him in line for a reported £200m fortune.

Simon Edwards, a Hitchin Town FC steward and Letchworth cricket player, who lives with his adoptive parents in Hertfordshire, found out Bob Sheridan – nicknamed “The Colonel” – was his birth father after tracking down extended family in Galway, Ireland.

The pair are now in touch regularly and his celebrity father – who has presented thousands of fights, including the October 1974 contest between the late Muhammad Ali and George Foreman – is flying him out to Las Vegas this summer so he can join in his birthday celebrations.

Image: ‘The Colonel’ Bob Sheridan has invited Simon Edwards to Las Vegas for his birthday

Mr Edwards told his local newspaper The Comet: “I took a trip to Galway in 2019, and it was through a genealogy site I tracked some family down.

“My birth mum passed away in 1985, she had nine sisters and one brother – huge family out there – and they filled me in.”

Mr Edward’s birth mum was from County Clare in Ireland, and met the Boston sports commentator at the hotel she worked at when he was there on holiday.

“They obviously hit it off,” Mr Edwards continued. “Being unmarried and from a Catholic family in those days, she put me up for adoption.”

Sheridan, 76, told Fightnews.com that he learned about his son in England on the day of his wife’s funeral.

“Losing my wife Annie is the worst thing that ever happened in my life,” he said.

“About 30 people came back to my house where I had a pint of Guinness and I calmed down and then I got a call from people high up in the government and they told me without question that I had a 41-year-old son named Simon Edwards, and soon to be Simon Edwards Patrick Sheridan.

“We have talked on the phone every day. It is an inspiration in life for me. They took away my wife and the same day they gave me my long-lost son.”

He added: “The agency that called me, we have done a background investigation and this is a terrific kid who is a practising Catholic and is also a star athlete. He has all his own money and he doesn’t need you for money, he just wants to meet his father.

“I am flying him to Las Vegas on my birthday in June… everyone in my family is excited… we will have my party and Simon’s coming home party.”

Mr Edwards told The Comet: “All of a sudden all these superstars who are friends of his want to meet me.

“I went to Irish professional boxer Steve Collins’ house, and it turns out he knew my mum as well.”

He added: “It’s all very exciting – but I’m trying to take it all in my stride. My mum and dad here are over the moon – they’ve always said if I wanted to find them they would be behind me.”