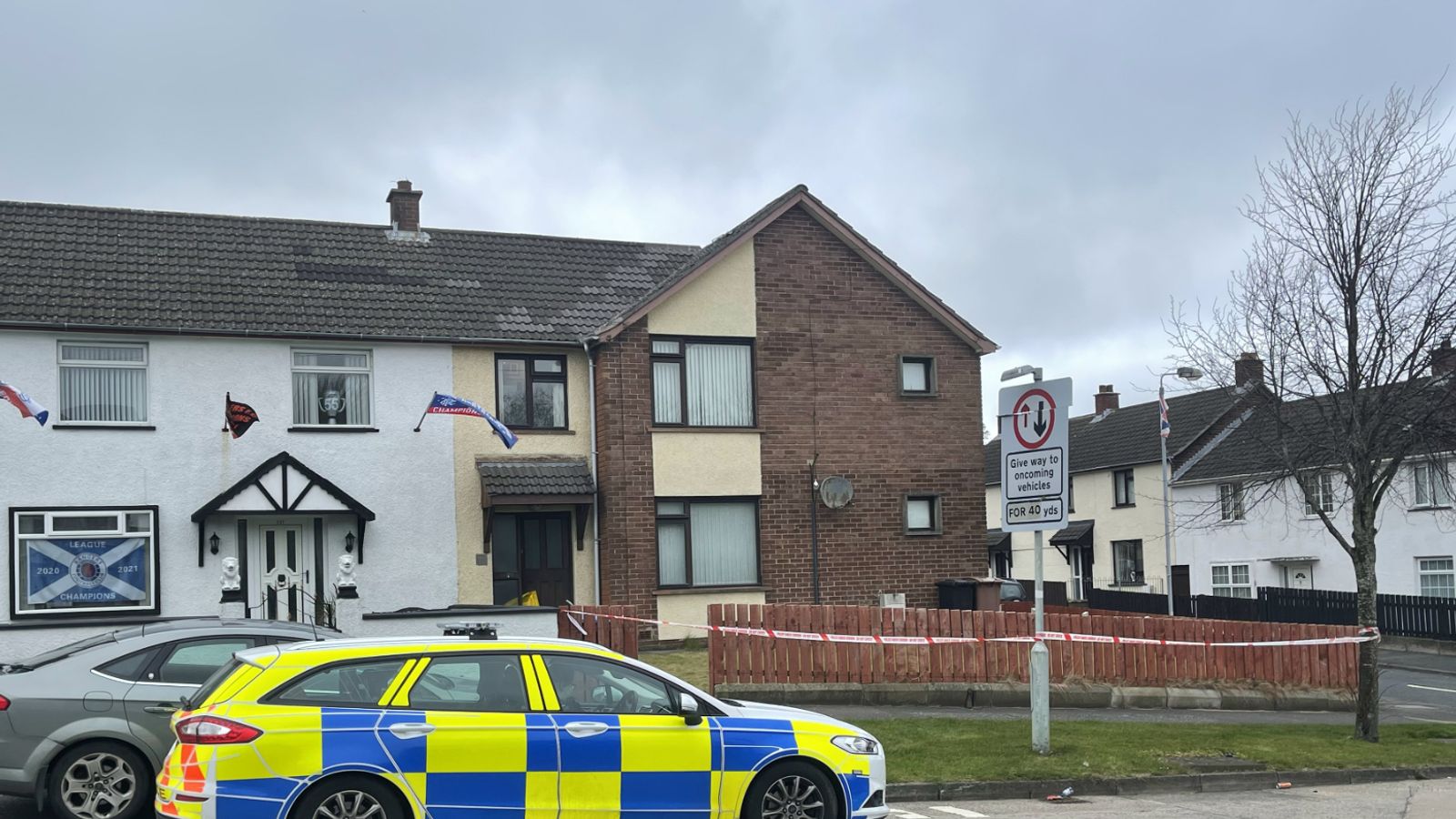 Police are investigating an apparent murder-suicide after two women and man were found dead.

The three bodies were discovered at two properties in Newtownabbey in County Antrim, north of Belfast.

It is understood that a man stabbed his mother and girlfriend during an incident on Friday night.

Image: Police understand that a man stabbed his mother and girlfriend during an incident on Friday night

Detectives investigating the double murder say the deaths are all linked and they are not looking for anyone else.

Detective Chief Inspector John Caldwell said officers received a report of a stabbing at a residential property in the Derrycoole Way area shortly before 11pm.

Police and the ambulance service were called and a woman was found dead inside.

DCI Caldwell said: “As officers carried out further inquiries, they attended a residential property in the Glenville Road area.

“An unconscious man was located in the property. Despite the provision of first aid, the man was pronounced dead.

Image: Detectives have confirmed that all the deaths were linked and are not looking for anyone else involved

“On searching the property, another deceased woman was located. While we have launched a murder investigation, we are not looking for anyone else in connection with these incidents which we believe are connected.”

Police have appealed for people with information to contact 101.

The north Belfast MP said: “My first thoughts are with the family and friends of the women who were brutally killed last night.

“It’s important to bear in mind that at the heart of this tragedy are grieving families.

“The local community are absolutely shocked and stunned by these killings.

“These brutal killings highlight once again the need to oppose all violence against women and the need for a Violence Against Women and Girls Strategy in the north.”