Census 2021: A snapshot of the UK as people give an insight into what results may look like 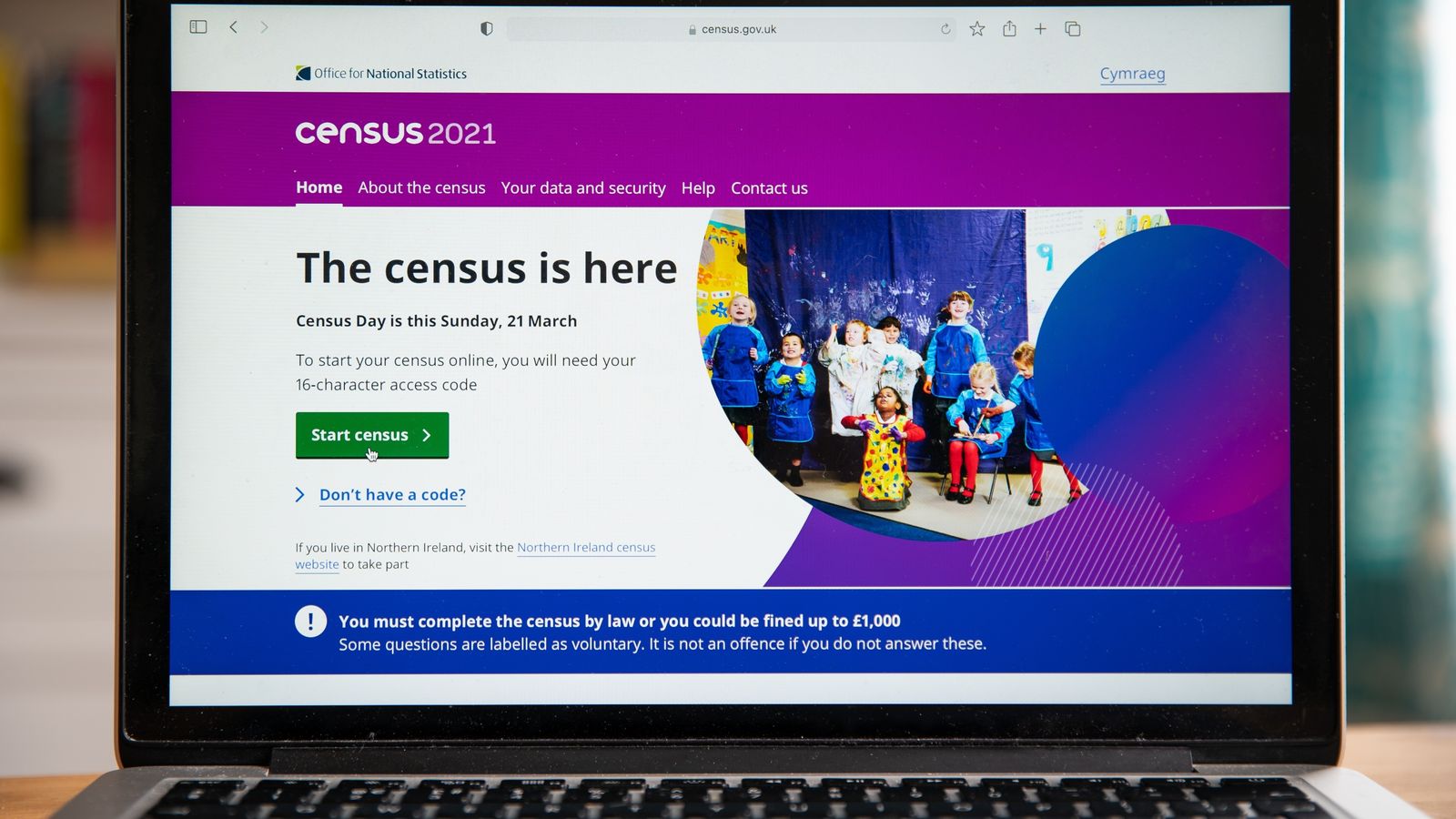 A snapshot of life across most of the UK is being captured today as millions of people complete the 2021 census.

Taking place every 10 years, people in England, Wales and Northern Ireland are filling in the census which will be mainly online for the first time since it started in 1801. Scotland’s will take place next year.

For the first time, there are questions on sexual orientation, gender identity and whether you have served in the Armed Forces – although they are optional and will remain anonymous.

Sky News correspondents interviewed people from different parts of the UK to gain an insight into what this year’s census results may look like and what may have affected how people answer.

Khakan Quereshi, 51, from Birmingham, hopes the new questions on sexual orientation and gender identity will help paint the first true picture of how many people are LGBT.

“I was really happy and excited to receive the census form this year because for the first time ever it mentioned sexual orientation, gender identity and religion,” he said.

Image: Khakan Quereshi said he is glad sexual orientation and gender identity have added to this year’s census

“They’re all voluntary questions which you don’t need to answer but I was really proud to state that I’m gay and Muslim because that hopefully means there will be a true reflection of the society that we’re living in.

“And people who are not necessarily comfortable in coming out to the community can remain anonymous and can also have an independent form sent to them.

“That will give us a truer indication of what services we need so hopefully services and funding will match up with that.

“I’m hoping that more south Asians and people from ethnic minority backgrounds will fill in the form as well because we keep complaining about lack of resources but I’m hoping the impact of the census this year will make everlasting changes for the better.”

“I’ve been in the UK since 2012 and came with the intention to stay. I have my wife and little son who was born in the UK,” he said.

Image: Gregory Jankovics said he never considered leaving the UK because of Brexit, but some of his friends have

“Because I’m operating a Polish shop, most of the products come from Poland so since Brexit prices have gone up and three’s been a slight interruption of deliveries.

“Brexit did not convince me to leave or go, I’ve had a plan for a long time to stay in the UK, it’s just a matter of time, after Brexit, everything should come back to normal.

“I have friends who left because of Brexit but they came here to earn money or find temporary work and did not have a plan to stay.

“Maybe Brexit made them leave faster but at the end of the day, those with long-stay plans won’t leave because of Brexit.”

Anupa Roper, 42, from Leicestershire, was a primary school teacher for 17 years but as a supply teacher found she was no longer needed when schools closed to most pupils during lockdown.

“I stopped working because my school weren’t having extra adults in – they were just having core staff,” she said.

Image: Supply teacher Anupa Roper has been unable to work during lockdown

With no income, she was forced to find other work, and has taken up writing and is working on a social media campaign.

She describes filling out the census questions on occupation as a “time of reflection”.

She said: “My identity as well as being a mum and a wife has always been as a primary school teacher and it made me reflect on what’s happened in the past year and what things will change in the future.

“It’s made me take stock of my life.

“Having to think about what I would tick – I had to ask my husband what to put down and in the end, I ticked ‘self-employed’ and it felt really strange.”

Saif Munir is from Doncaster and is a first-year film undergraduate in Leeds.

Born in Britain, of Pakistani heritage, Saif identifies as British.

“Being a British Asian is challenging because you do feel slightly out of the ordinary, but then you do feel British as well because that’s where you’re from,” he said.

Image: Saif Munir is of Pakistani heritage and was born in Britain

“It’s more to do with being British. Being a British citizen has everything to do with Britain.

“I was born here, so of course I support the country that I was born in. I feel wholly British.

“I feel like for the past ten years there’s been a lot of change. Many different cultures are much more accepted here now.

“You see everywhere people are influenced by different cultures from different regions so there is more acceptance all around.”