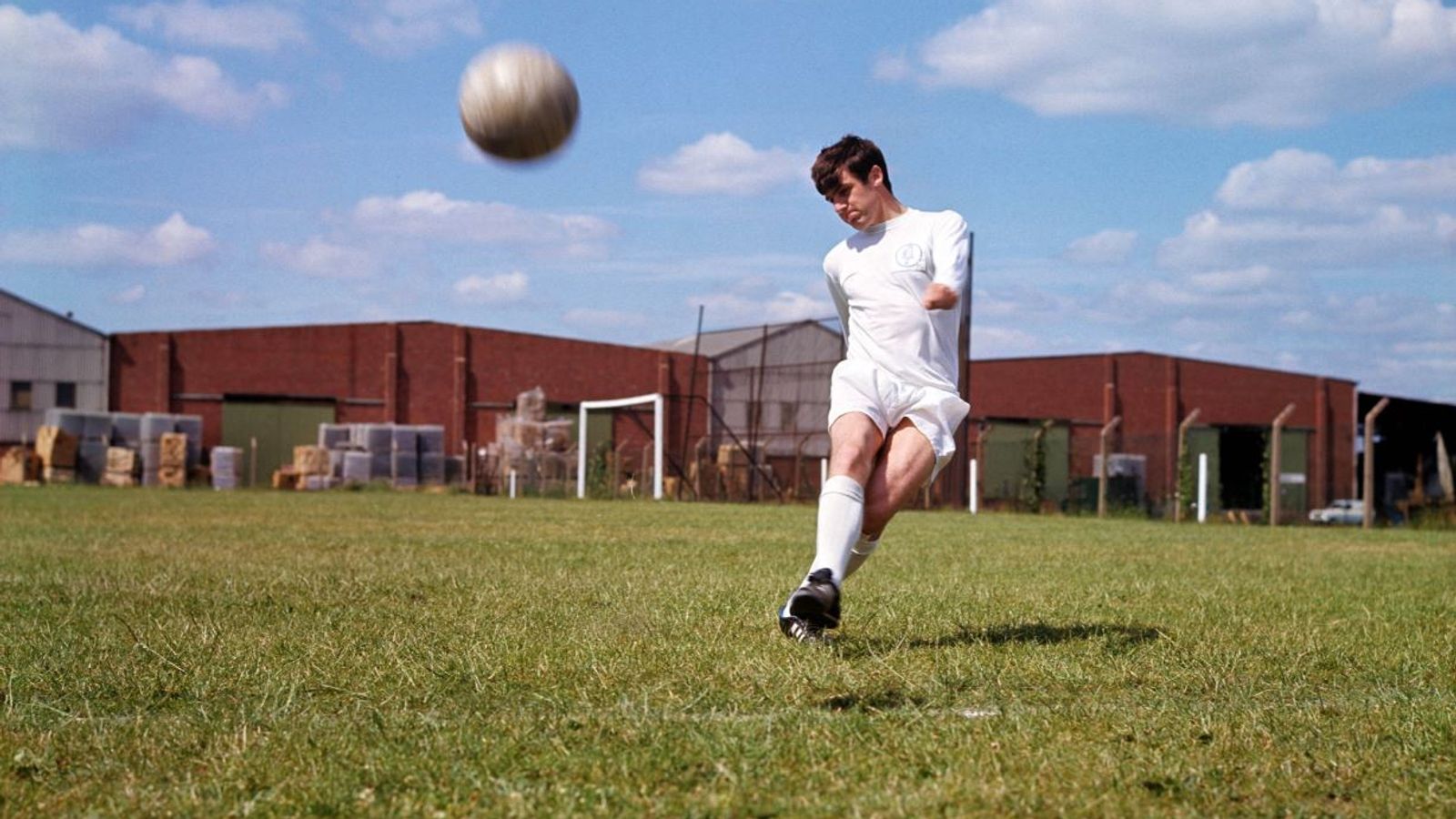 Midfielder Lorimer made 705 appearances and scored 238 goals over two spells with the club, winning every domestic honour, and also represented Scotland 21 times.

At the age of 15 years and 289 days he made his debut against Southampton in 1962 and remains the youngest ever player to play for Leeds.

Lorimer had been suffering from a long-term illness, the club said.

It is with great sadness, #LUFC has learned of the passing of club legend Peter Lorimer this morning at the age of 74 following a long-term illness

His death follows those of his fellow teammates from the famous Leeds side of the 1970s, Jack Charlton, Trevor Cherry and Norman Hunter, last year.

Current Leeds captain Liam Cooper tweeted: “Fly High Peter. A legend that we all aspire to be like. Sending all our love to Peter’s family.”

Lorimer helped Leeds claim seven trophies, including two league titles and the FA Cup, during his first spell at Elland Road between 1962 and 1979.

Earning the nickname “Hotshot Lorimer” and “Lash”, he once smashed a penalty that was recorded at 107mph.

Lorimer, who scored four times for his country, had a goal ruled out in the controversial 1975 European Cup final defeat to Bayern Munich.

He retired as a player in 1986 and was later appointed to Leeds’ board as a director.

In a statement the club said: “Peter’s contribution to Leeds United will never be forgotten and his passing leaves another huge hole in the Leeds United family.

“He will always remain a club icon and his legacy at Elland Road will live on.

“Our thoughts are naturally with Peter’s wife Sue and the rest of his family at this difficult time.