COVID-19: A year after first lockdown 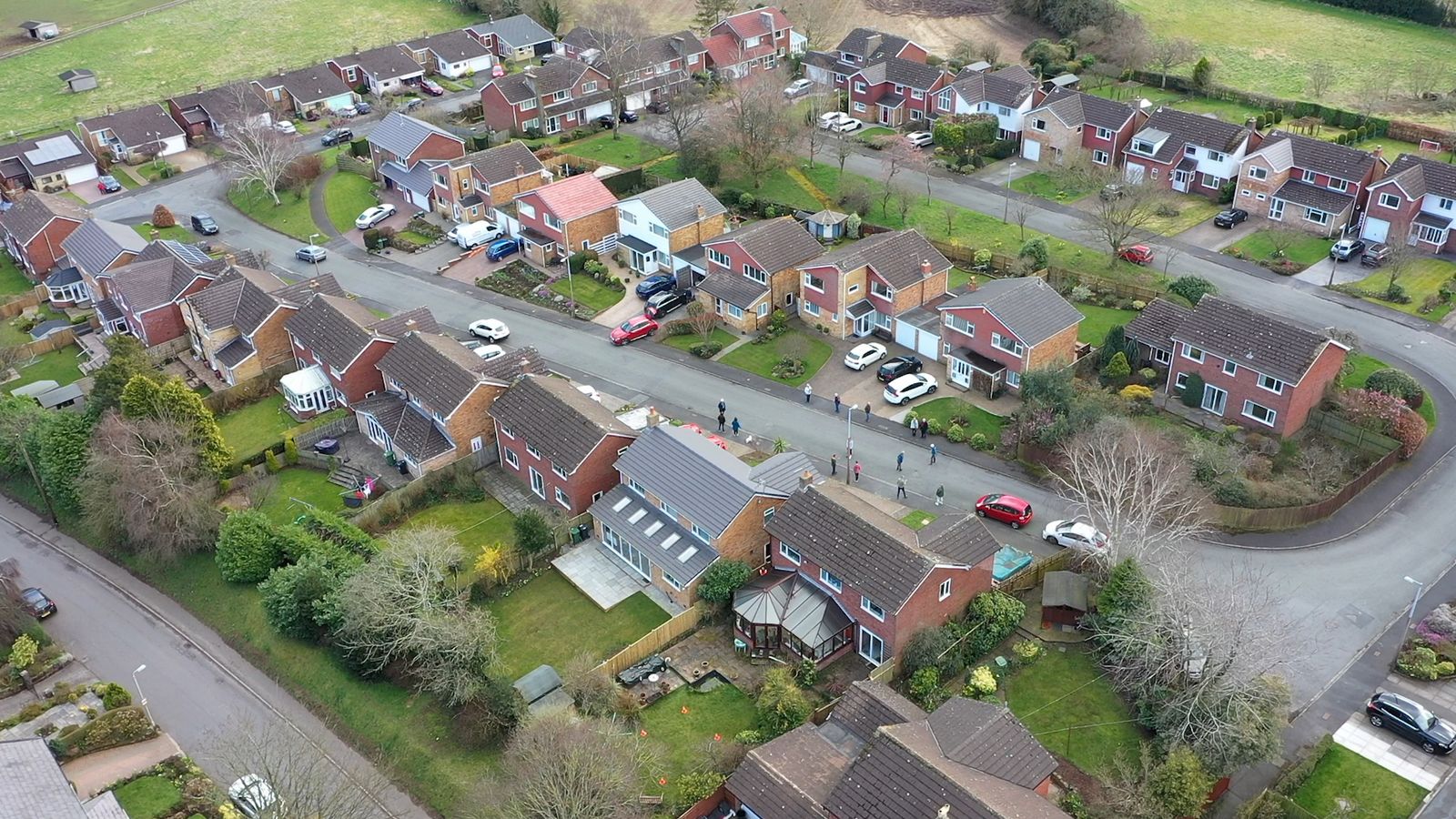 As we were all plunged into lockdown 12 months ago there was no manual to follow. Staying at home was something of a novelty.

On Springbourne, a quiet residential road on the edge of Frodsham in Cheshire, they got out and danced in the street with their neighbours at 11am each morning – and soon went viral online, prompting many others to give it a go.

“It was our way of shielding I suppose,” said fitness instructor Janet Woodcock who led the exercise sessions in the spring sunshine last year.

“We were here in our bubble, shielded from the reality, and the dancing was our happy hour.”

Through the course of 2020 the virus invaded everyone’s life in all manner of ways. The bubble on Springbourne didn’t protect the residents from loss, heartache, sacrifice or stress.

But the year also redefined family life and what it is to be a neighbour.

The dancing stopped as the weather turned and new rules came in, but everyone has shared the lived experience of this past year.

“I want a simple life after this,” resident Emma Whittle told Sky News. “I hope pace slows down.”

Last year had already started badly, with her father, Peter, ill in hospital before the pandemic struck. After three negative tests he left hospital and then tested positive.

Image: Emma Whittle and her father Peter, who was in hospital before the pandemic struck

“Suddenly there were no rules that fit with your expectations of what was happening,” she said.

“He went back into hospital, and after another extensive stay, there were a number of phone calls in the middle of the night but he’s here to tell the tale.

Everyone has made sacrifices.

A few doors down Joanna Lowe was completing yet another complicated puzzle with her 40-year-old son Simon. It has become their way of passing the time during the long winter lockdown.

“We did Venice last week – it’s quite addictive,” she laughed.

Ms Lowe is an optimist but, like so many others, has had to live with the pain of being apart from family. Her 43-year-old daughter Clare was born with profound disabilities and has never been able to speak – she lives at a “wonderful” residential centre which is seven miles away.

Image: Joanna Lowe and her son Simon, who have been passing time together by completing puzzles

“It has been difficult not seeing her,” Ms Lowe said. “She’s a very tactile person and it’s a bit hit and miss with the Zoom.

“At first Clare didn’t really know whether I was on the ceiling or coming through the door.

“She could hear my voice but didn’t know where it was coming from.”

There has only been a handful of visits over the year but last Sunday the two were together for the first time since Christmas.

“It was wonderful… I’m booked in for the next four Sundays and I can’t wait,” Ms Lowe said.

Next door, sports writer David Anderson finally has his house back after home schooling ended.

“We have walked the highways and byways of Frodsham and spent more time than ever as a family.

“It is extraordinary how things that would have seemed so alien a year ago are now just part of normal life.”

The pandemic has been dominated by the grim reality of what we have all faced this year but people have also reconnected on roads like Springbourne.

They have been forced into it but nobody here wants their new-found togetherness to slip away in favour of how life was before.