COVID-19: Cineworld to reopen in May in time for blockbuster releases as lockdown eases 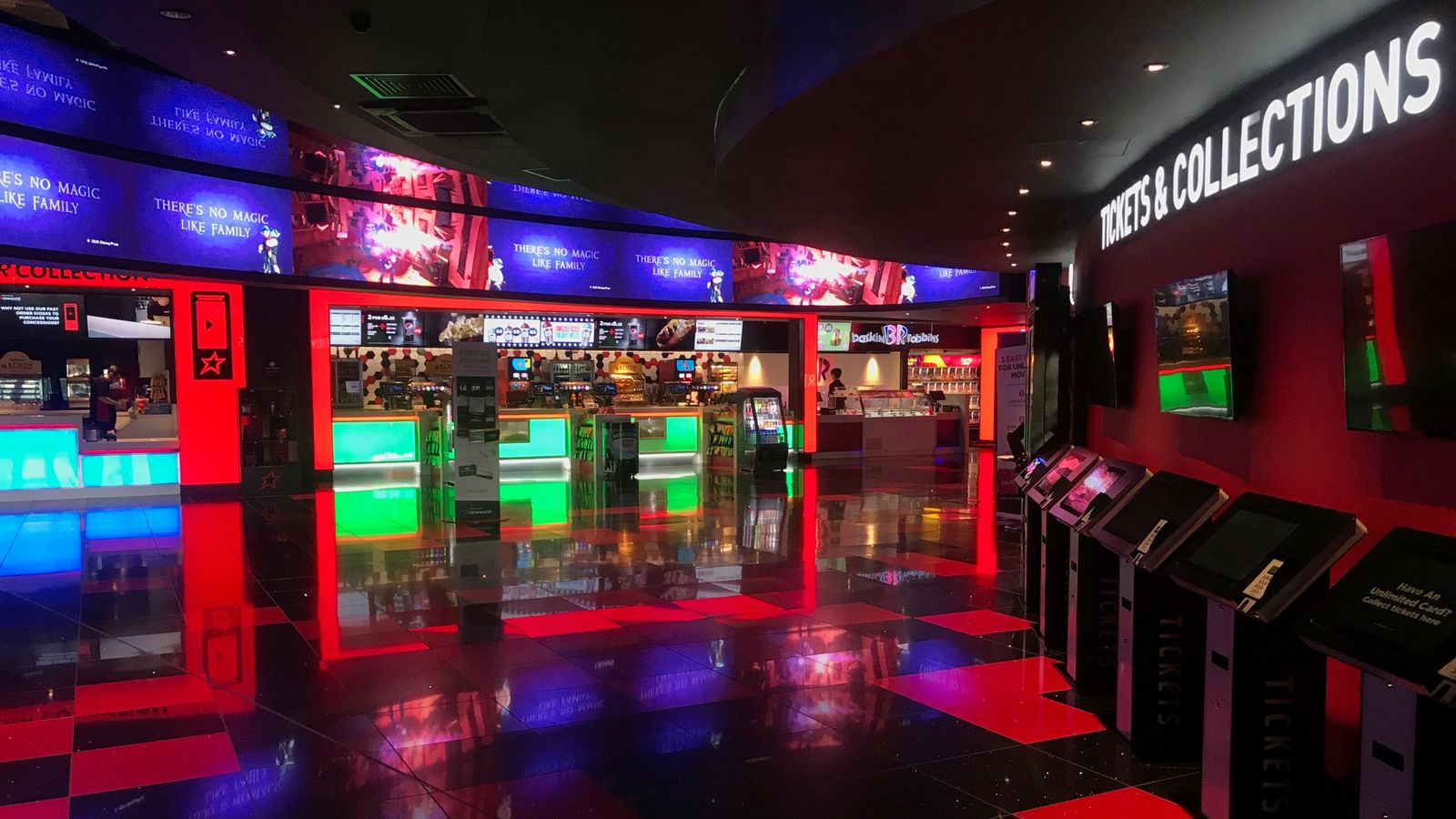 Cineworld has confirmed it plans to reopen cinema screens in the UK in May, in line with current government guidance.

The company will reopen its Regal cinemas in the US from April.

It means venues will open their doors in time to screen big-budget movies including Godzilla vs Kong after prolonged shutdowns during the COVID-19 crisis.

Image: The new James Bond film No Time To Die is one of those delayed by the pandemic

A multi-year agreement with Warner Bros has also been agreed meaning for an exclusive 31-day period it can show the studios’ films prior to them being available on streaming services.

The deal will also give it an extended window of 45 days for films that open to an agreed upon box office threshold.

“We are very happy for the agreement with Warner Bros,” chief executive Mooky Greidinger said.

“This agreement shows the studio’s commitment to the theatrical business and we see this agreement as an important milestone in our 100-year relationship with Warner Bros.”

It marks what the company hopes will be the end of a difficult year.

In October it closed 127 Cineworld and Picturehouse cinemas in the UK and 536 Regal sites in the US, putting thousands of jobs on ice.

It was given a lifeline the following month after securing $750m (£552m) funding to see it through the crisis.

Shares in the group – which lost three-quarters of their value since the start of 2020 – surged by 20% with the news at the time, on the belief that it would be able to cash in on a bonanza of delayed blockbusters in 2021.

Image: Cineworld is one of the world’s biggest cinema operators

The packages includes $450m (£331m) in new loans as well as issuing warrants which could hand around 10% of shares in the company to creditors.