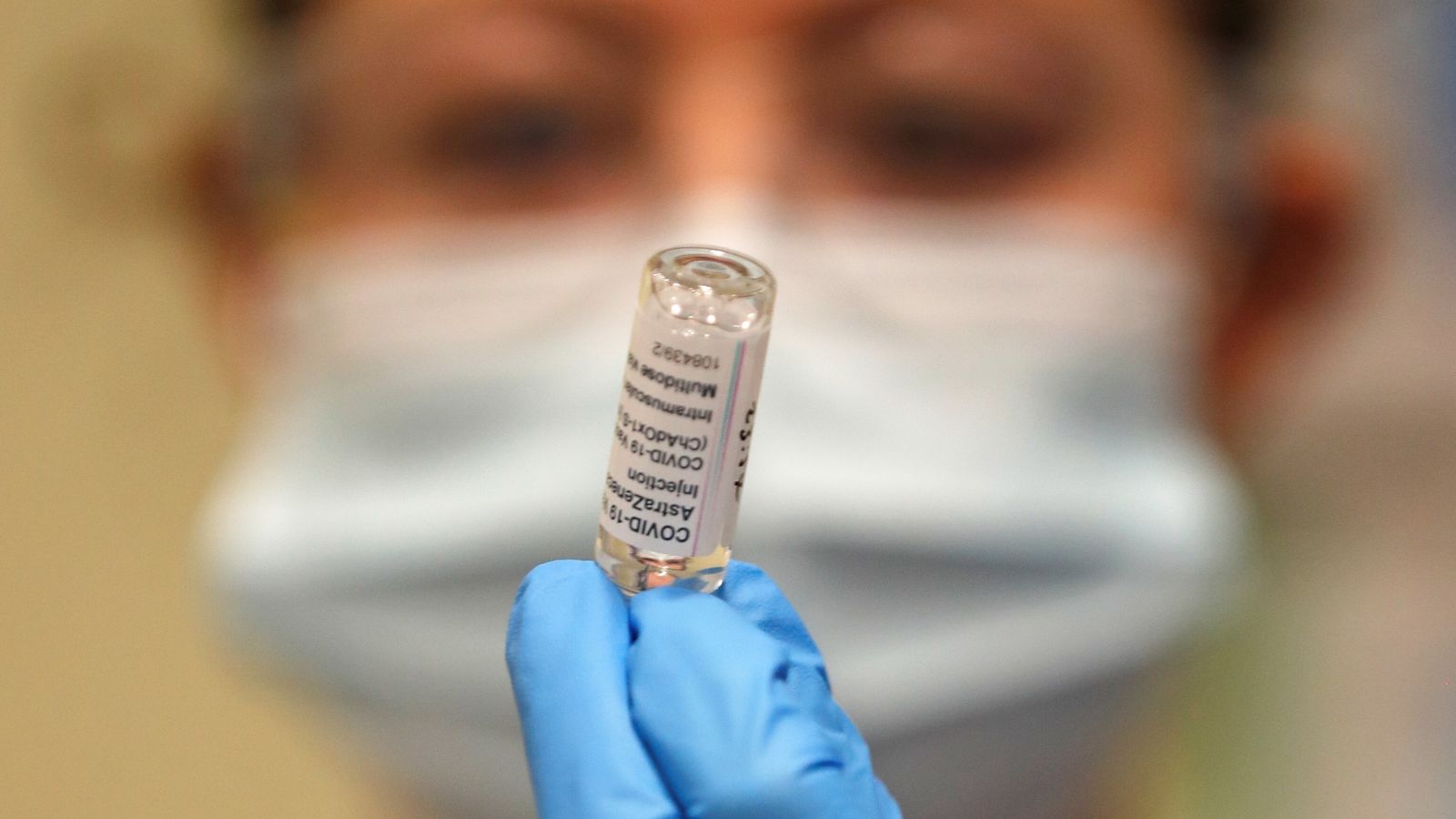 The UK has recorded 17 coronavirus deaths in the latest 24-hour period – the lowest daily figure since late September.

The number is a marked fall from last Monday, when the UK reported 52 deaths that had taken place within 28 days of a positive COVID-19 test.

The last time the number of daily deaths was lower was on 28 September, when 13 were recorded.

It comes as the UK’s record-breaking vaccination streak has ended, after 367,006 first doses and 52,612 second doses were administered in the last 24 hours.

Saturday had been the third consecutive day with a record number of coronavirus vaccinations as 844,285 people received a jab – a figure that was first reported on Sunday.

During one hour on Saturday, vaccinations were being given out at a rate of nearly 27 every second, NHS England had said.

The vaccine roll-out is showing the best of Britain – THANK YOU to the team involved. pic.twitter.com/YGV7llxyGQ

It meant that roughly 1.3% of the UK population received a vaccination in that 24-hour period – and more than 2.24 million people received a jab over the three record-breaking days.

It comes as the UK moves closer to the end of March, when the supply of vaccines is expected to be reduced due to problems with shipments from India.

NHS bosses have said that people under 50 should not be invited for their first dose in April so that the available supply can be concentrated on those aged over 50 and adults of all ages with underlying health conditions judged to put them at higher risk.

The government is aiming to get the top nine priority groups vaccinated at least once by 15 April and this, combined with the need for people to receive their second dose no longer than 12 weeks after their first, will mean that the under-50s will have to wait longer for their first jab.

The government insists it is on track to offer all adults in the UK at least one dose of the vaccine by the end of July.

Meanwhile, figures for local authority areas in England (in the seven days to 18 March) show: