COVID-19: Vaccines could be made mandatory for care workers, says Matt Hancock 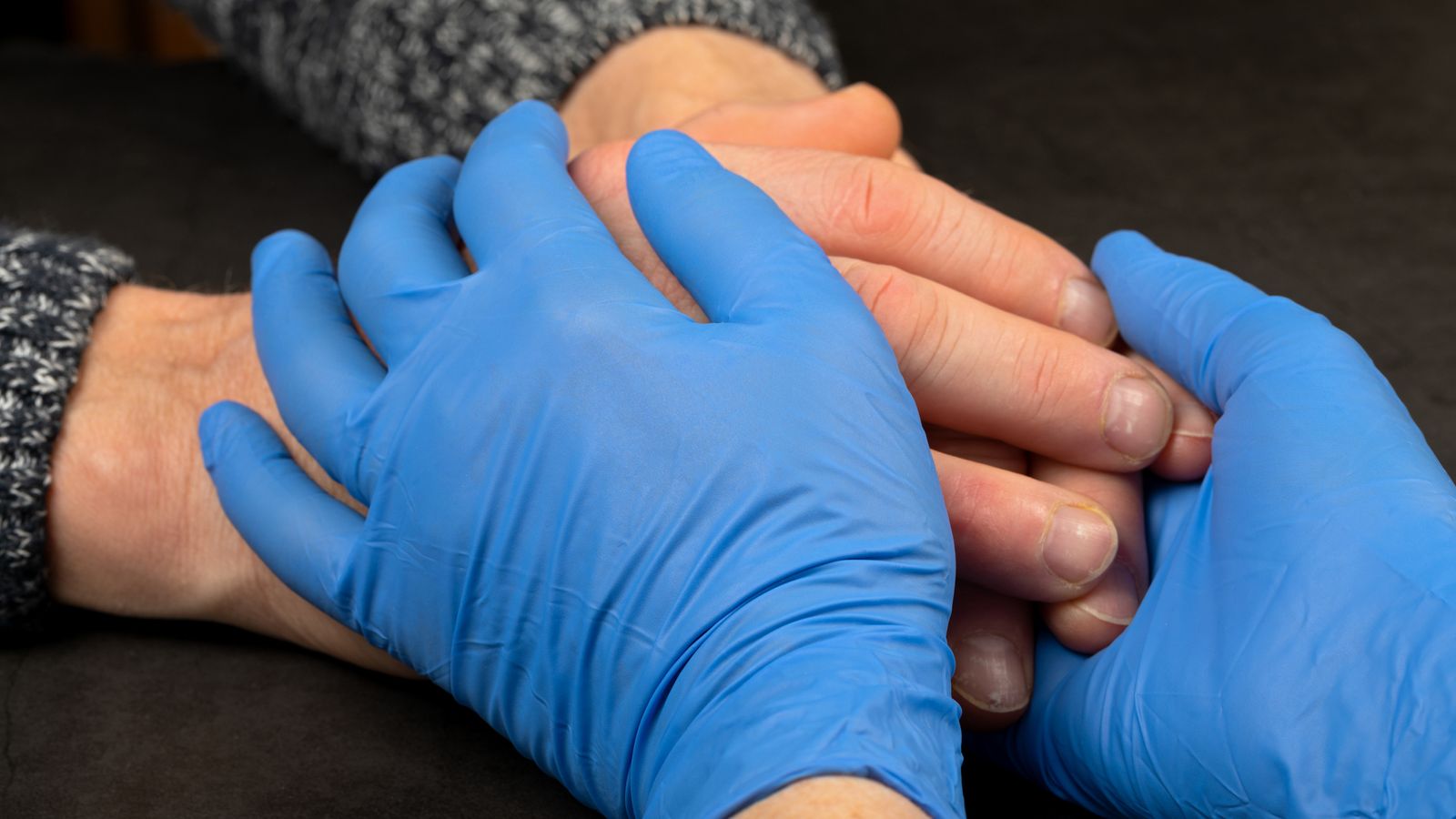 Getting a COVID vaccine could be made mandatory for care workers who look after the most elderly, the health secretary has told Sky News.

Matt Hancock said that, while vaccines would not be made mandatory for the general public, they could be required for those whose profession sees them work with the most vulnerable.

He admitted that while more than 90% of elderly care home residents had now received COVID jabs, the take-up of vaccines among staff was lower – although more than 75% had now had a jab.

According to the Daily Telegraph, a draft government document includes details of plans to put in place legislation to require vaccinations among care workers.

Asked about those reports, Mr Hancock stressed “no decisions have been taken”.

But he acknowledged the issue was being looked into by a government taskforce, which is considering questions around COVID certification to either prove someone has had a vaccine or has tested negative.

Mr Hancock said the taskforce, led by Michael Gove, the chancellor of the Duchy of Lancaster, was looking “both at these questions around international travel, but is also looking at the question of whether – in order to be able to care for people professionally – then you ought to have protected yourself so you can’t infect others”.

He added there were “important moral questions” around the issue, but highlighted a “clear precedent for this proposition” was the existing requirement for NHS doctors to have a Hepatitis B vaccine.

“At the moment what we’re looking at is for those who work in elderly care homes, on the grounds that they are the most vulnerable to this disease,” the health secretary said.

“That’s why they were in the very first cohort of the groups to be vaccinated.

“It’s something some care homes have actually called for, because it would require a change in the law through secondary legislation.

“And, therefore, I entirely understand why some care homes wanting to take that duty of care over those who are in that home – for the residents – are keen for us to be able to take this step so that they can require people who otherwise pass on the virus to take the vaccine.”

However, Frances O’Grady – the general secretary of the Trades Union Congress – warned against the move.

“As well as damaging trust and employee relations, this may be discriminatory,” she posted on Twitter.

“Employers should encourage their workers to get vaccinated and make it as easy as possible – eg by giving paid time off for appointments.”