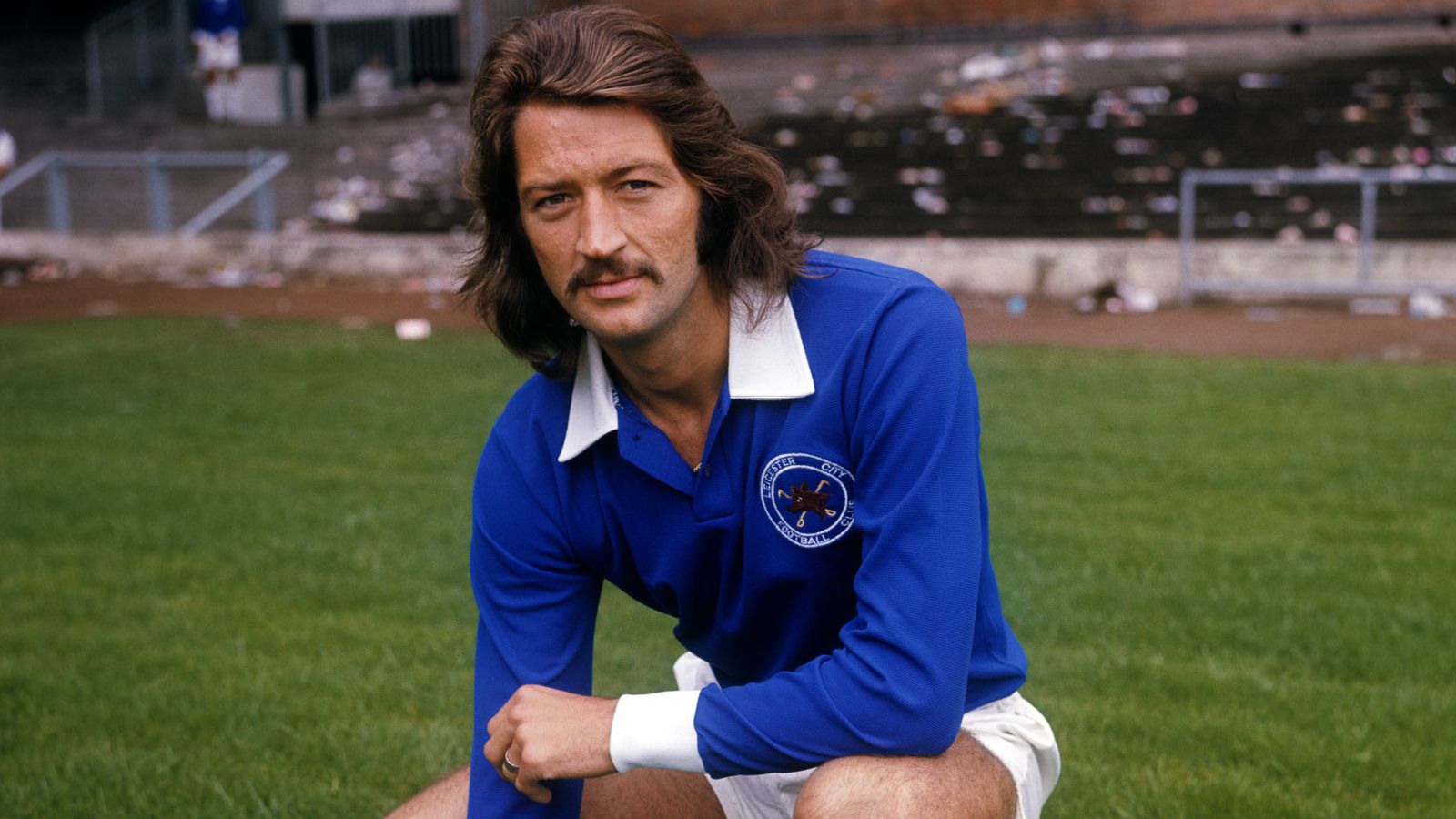 Former Huddersfield, Leicester and England striker Frank Worthington has died at the age of 72, his family have announced.

A spokesperson for his wife Carol said he died peacefully in hospital in Huddersfield following a long illness.

“Frank brought joy to so many people throughout his career and in his private life,” Carol Worthington said.

“He will be greatly missed by everyone who loved him so much.”

It is with great sadness that Bolton Wanderers has today learned of the passing of club legend Frank Worthington.

Our thoughts and prayers are with his family and friends. pic.twitter.com/tEYRFCaw1P

Worthington’s daughter, Kim Malou, said on Facebook in 2016 that he had been diagnosed with Alzheimer’s disease, but he issued a statement the following day denying he had the condition.

Worthington won eight England caps and represented more than 20 clubs in a long career, playing in 22 consecutive seasons, beginning in 1966-7. He went on to score 266 goals in 882 appearances in all competitions.

Fourteen of those seasons were in the top flight, where he notched up 150 goals in 466 matches, winning the Golden Boot Award ahead of Kenny Dalglish and Frank Stapleton in 1978-79.

At all 11 of his Football League clubs, which included Bolton, Birmingham, Leeds, Sunderland, Southampton and Brighton, he became a cult hero among fans.

A rock-and-roll lifestyle appeared to have cost him a dream move to Bill Shankly’s Liverpool in 1972.

Shankly was ready to break the Merseyside club’s record transfer fee to sign Worthington for £150,000, but he failed a medical because of high blood pressure.

Shankly then sent Worthington to Majorca for a holiday, but the 23-year-old continued to party, failing a second medical after getting back.

He later said it was the only regret of his career.

Leicester snapped him up instead, and while he carried on partying, he made all his senior England appearances during his time with the Foxes.

His first club, Huddersfield, said everyone there was “devastated to hear of the passing of Town legend Frank Worthington”.

Profoundly saddened to hear that Frank Worthington has died. He was my boyhood hero when he was at @LCFC. A beautiful footballer, a maverick and a wonderful character who was so kind to this young apprentice when he joined the club. RIP Frank (Elvis).

Another of Worthington’s clubs, Tranmere Rovers, said he was a “truly great entertainer”.

Gary Lineker tweeted that he was “profoundly saddened” to hear of Worthington’s death, adding: “He was my boyhood hero when he was at Leicester City.

“A beautiful footballer, a maverick and a wonderful character who was so kind to this young apprentice when he joined the club. RIP Frank (Elvis).”

Worthington was born in the West Yorkshire village of Shelf, halfway between Bradford and Halifax, on 23 November 1948.

His father, Eric, was released by Manchester United before the Second World War and went on to play for Halifax as an inside forward.

Older brothers Dave and Bob, both defenders, also had long and successful Football League careers, most notably with Grimsby and Notts County respectively.

COVID-19: Vaccines could be made mandatory for care workers, says Matt Hancock