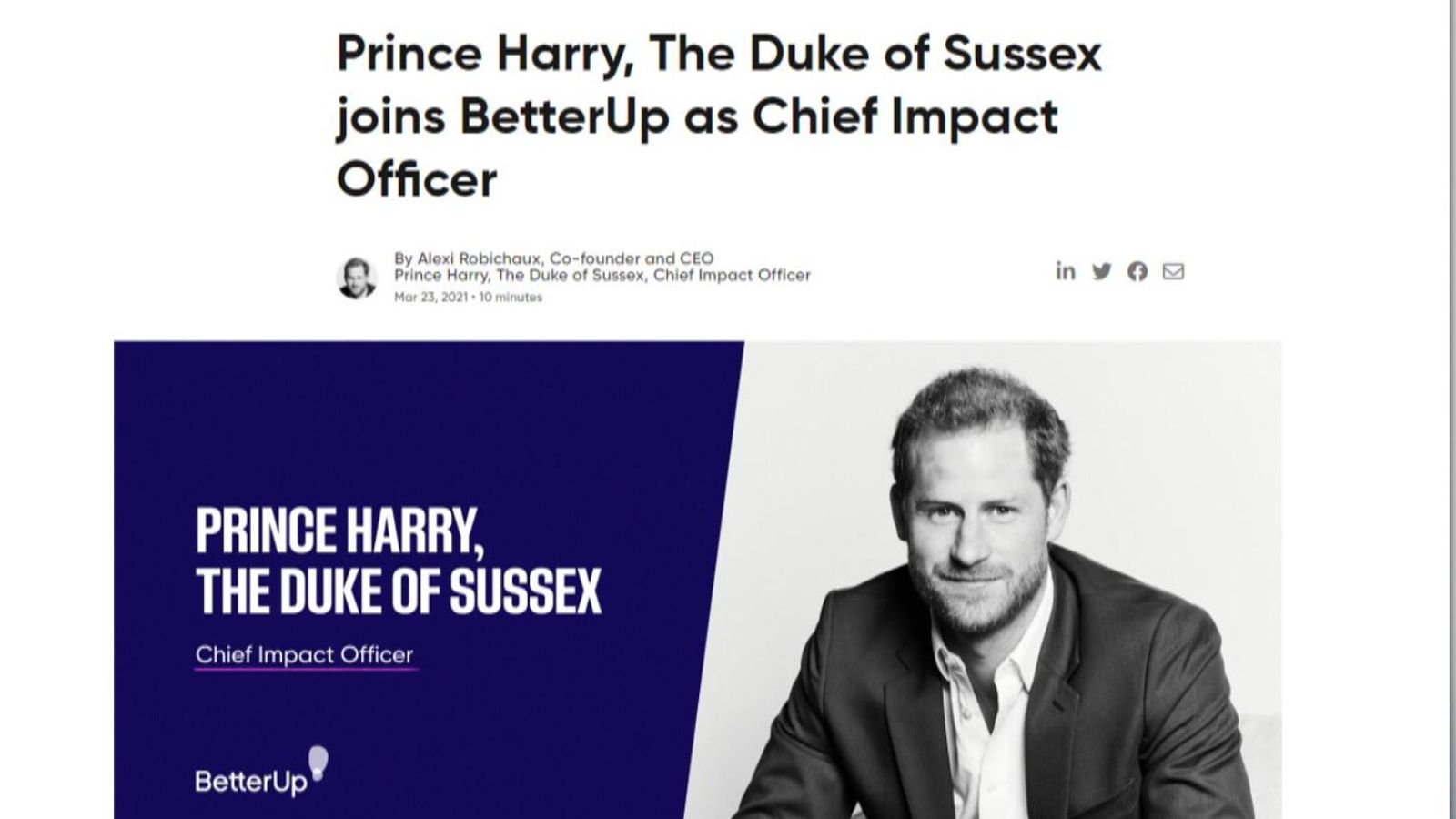 When the San Francisco offices of the Duke of Sussex’s new employer are finally reopened post-pandemic, it is said he will be attending meetings there.

If he does call by, he is in for an eye-opening lesson in how the other half lives.

The shutters have been pulled closed for some time at the headquarters of BetterUp, the personal coaching app which has appointed Harry as its chief impact officer. Remote working has kept staff away and the building deserted.

On the day Harry’s new job was announced, nuzzled up against the side of the offices, a man snoozed in the morning sun on a cardboard bed. A team offering free meals walked the surrounding streets.

Image: A homeless man sleeping on the pavement outside the headquarters of BetterUp

This part of SoMa, the area south of Market Street, like much of the glistening city by the bay, continues to face the challenge of a major homelessness crisis.

The duke will now be a part of that strange intersection, between some of America’s smartest problem solvers and its most crushing social problems, that has grown to define modern San Francisco.

In this district of huge warehouses and lofts though, there was a warm welcome for the incoming duke.

“Is he going to work on the front desk down there?” joked Raoul Sanchez, owner of the Cento Coffee Shop. The Arsenal shirt on his wall and British hits of the 60s playing on the sound system might make an arriving Brit feel more at home.

“It’ll be great for the area and he’s welcome to come in for coffee.”

Harry will undoubtedly be less keen than Raoul on the prospect of the tabloids calling by.

Emily Quiles was equally enthusiastic at Harry’s role in the Silicon Valley bubble.

“If he comes into it with his heart, that’s great. Part of the San Francisco community is just that, community, and it seems he’s willing to bring that.

“I read that he’s going to work on mental health and that’s also really great considering his wife’s situation, it’s a really great step forward and I support it.”

For its problems, there are few more open, tolerant and creative cities than San Francisco.

To many Americans, the fallout of THAT interview with Oprah has been to make them feel closer to the duke and duchess.

At the Mac Attack, a restaurant specialising in what Americans call ‘Mac n cheese’, they are licking their lips at the prospect of seeing more of the duke.

Lorry driver charged after ‘trying to smuggle migrants out of UK’