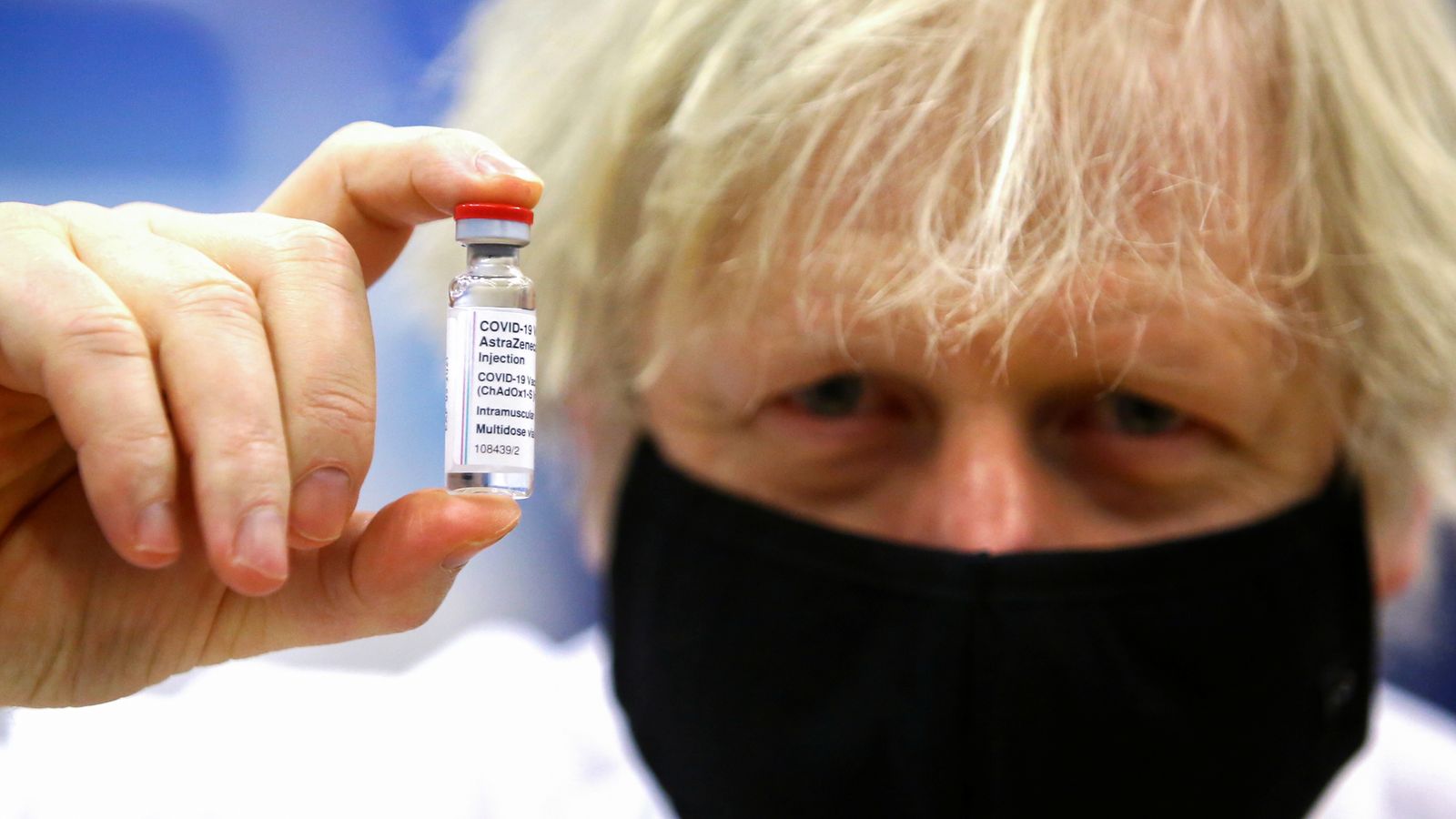 Ways to boost COVID vaccine supplies and improve the rollout across the continent will be discussed by EU leaders today.

During the virtual talks, the European Commission is expected to ask them to support plans for added controls on vaccine exports.

It follows a statement on Wednesday in which the UK and the EU have said they are working on steps to create a “win-win situation” over vaccine distribution.

The statement said: “We are all facing the same pandemic and the third wave makes co-operation between the EU and UK even more important.

“We have been discussing what more we can do to ensure a reciprocally beneficial relationship between the UK and EU on COVID-19.”

It said the UK and the EU are working on short, medium and long-term steps “to create a win-win situation and expand vaccine supply for all our citizens”.

The statement came just an hour after Boris Johnson told MPs he does not think blockades of “either vaccines or of medicines or ingredients for vaccines are sensible”.

And in a further warning, he added: “I would just gently say to anybody considering a blockade, or interruption of supply chains, that companies may look at such actions and draw conclusions about whether or not it is sensible to make future investments in countries where arbitrary blockades are imposed.”

Mr Johnson was answering a question from former health secretary Jeremy Hunt about vaccine nationalism, hours after the European Commission said it was introducing an export authorisation mechanism based on “proportionality” and “reciprocity”.

Revealing the plan earlier on Wednesday, European Commission President Ursula von der Leyen said “open roads should run in both directions”, adding: “The EU has an excellent portfolio of different vaccines and we have secured more than enough doses for the entire population.

“But we have to ensure timely and sufficient vaccine deliveries to EU citizens. Every day counts.”

The proposals recommend more transparency and reciprocity but do not go as far as including a ban on exports to the UK.

The EU said the new regulations would consider whether the destination country restricts its own exports of vaccines or their raw materials “either by law or other means”.

It would also consider whether the “conditions” in the destination country are better or worse than the EU’s “in particular its epidemiological situation, its vaccination rate and its access to vaccines”.

The PM faced some of his sternest critics as he answered questions for nearly two hours from MPs of all parties on everything from COVID to the economy.

Mr Johnson’s comments came after he had earlier joked to Tory MPs in a private meeting that “capitalism” and “greed” were the reasons the UK’s vaccination rollout has been so successful.

But as he risked inflaming tensions with the EU amid its slow jab rollout, he backtracked, adding: “Actually I regret saying it. Forget I said that.”

One MP at the meeting said the remarks were a “complete joke” and Mr Johnson was talking about AstraZeneca “being philanthropic in non-profit production”.

“It’s pretty cheap to distort the meaning for political gain,” they added.