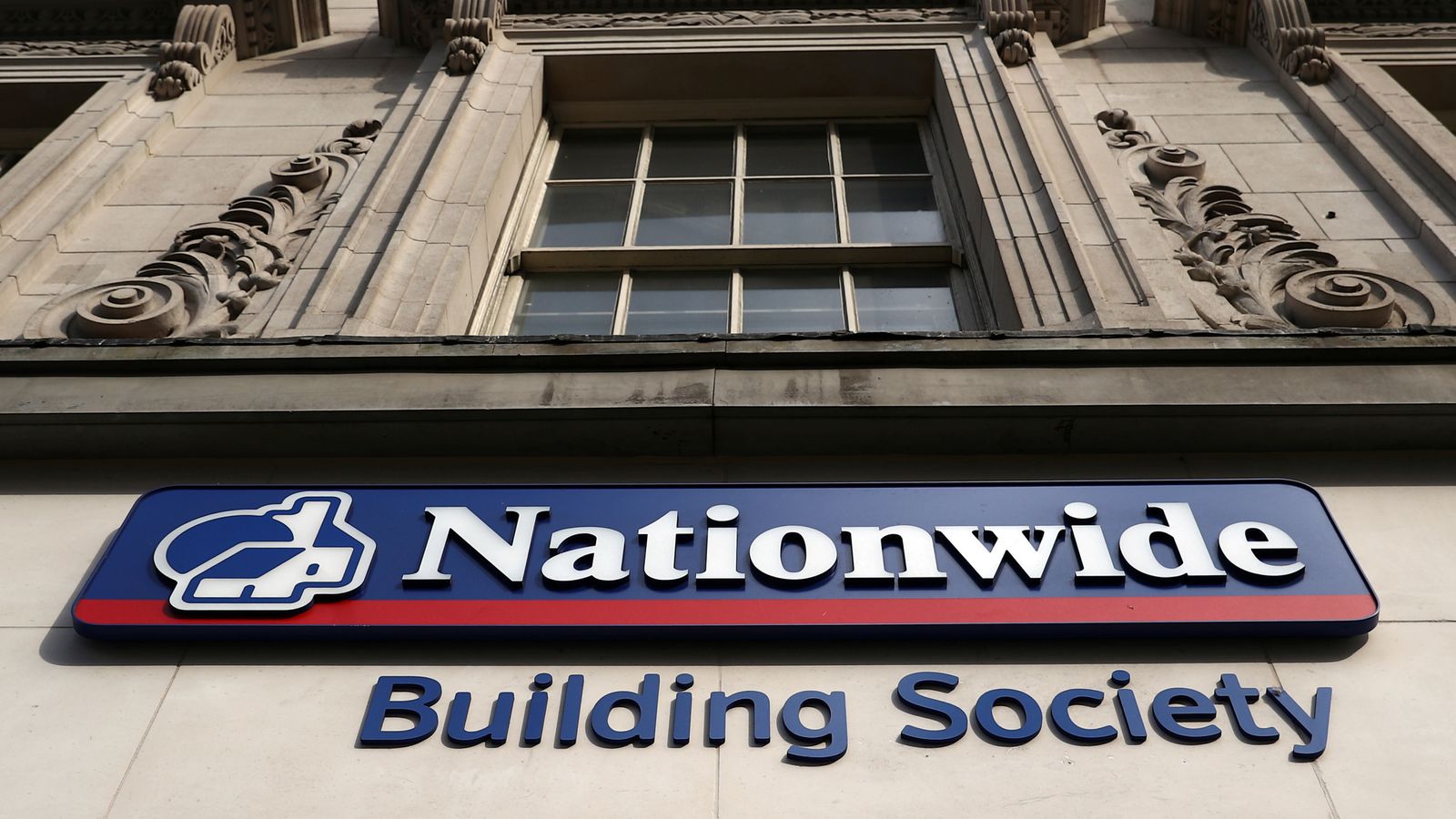 The UK’s biggest building society has told 13,000 staff they can “work anywhere” while revealing plans to drastically cut back office space in the wake of the coronavirus crisis.

Nationwide Building Society’s offer to workers is the most relaxed approach to remote working taken by an employer within the UK banking sector to date as lockdowns start to ease.

The mutual said it would not renew the leases on three offices in its Swindon base but retain its headquarters in the town.

Image: Working from home proved tough for parents who had to juggle work and schooling before pupils returned

Those affected have been used to commuting to desks in normal times but have been mostly working from home (WFH) since COVID-19 pandemic restrictions began a year ago, forcing them, and millions of others, to remain at home.

Nationwide’s move goes further than rivals including HSBC, Lloyds and NatWest who have all announced plans to cut office space but are likely to still require staff to come in on some days.

The shift is seen as an opportunity among many employers to cut costs and allow staff more freedom to manage their own time.

Sky News reported last week how British Airways and the owner of the Daily Mirror, Reach, were among other major employers to signal a more permanent switch to remote working.

Image: BA may sell its west London HQ to save costs

In Nationwide’s case, chief executive Joe Garner told Sky’s Ian King Live the move did not signal the end of the office but a desire for more “flexibility” among employees, saying they had clearly demonstrated they could be more productive at home.

Nationwide said it would continue to invest in office space by installing more collaboration spaces but with fewer traditional meeting rooms.

The lender added that it was also planning more quiet areas and said that any traditionally office-based workers would be able to join colleagues in branches.

COVID-19: Over-50s urged to book a jab before rollout slows down from Monday