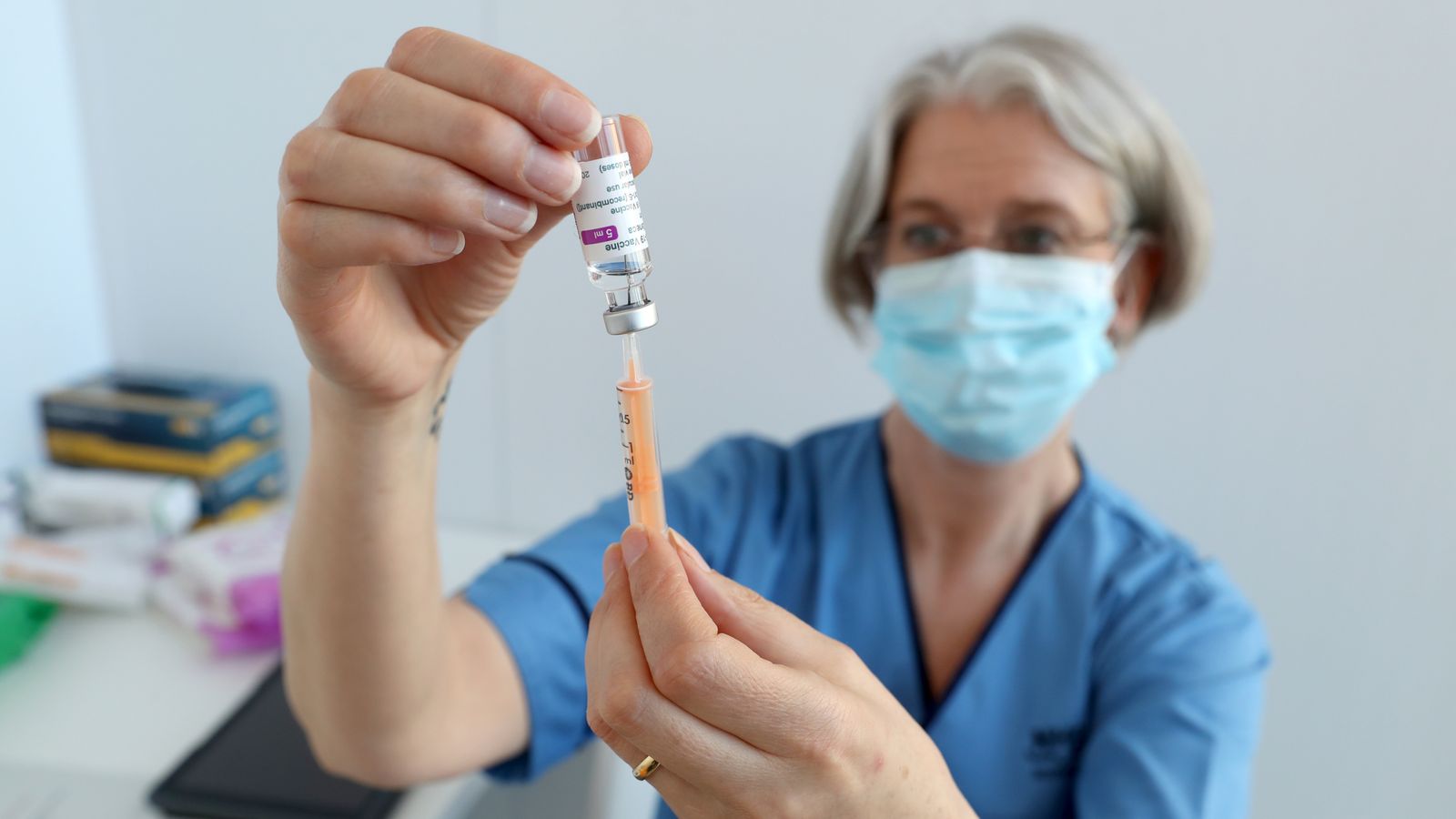 The UK recorded another 98 COVID-related deaths in the past 24 hours, according to the latest figures.

This compares to the 112 fatalities reported on Tuesday.

Image: European Commission President Ursula von der Leyen has been involved in a row with the UK over vaccine export controls

The total number of people who have died in the UK within 28 days of testing positive for the virus now stands at 126,382.

More than 28 million people have now had a first dose of a coronavirus vaccine, with about 2.5 million second jabs administered.

The figures came after the European Union and UK sought to defuse tensions in a row over vaccine export controls.

The UK government and European Commission released a joint statement which said there have been “discussions to ensure a reciprocally beneficial relationship between the UK and EU on COVID-19”.

It added: “Given our interdependencies, we are working on specific steps we can take – in the short-, medium- and long term – to create a win-win situation and expand vaccine supply for all our citizens.”

Separately, Boris Johnson has said that putting France on the travel “red list” is “something that we will have to look at”.

It comes amid concerns over a third wave of the virus, with variants such as those identified in the UK and South Africa of particular concern.

The closure of places of worship was found to have impinged on the freedom to express religious beliefs, as laid out in the European Convention on Human Rights.

Meanwhile, some 29 million doses of the Oxford-AstraZeneca vaccine were found at a manufacturing plant in Italy over the weekend.

AstraZeneca has revealed that the doses are due to be shipped within the EU, and to low income countries through the COVAX scheme.

A statement said: “It is incorrect to describe this as a stockpile. The process of manufacturing vaccines is very complex and time-consuming.

“In particular, vaccine doses must wait for quality control clearance after the filling of vials is completed.”