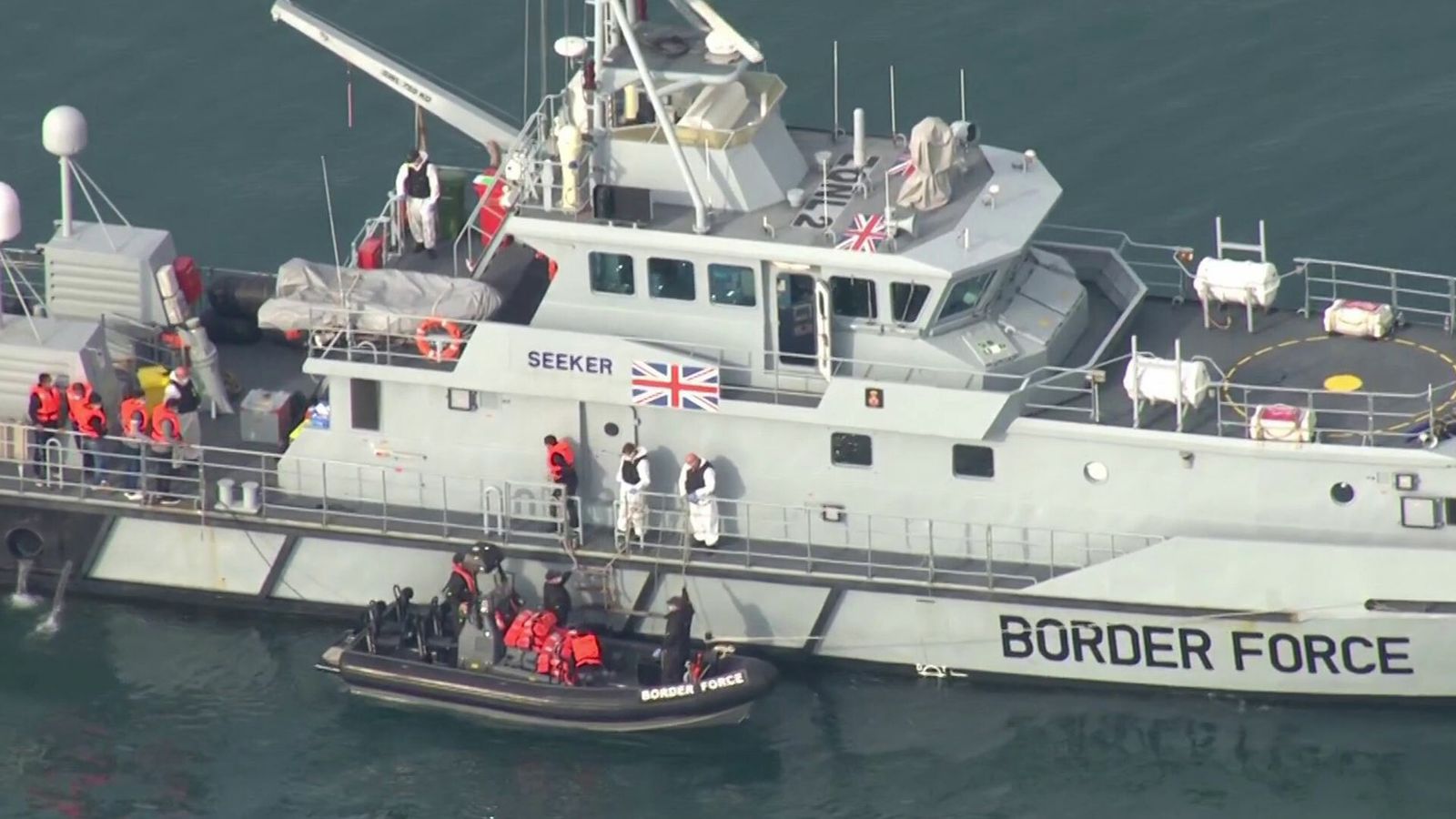 Plans to overhaul the UK’s asylum system will seek to break the business model of people smugglers, the home secretary has said.

Priti Patel told the Commons “while people are dying, we have a responsibility to act”.

She added that the new plan for immigration “is driven by three fair but firm objectives”.

‘Illegal entry to UK’ to have ‘impact’ on asylum

“First to increase the fairness of our system so we can protect and support those in genuine need of asylum,” she said.

“Second, to deter illegal entry into the UK, breaking the business model of people smugglers and protecting the lives of those they endanger.

“Third, to remove more easily from the UK those with no right to be here.”

Under the proposals, whether people enter the UK legally or illegally will have an impact on how their asylum claim progresses, and on their status in the UK if that claim is successful.

Syrian refugee Nouran has told Sky News that asylum seekers don’t want to take an unsafe route to the UK, but

Those coming through other safe countries will receive a new “temporary protection status” rather than an automatic right to settle and will also have limited family reunion rights and reduced access to benefits.

People coming to the UK through the government’s official resettlement programme will get indefinite leave to remain once they arrive.

Under the new plan, the judicial process will also be reformed to speed up removals and limit the scope for repeated drawn-out appeals.

Ms Patel told MPs 52,000 people are awaiting an initial asylum decision, with three-quarters waiting a year or more as the system has become “overwhelmed” with a backlog of 109,000 asylum claims.

The home secretary’s plans have been billed as the “biggest overhaul of the UK’s asylum system in decades” as Ms Patel said parts of the immigration system have been “open to abuse…for too long”.

The British Red Cross said treating claims depending on how people arrived will create an “unfair two-tiered system” for asylum.

And shadow home secretary Nick Thomas-Symonds, said the plans “risk baking into the UK system, the callousness, frankly of this government’s approach”.

He said the changes risk making the situation “even worse” for human trafficking victims as it would be “harder to access help in the UK”.

But Ms Patel said the Home Office wants to “create safe and legal routes” for those fleeing persecution and “fairness” and a genuine need for refuge are at the heart of the proposals.

She has vowed to make “every effort” to remove those who enter the UK illegally having travelled through another country in which they could have claimed asylum.

When this is not possible, those who enter the UK illegally and make successful asylum claims will no longer have the same entitlements as those who arrive legally.

She used the example of asylum seekers coming across the Channel from France, usually through people smugglers, saying they could seek safety there but instead choose to make the journey to the UK.

Image: Labour accused the plans of being callous

The home secretary confirmed deals could be sought with other countries to process asylum applicants, saying the government will “consider all options”.

Last week, Gibraltar rejected suggestions it could house a site, as did the Isle of Man.