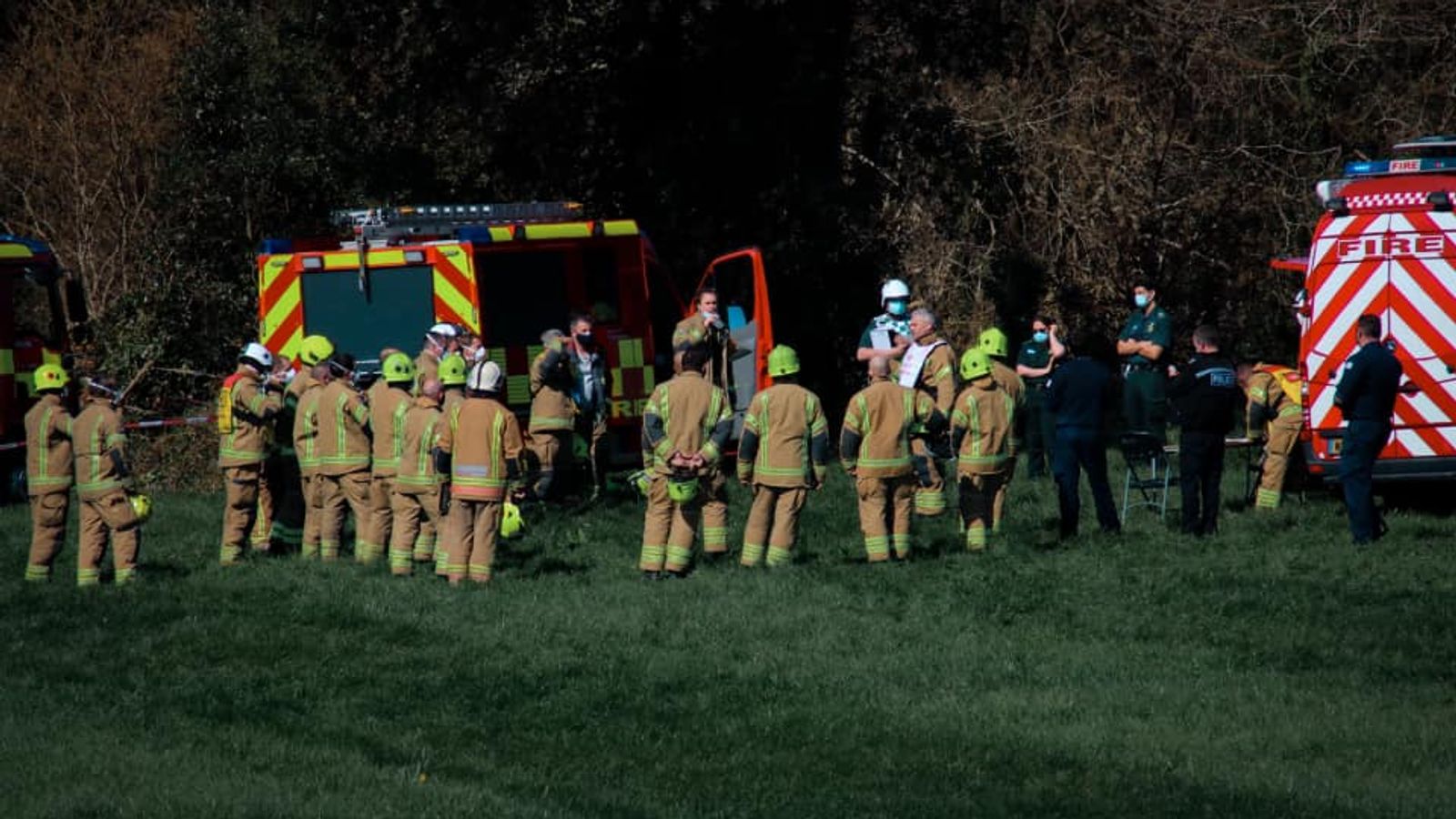 Two pilots are alive and in hospital after a Royal Navy Hawk T1 jet crashed in Cornwall.

The Ministry of Defence said the two men had ejected from the military jet before it crashed into a field.

Their injuries are not life-threatening, according to a spokeswoman for Cornwall Air Ambulance, which responded to reports of the crash in Helston at 9.48am.

The aircraft was from 736 Naval Air Squadron at RNAS Culdrose on the Lizard Peninsula and the MOD said the cause of the crash would be investigated.

Layla Astley lives nearby and said: “I saw the plane flying low over our house, I heard a clunking sound, it flew on over our fields and then there was a loud crack and we saw two pilots ejecting.

“I watched as their parachutes opened.

“I then saw the plane bank left and over the top of a hill before hearing a very loud bang.

“There was no smoke or fire and I hear from locals that thankfully no one was seriously hurt.”

Cornwall Air Ambulance said it had responded to reports of an “aircraft engine failure” and that the two men on board had been airlifted to Derriford Hospital with “minor injuries”.

Devon and Cornwall Police said officers are at the scene of the crash carrying out enquiries and members of the public should stay away.

Hawks are twin-seat fast jet aircraft which are usually used for training purposes and 736 squadron’s main role is to simulate ship attacks for Navy or NATO ships before they are deployed.

Their jets are also used to replicate attacks on helicopters in order to train crews in fighter jet evasion.

RNAS Culdrose is best known as home to the Royal Navy’s maritime Merlin helicopters and, with 3,000 personnel, it is one of Europe’s largest helicopter bases.