Bristol riot: Officer describes being inside police van as protester tried to set it on fire 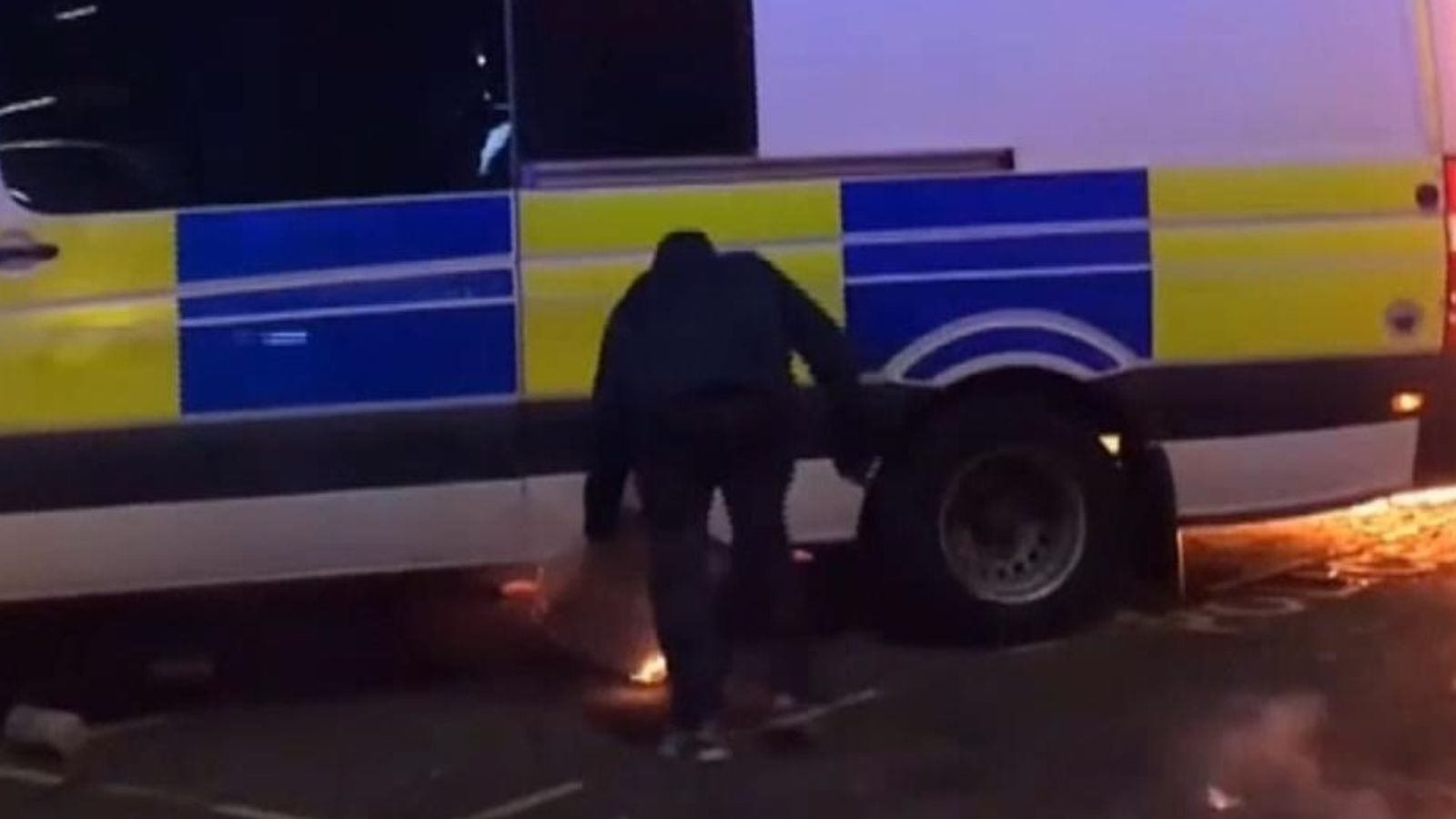 An officer in a police van has described becoming “aware of the smell of burning” as a suspect appeared to try to set it on fire during violence in Bristol last Sunday.

Footage released by Avon and Somerset Police shows a person in a hooded top and dark clothing placing a lit piece of card underneath the vehicle as it was reversing.

The force has released an image of a suspect wanted in connection with the incident.

Image: This image has been released of a man who officers want to identify over the van incident. Pic: Avon and Somerset Police

Police are investigating assaults on 40 officers and one member of the media during the riot, which followed a peaceful “Kill the Bill” protest in the city centre.

During the violence, police vehicles were set on fire and windows at Bridewell police station were smashed.

Two officers who were taken to hospital during the unrest were later found not to have suffered broken bones despite earlier reports, the force said.

The unnamed officer in the van has described hearing on the radio that colleagues were being injured outside the station.

The officer told of hearing “screaming and shouting” from officers being attacked, with a call made for vehicles to be used to assist them.

“The only way to protect my colleagues was to place the vehicle across, side on, in front of them to offer protection,” the officer said.

Image: Windows at Bridewell police station were smashed by protesters

“There were glass bottles, rocks as big as fists, pallets, fences and other objects strewn across the road and being used against the police.

“Whilst in the vehicle, a number of people attempted to gain entry to it, however the vehicle was bolted shut.

“I was aware of the smell of burning and CCTV reported that people were attempting to set the vehicle tyres alight, with me still in it, and so I began to prepare to decamp the vehicle.”

Nine people have been arrested in connection with the disorder.

Police have released images of 18 people they want to identify following the protest.

A second protest against the government’s Police, Crime, Sentencing and Courts Bill took place in Bristol on Tuesday, leading to 15 arrests.