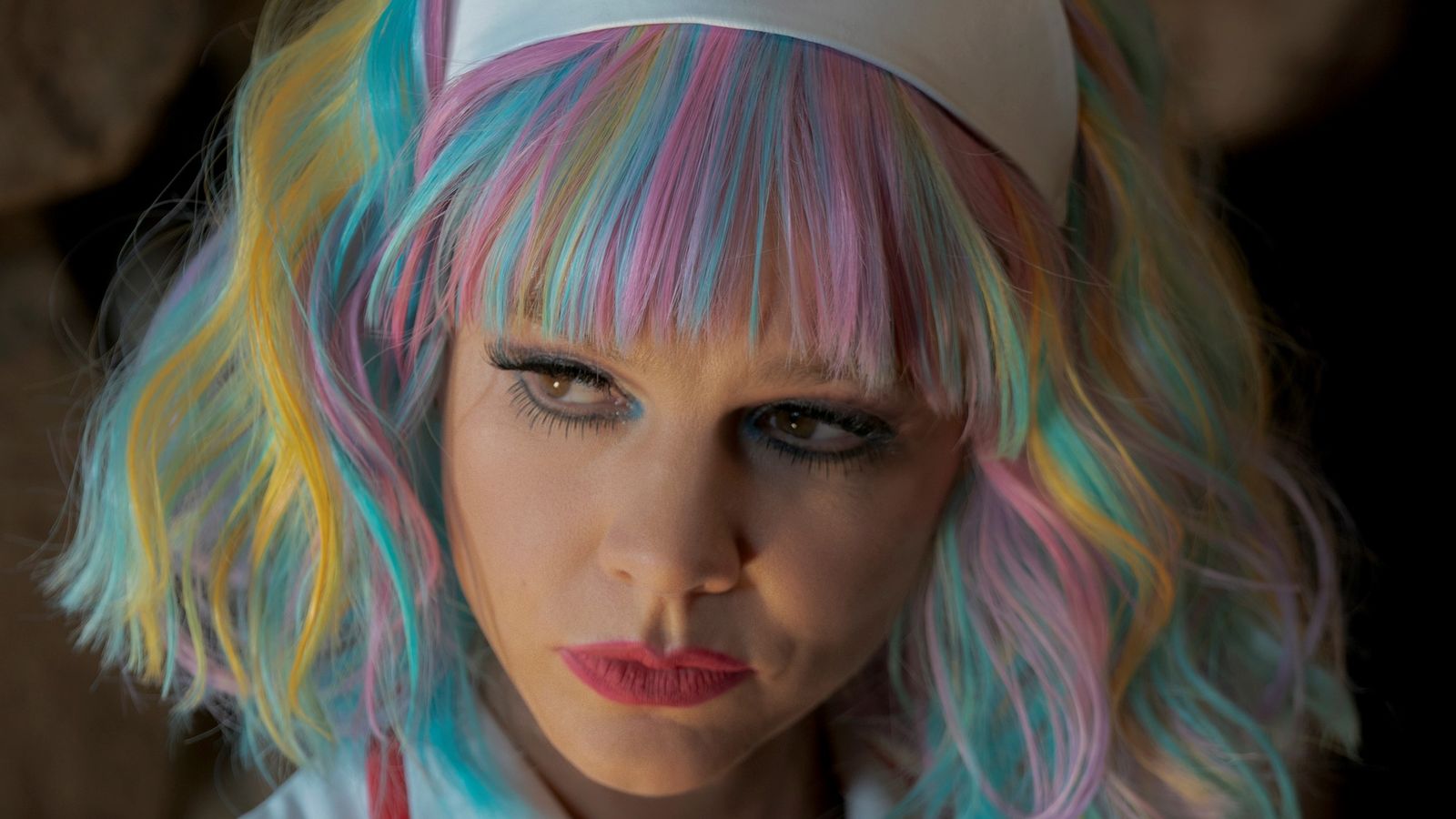 Black comedy Promising Young Woman, one of the frontrunners for this year’s Oscars, is the story of a woman avenging the rape of her best friend.

But as well as being part of the awards conversation – along with five Academy Award nods it has six BAFTA nominations and a heap of gongs already won from critics’ associations – the film has triggered a conversation that goes much deeper: the all-too-familiar tale of predatory behaviour.

The film’s writer and director Emerald Fennell told Sky News she wanted to address an issue that all women will recognise.

“It was important with this movie to look at something so common, to look at, just really quite simply, the use of alcohol in – in inverted commas – ‘seduction’,” she said. “When I was growing up, it was a joke, it was a sort of banter to get girls drunk and take them home.

“We hear these stories again and again and again and again. And partly we hear them so much because it was never thought of or discussed as something deeply serious, and then women were kind of forced to either be quiet about it or join in on the joke, because nobody would listen and nobody else cared.”

Carey Mulligan is the bookie’s favourite to win the leading actress prize at the Oscars for her role as Cassie, a woman intent on teaching a lesson to the self-styled “nice guys” who take advantage of drunk women.

She told Sky News she wishes the film had existed when she was younger, but that it feels particularly relevant now following the #MeToo movement.

“We’ve all grown up watching this story told through a different lens, we’ve all seen the guy at the frat party trying to identify the most drunk girl that he can lose his virginity to,” she said. “So I think it’s sort of understandable that we’ve normalised it so much, it’s what we’ve seen, we’ve learnt so much from what we’ve watched on screen.

“[The film] resonates so much with what’s been going on in the last couple of years… this is a film that really does speak to everybody and everybody’s part in this.”

Image: Both Mulligan and Fennell say Promising Young Woman is a story many women will be able to identify with Image: Mulligan stars as Cassie, a woman out to teach men who prey on drunk women a lesson

Promising Young Woman is the latest in a number of dramas to examine abusive behaviour.

Like Michaela Coel’s I May Destroy You and Billie Piper’s I Hate Suzie, the film treads the line between entertainment and commentary while tackling pertinent issues.

Fennell – known for writing the second series of Killing Eve and for playing Camilla Parker Bowles in The Crown, has made history with Promising Young Woman, as one of two women Oscar nominated for best director.

But her biggest success may be that this contributes to a power shift in Hollywood – allowing more women to tell their own stories.

The Oscars: Watching nominated films this year is a little tricky

Backstage Podcast: Six Minutes to Midnight, The Irregulars and The Syndicate