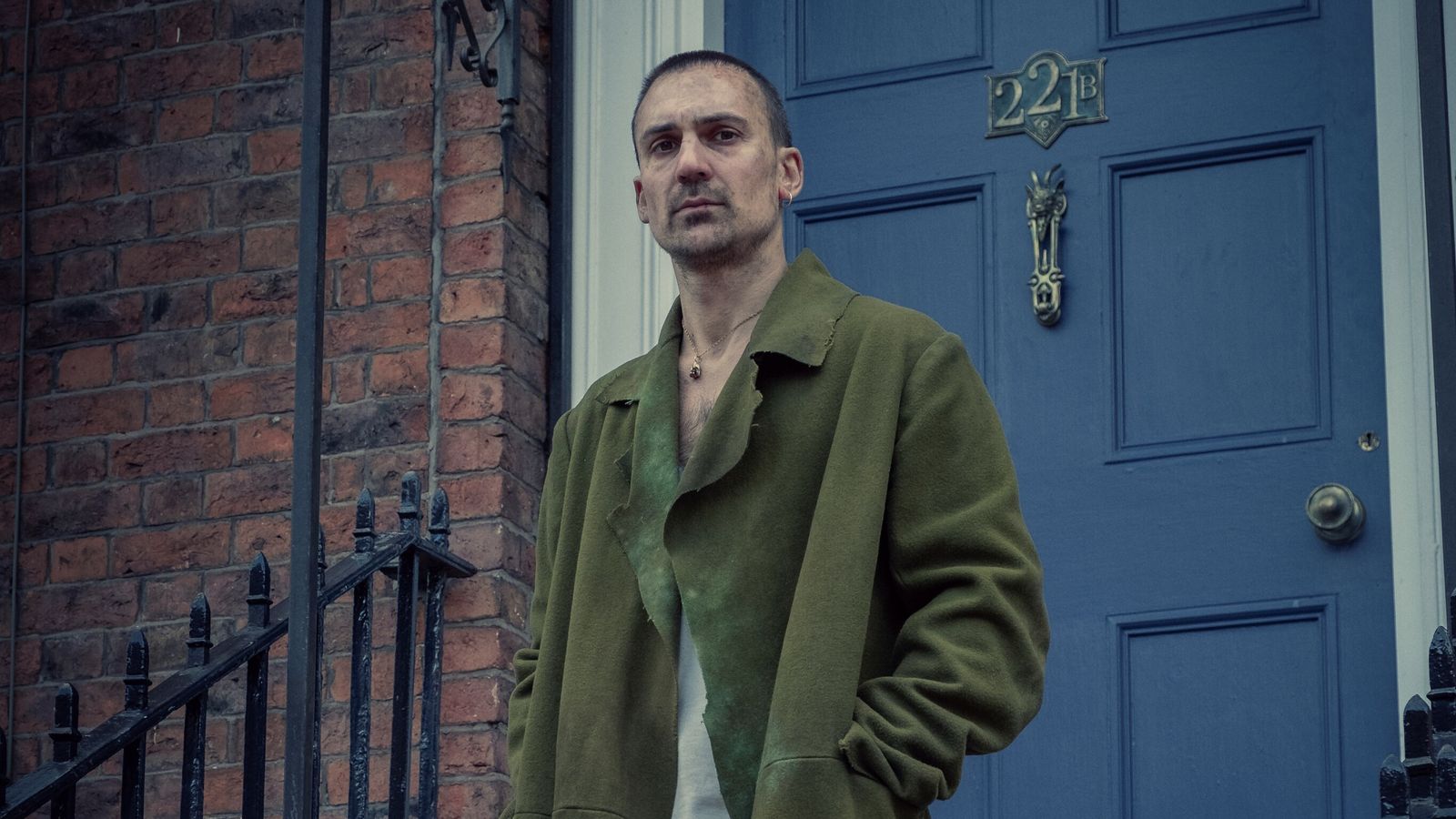 It would be fair to wonder if we really need a new Sherlock Holmes adaptation – the famous detective has been portrayed on screen plenty of times before, with actors including Benedict Cumberbatch, Robert Downey Jr and Henry Cavill all taking residence in 221b Baker Street.

But while Netflix’s new series The Irregulars is certainly based on the mystery-solving characters created by Sir Arthur Conan Doyle, in this Sherlock story we don’t meet the detective himself until halfway through the series; and when we do, he’s a shadow of the brilliant man we’ve seen before.

Instead, the show focuses on a group of teenagers – the eponymous Irregulars mentioned by Conan Doyle in the original stories – who are manipulated in to helping Dr Watson and his mysterious partner solve crimes.

Image: The Irregulars were a group of characters mentioned by writer Arthur Conan Doyle in his original stories

Henry Lloyd-Hughes, who plays Sherlock, told Sky News’ Backstage podcast that this version is the perfect fit for current times.

“I think weirdly there’s something much more 2020 and 2021 about arriving in a world where we’re not even sure if he exists – what he is and what is a myth, what is real,” he said.

“When we encounter him eventually in the show, he’s very much a deconstructed, fallen version of the man, the myth, the legend. So maybe he feels a bit like we all feel right now.”

While the Sherlock who does eventually arrive on screen may come as a surprise, audiences will get to see the expected oddball-yet-charming genius via flashback scenes.

Lloyd-Hughes says that in meeting Sherlock when he’s not at his peak, viewers get a different perspective on the well-known character.

“What becomes clear is that more than, I think, other versions, this character is self-aware of the extent to which he has created his own myth and is dealing with the bruising repercussions of that. I think that’s an interesting place to meet such a legendary, well-known literary figure.”

The flashbacks tell the story of 15 years previously, when the detective was at the top of his game.

“It’s not every day that you get to age up 15 years at the turn of a page in a script,” Lloyd-Hughes said. “We really went all out to try to see how we can push the extremes of both characters – so it’s almost weirdly like playing two Sherlocks actually in the same show, and in the same episodes and scene after scene.

Unlike other adaptations of Conan Doyle’s work, The Irregulars soon sees the characters dealing with supernatural elements and dark forces.

Lloyd-Hughes hopes that by combining genres and bringing horror to the detective story, it will attract different audiences.

“When I was a teenager, I was a huge fan of The X Files and it kind of reminds me of that, like, you have the monster of the week element, but then you also have the overriding bigger plot points about a much, kind of, bigger conspiracy, for want of a better word.

“I think it’s going to be really interesting because apart from anything else, horror or supernatural elements is such an enduring genre and it scoops so many people in. So I’m fascinated and I can’t wait for audiences to see this because it’s going to be a real collision of different genres and different flavours.”

The Irregulars is out on Netflix now. Hear our review on the latest episode of Backstage, the TV and film podcast from Sky News