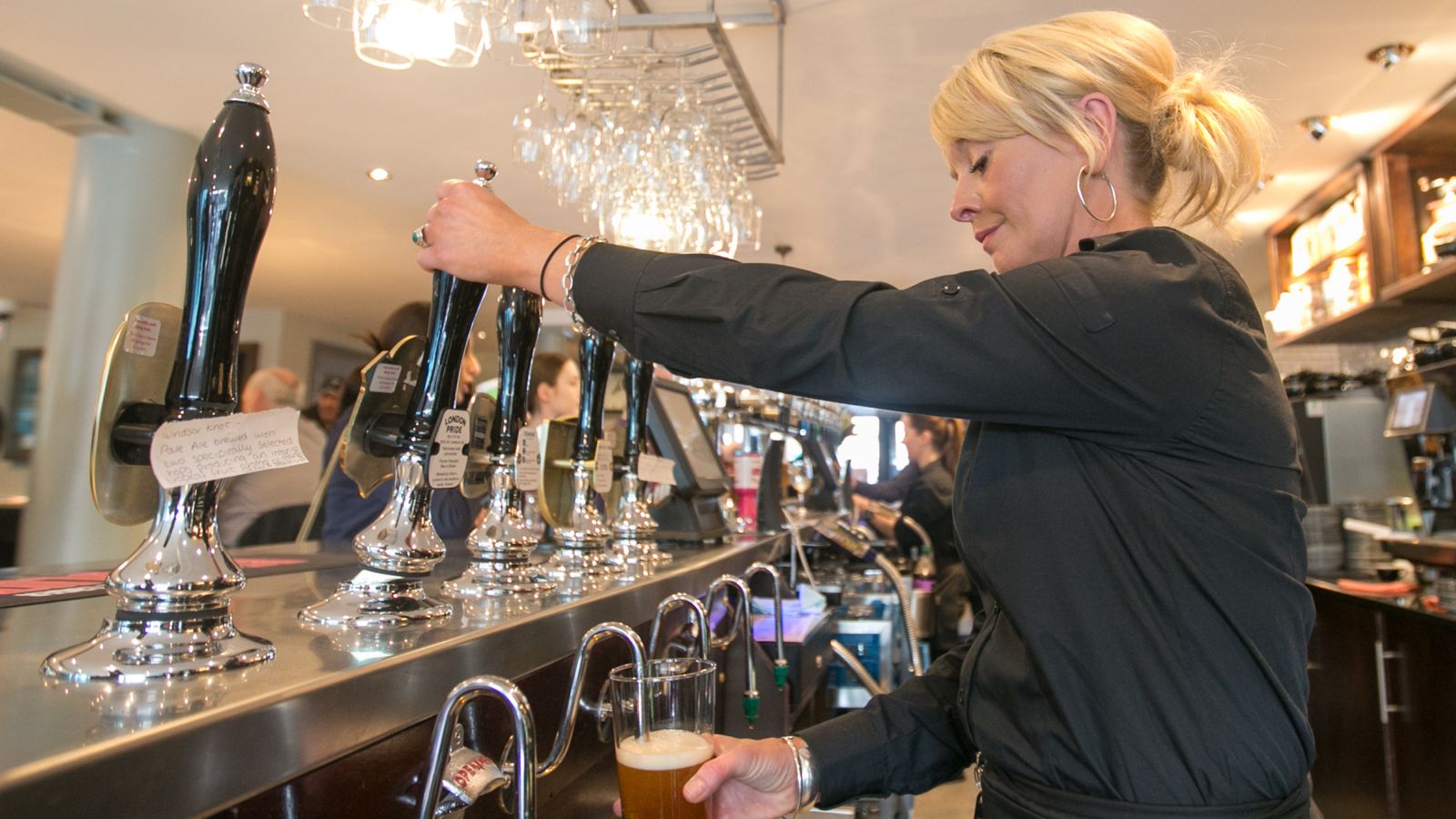 England’s route out of lockdown remains on schedule, with the prime minister declaring there is nothing to dissuade him from “continuing along our roadmap to freedom”.

Speaking to the virtual Conservative Party spring conference, Boris Johnson said he was looking forward to going to the barbers, for a pint in a pub and to “unlocking our economy and getting back to the life we love”.

He told the party faithful that the “fastest rollout of a vaccine this country has ever seen” had been an “incredible scientific breakthrough” and he paid tribute to the work of the teams involved in making it happen, describing them as “heroes, heroes, heroes”.

Image: The Prime Minister says he is looking forward to a haircut

But he warned that while “we are in a different world from last spring” there was a need to be “honest about the difficulties ahead”.

He said there were still unanswered questions about the impact of a third coronavirus wave from Europe, as he said “bitter experience” had shown a wave like the one in Europe would hit the UK “three weeks later”.

Mr Johnson added: “The question is – is it going to be, this time, as bad it has been in the past? Or have we sufficiently mitigated, muffled, blunted impact by the vaccine rollout?

“That’s a question we still don’t really know the answer to.”

However, French foreign minister Jean-Yves Le Drian, on Saturday again alluded to alleged distribution problems it claims the UK will have with second doses.

Mr Le Drian told France Info radio: “The United Kingdom has taken great pride in vaccinating well with the first dose, except they have a problem with the second dose.”

But the assertion was again denied by the UK government, with a spokesman saying: “We’re on track to meet our vaccination targets and everyone will get their second dose within 12 weeks of their first.”

Meanwhile, the government was also accused by a senior Tory of failing black, Asian and minority ethnic (BAME) communities and young women on hesitancy towards vaccines.

Caroline Nokes, the chairwoman of the Commons Women and Equalities Committee, said in a letter to vaccines minister Nadhim Zahawi that not tackling the issue could be “devastating” for vaccine hesitant groups as well as wider society.

However, there was better news for the over-70s after it was announced they could begin getting booster shots to protect them against new coronavirus variants in September.

He told The Daily Telegraph that this would likely begin in September and that the government was expecting up to eight different jabs to be available by the autumn.

The prime minister’s speech came on the day that “stay local” measures were lifted in Wales – meaning there are no travel restrictions within the country for the first time since December.

Six people from two households can also meet and exercise outdoors, with self-contained holiday accommodation allowed to reopen from today.

This speech is Boris Johnson back in his comfort zone.

In this de-facto local election launch, the prime minster calls for campaigners to essentially weaponise the phenomenally successful vaccine programme to win votes in May.

He specifically highlights the “pretty big role” the government has played and heaps praise on Conservative ideals like the “might of the private sector” and “the free market economy”.

This is a campaign speech in the age of COVID for a Tory party full in the knowledge that the past three months could give them a “vaccine bounce” at the polls.

Expect the opposition to focus on the government’s chequered record in the earlier stages of the pandemic and to place credit for the vaccine programme not with the prime minister, but with the NHS.

COVID-19: What shows are reopening and when, as actors get ready to grace the stage again