COVID-19: Lockdown rules are easing in parts of the UK, but people are being told to ‘act responsibly’ 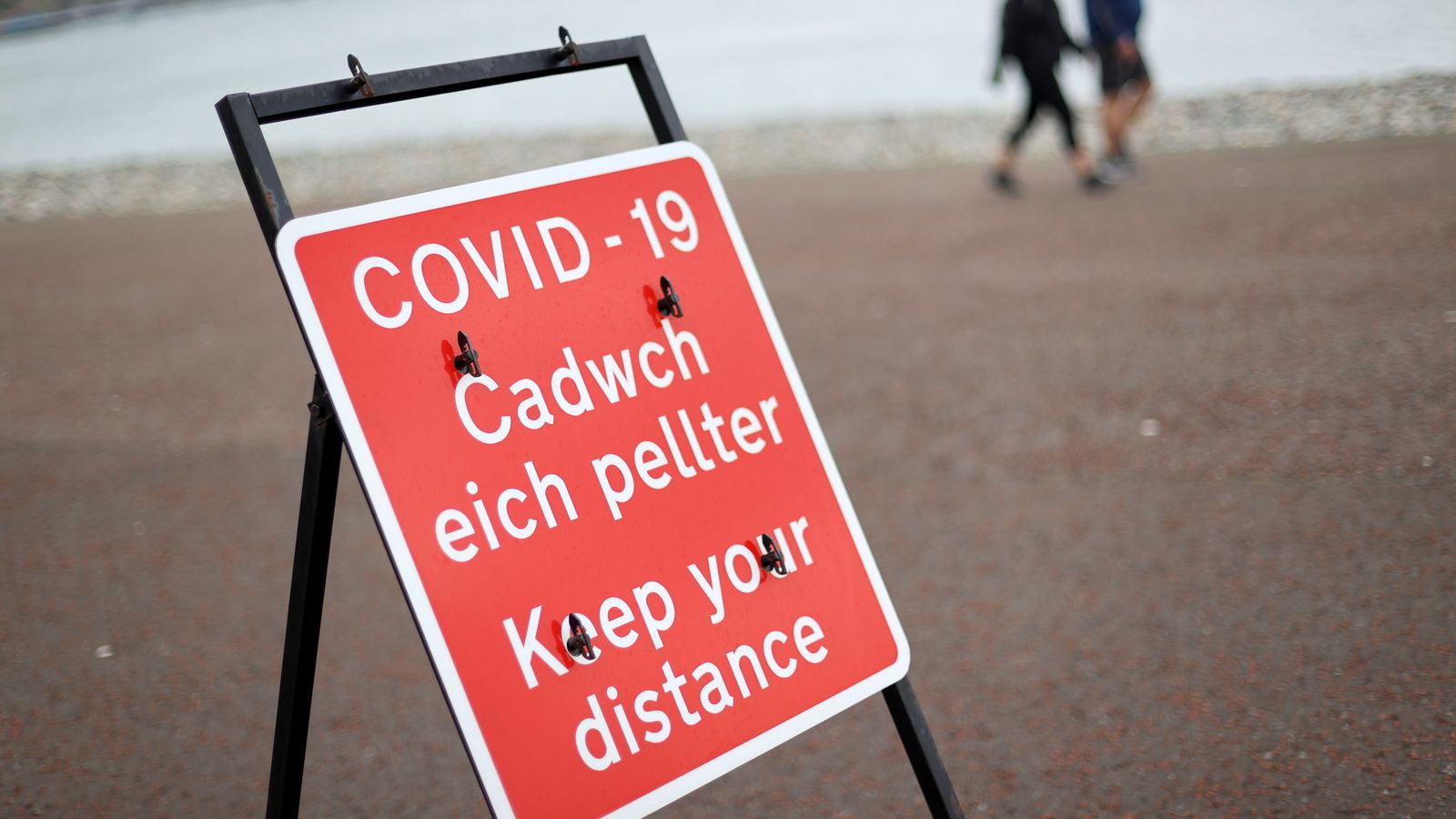 “Stay local” measures have been lifted in Wales – meaning there are no travel restrictions within the country for the first time since December.

Six people from two households can also meet and exercise outdoors, with self-contained holiday accommodation allowed to reopen from today.

Live COVID updates from the UK and around world

This will serve as a much-needed boost for the tourism industry as the Easter break approaches – but locals are being urged to respect the rules that are still in place.

Tegryn Jones, the chief executive of the Pembrokeshire Coast National Park Authority, told Sky News: “It’s fair to say there’s a degree of concern among some local communities about an influx of visitors, so we’re asking people to act responsibly.

“It’s an opportunity to reopen, which is positive. We want this to be the start of a wider reopening and don’t want to close again due to people not following the guidelines.”

The relaxation of lockdown rules in Wales does not apply to people living in England, Scotland and Northern Ireland – but this could create challenges in communities that border the country.

In a statement, Dyfed-Powys Police told Sky News: “We are working closely with our colleagues in partner forces to educate those living along the border on the regulations relevant to them, and together we encourage people to do the right thing.

“We will not be actively patrolling the border, but officers will remain active along all routes.”

England is also going to relax current restrictions from Monday when six people from any number of households – or a group of any size from up to two households – are allowed to gather in parks and gardens.

The “stay at home” order will end, but people are still going to be encouraged to stay local.

Image: Outdoor dining will start to be back in vogue over the coming weeks

People living elsewhere in the UK will have to wait a little longer for similar measures to come into force. The rule of six is going to be reintroduced in Northern Ireland from Thursday, while Scotland’s stay at home order will be removed on Friday.

Although Monday will bring greater freedoms for tens of millions of people in England, this is only the first part of Boris Johnson’s four-stage roadmap – with restrictions set to be gradually lifted in increments between now and 21 June.

COVID-19: A year of lockdown in pictures

Future milestones, including a return for non-essential retail and hospitality, will be conditional on cases, deaths and hospital admissions continuing to fall – meaning Britons are being encouraged to comply with the measures that remain in place.

Yesterday, the government announced that non-essential retailers will be able to stay open until 10pm six days a week when customers return on 12 April – bringing an end to months of closures during England’s third coronavirus lockdown.

Chancellor Rishi Sunak is encouraging people to “go have fun” by spending their savings when the second stage of the roadmap kicks in.

And in a further dose of good news, records could be broken for the highest March temperature this week – with parts of the UK set to be hotter than Saint Tropez and Ibiza. Highs of 24C (76F) could be seen in the South East of England on Tuesday.