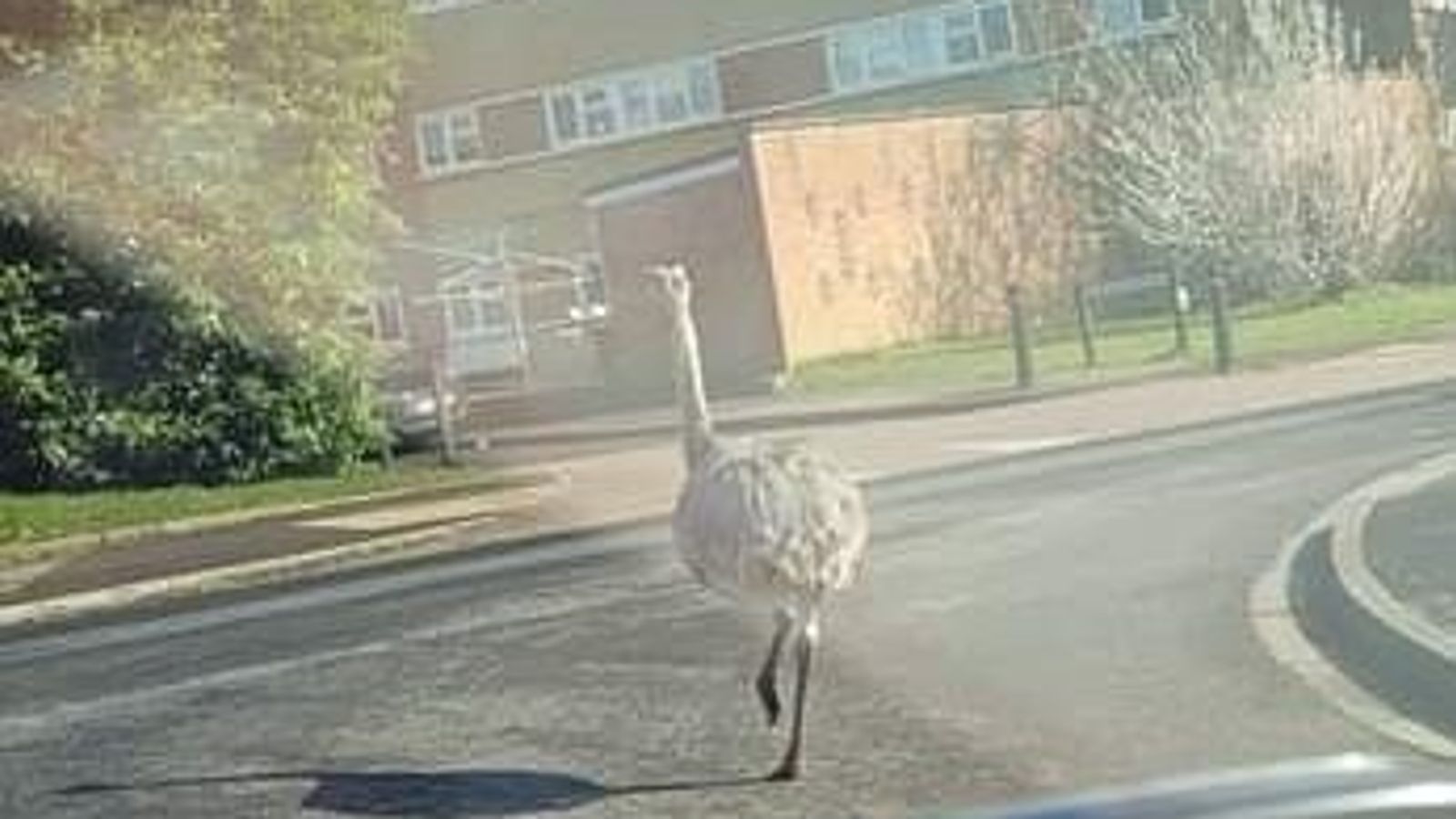 Around 20 giant South American birds are on the loose in Hertfordshire – with police warning they have been seen attacking dogs.

The rhea birds, which can grow to around 5ft tall and have a top speed of 50mph, have been spotted near Maple Cross.

Similar to an ostrich but smaller, the animals are believed to be wild.

PC Christian Gottmann, from the Rickmansworth and District Safer Neighbourhood Team, said: “These birds are certainly an unusual sight on the streets of Three Rivers.

“We want to reassure the public that we are working in partnership with Three Rivers District Council, Highways and our Rural Operational Support Team to come up with a plan to capture and rehome the birds to a suitable animal reserve.

“If you think you may be able to help with this, please get in touch with us. In the meantime, we would advise the public not to approach these animals as they are very fast, much like their larger counterparts, and can be aggressive if cornered.

“Unfortunately we have received reports of them attacking dogs and deer, so we ask that dog owners are vigilant when out walking.”

The birds are the largest in South America, where they originate from, and can reach speeds of 50mph.

This is not the first time the rhea has been spotted roaming the streets of the UK.

In 2015, there were two sightings of male rheas in Worksop, Nottinghamshire but they belonged to a local man.

And last year, the long-necked bird was spotted walking between cars on the A12 in Colchester, causing traffic jams.

COVID-19: Lockdown rules are easing in parts of the UK, but people are being told to ‘act responsibly’