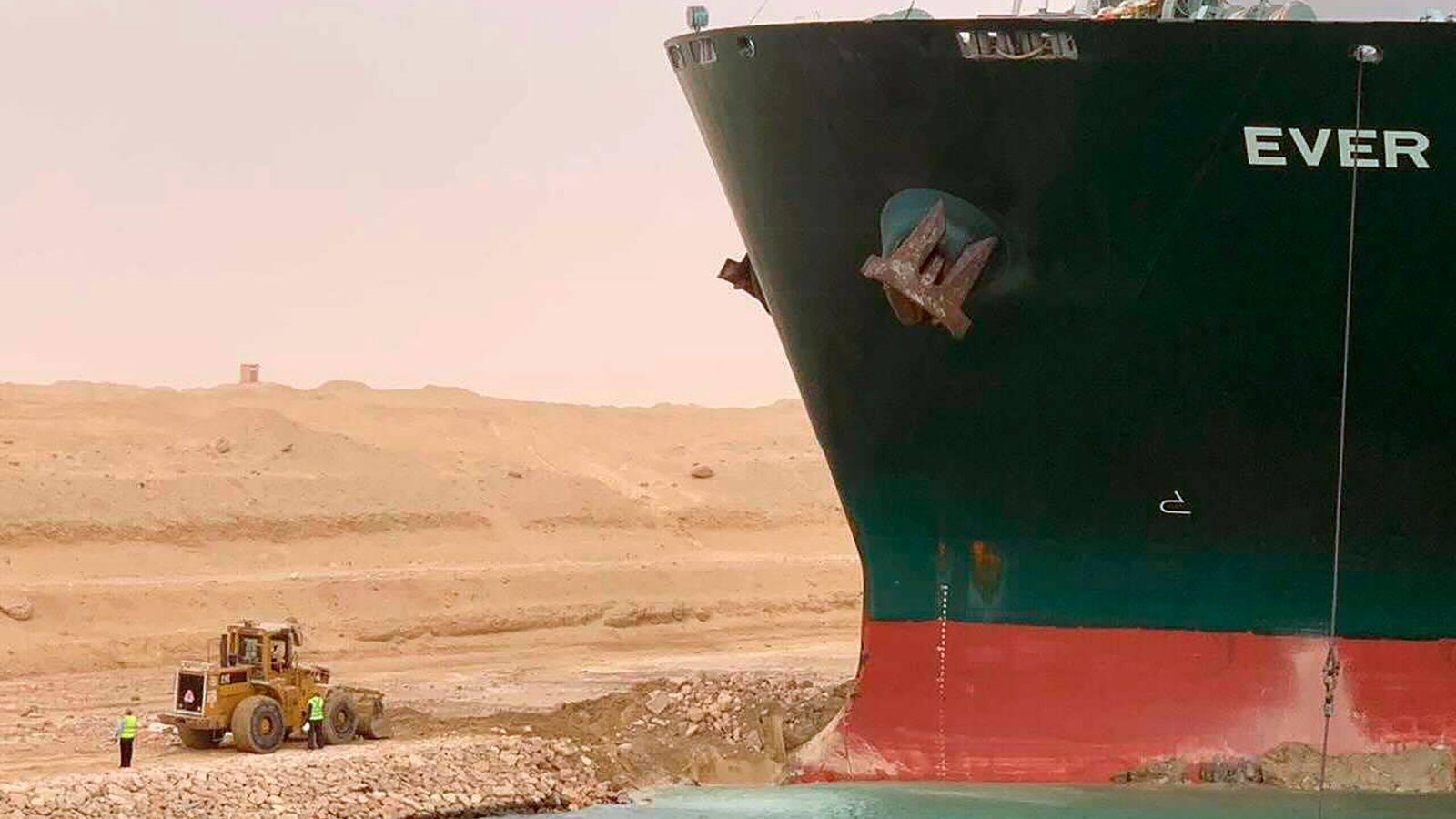 The super tanker wedged in the sand and blocking the Suez Canal may feel like a problem on the other side of the world, but the ripples will be felt globally.

They will touch British companies and British customers. The Cotswold Company is one of them.

It sells furniture imported from countries including Malaysia, Indonesia, Vietnam and China – much of this would pass through the canal.

Image: Alan Joseph says some businesses will have ‘no alternative’ but to pass on added costs

It has £1.7m of furniture in around 100 containers currently stuck in the massive maritime traffic jam.

These goods are among the roughly 250 ships now in the queue.

“For our business, delays to freight coming in from anywhere means that we have to be careful that the promises we’re making to our customers about when stock arrives are accurate,” says operations director Alan Joseph, “and also that we managed to keep availability and our next-day delivery promises.”

Image: Tug boats have been trying to free the quarter-mile-long vessel. Pic: AP

He adds: “From a cost point of view, we’re anticipating that we will see costs increase unexpectedly from vessels that have to reroute and find another way around.

“For those of us who are interested in offsetting our carbon emissions and take responsibility for the movement of freight, we’ll also need to consider that these journeys will now incur much pollution as part of the normal operation.”

The company has decided not to pass any of these extra costs on for now – but says others might not have the choice.

Image: The canal is a vital link from Asia to Europe and saves several weeks’ travel around southern Africa Image: More than 200 ships are now waiting to pass through the canal

“It will affect us all as consumers as well,” says Mr Joseph, “where the prices of those goods are so sensitive to the freight costs that those retailers have no alternative but to pass them on.”

The crisis has made an already difficult time even tougher, coming hot on the heels of all the pain caused by the pandemic.

“The retail industry as a whole has had a well-publicised extremely difficult year,” says Mr Joseph.

“A lot of shops are looking forward to reopening, and doing so with the prospect of not being entirely sure when the products they’re selling are arriving.”

Experts say it could be many days before the super tanker can be freed.

As costs stack up, what might feel like a faraway crisis could soon be felt in prices closer to home.