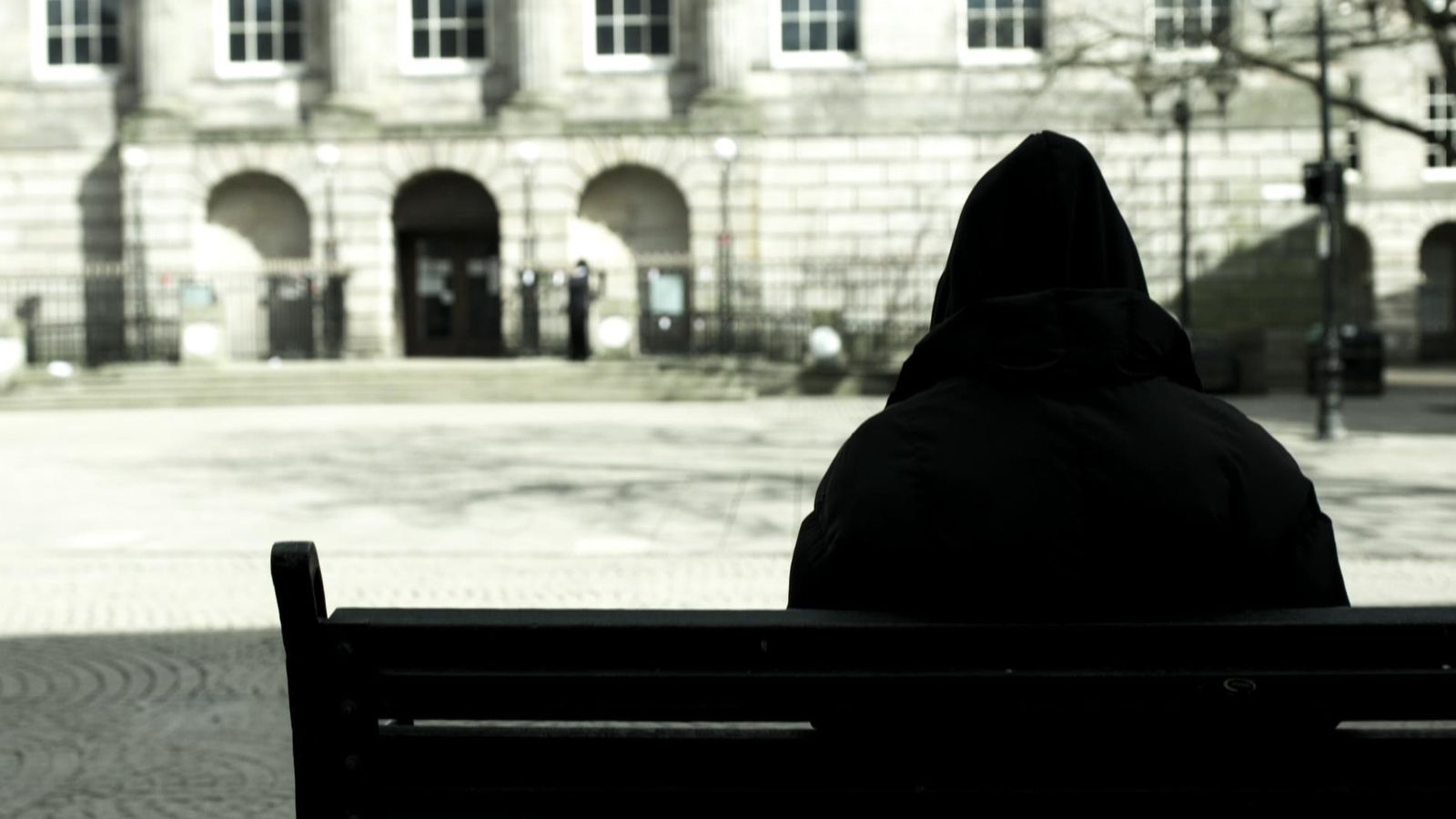 “During lockdown I didn’t want to be at home. I was always fighting with my parents. I went out all the time to avoid them. I was bored and lonely.”

The words of 14-year-old Alisha (name changed to protect identity) from Staffordshire might sound familiar to teenagers across the country who have grappled with successive coronavirus lockdowns throughout the past year.

But for Alisha, the restrictions and her subsequent deteriorating mental health forced her down a darker path. Within months, she was being exploited by a local county lines gang.

Image: Local charities say cases like Alisha’s haven’t been uncommon over the past year

A new report shared exclusively with Sky News says young people like Alisha are at risk of exploitation from criminals more than ever, as the country marks a year since the first national lockdown.

Despite headlines of the successes gained by the police fighting gang activity in 2020 – arrests up, and more than 100 lines closed down in September alone – the National Youth Agency says county lines child criminal exploitation is taking on new meaning, thanks to changing trends seen through the pandemic.

They point to gangs increasingly targeting vulnerable young people where they live; increased and more creative use of social media platforms to groom young people stuck at home during lockdown, and a lack of sufficient support in more rural areas for children to seek help.

Alisha was coerced into a relationship with an 18-year-old man on Snapchat.

She soon found herself forced into running drugs, and even carrying weapons across a county in lockdown for a local gang.

Alisha wanted to quit once she had paid back a “drug debt” owed to her boyfriend, but felt threatened.

“He’d get people to sit outside my house to keep tabs on me. He told me that if I was out when I wasn’t supposed to be he’d put our windows through… threats were made to my family.”

“I was made to have sex with some of [the gang].

“It got to a point where I knew I was in this really deep. I realised I needed help.

“I didn’t want to be involved in the gang… I knew it couldn’t carry on.”

Image: Sarah Parker from Catch22 says social media has had a ‘huge’ role in coercing young people into criminal activity

Sarah Parker, who works for the Staffordshire branch of the youth charity Catch22 – now helping Alisha get a fresh start – says the case hasn’t been uncommon over the past year, which saw dealing turned more localised.

She also points to the “huge” role social media has played in coercing young people into criminal activity after most children’s worlds moved online.

“When education went online we encouraged [children] to spend more time in that sphere.

“A much wider range of children have been targeted and drawn in.”

Several youth workers and organisations who work with girls associated with county lines gangs have told Sky News referrals for girls have increased during the pandemic.

The Labour MP for Vauxhall, Florence Eshalomi, says a gendered approach is required to address the issue.

“If you’re talking about girls caught up in county lines, they’re not part of a gang – they are victims of gangs.

“We’re still unclear about how many young girls and women are caught up in this… unless we have the data we can’t fully address the issue.”

Image: ‘Kids were going missing all the time’ during lockdown, Lennox Rodgers says

“We were talking to a lot of people raising a lot of issues… kids were going missing all the time.

“I noticed quite a few young people that were new to it because they couldn’t stay at home.”

Ms Parker says the answer is a national strategy for child criminal exploitation and more recognition that the victims have a changing face – like Alisha’s.

“She’s a girl… she comes from a settled, loving and economically stable home. Yet she’s been drawn into this.”

Alisha has recently been moved out of the area for her own safety, but bravely came forward to tell Sky News about her experiences.

Image: ‘We’re still unclear about how many young girls and women are caught up in this,’ Labour’s Florence Eshalomi says

But Ms Eshalomi is worried about those too fearful to speak out.

“One thing that the tragic case of Sarah Everard brought is more women and girls being able to talk about [violence against women and girls]. But I’m more worried about the women and girls who aren’t coming forward… because if they do, they risk their lives.”

The National Police Chiefs Council said: “Through the pandemic, the majority of dealers are functioning, but have adapted [operations] to overcome the government lockdown restrictions.

“With the change in demands on policing due to lockdown, officers were able to increase proactivity and successful operations, closing more county lines than ever before.”