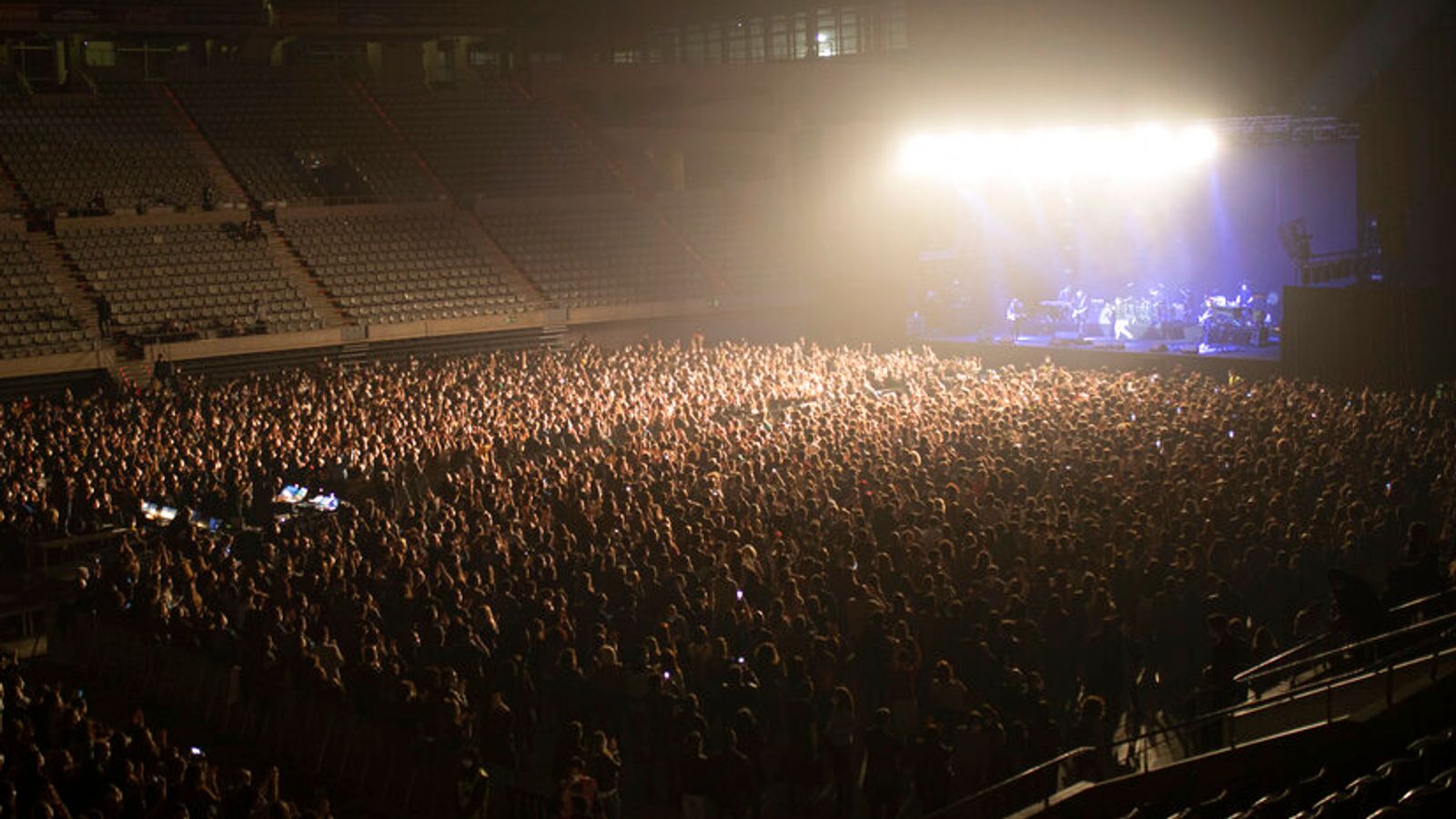 Five thousand people attended a rock concert in Barcelona on Saturday after passing a same-day screening test for COVID-19.

The music fans piled into the Palau Sant Jordi arena where indie rock band Love of Lesbian were playing after having received the all-clear from a coronavirus antigen test taken earlier in the day.

The show took place with special permission from Spain’s health authorities in a pilot to examine whether the rapid testing system could effectively prevent COVID-19 outbreaks.

In surreal scenes after a year of social distancing, people danced close to one another, but the sea of faces covered in masks showed that things were not quite back to normal.

Health controls at the entrance delayed the start of the concert, but could not dampen the celebratory spirit.

“Welcome to one of the most exciting concerts of our lives!” Love of Lesbian lead singer Santi Balmes told the crowd to huge cheers.

After the show, concertgoer Jose Parejo said: “We were able to evade reality for a while. We were inside our small concert bubble. And we were even able to remember back in time when things like this one were normal. Things that nowadays aren’t that normal, sadly.”

Publicist Salvador, 29, said: “It was spectacular. We felt safe at all times. We were in the front row and it was something we’d missed a lot.

“We are very proud to have had the chance to take part in this. We hope it’ll be the first of many.”

Image: The attendees were tested for coronavirus antigens earlier that day

By midday, three out of 2,400 people already screened had tested positive and one had come into contact with a positive case, said Dr Josep Maria Libre, a doctor who oversaw the testing.

Those who tested positive were unable to attend the concert but would be entitled to a refund.

Attendees received their antigen test results in 10 to 15 minutes via an app on their phones. The test and a mask were included in the ticket price of between €23 and €28 (£20 and £24).

Image: Organisers say it was the first commercial event with an audience that big held in Europe during the pandemic

The experiment is set to last for three years and will be funded by money from the EU’s recovery fund.

It has been devised in an effort to boost the Spanish economy and the country, which has had more than 3.2 million confirmed cases and over 75,000 deaths.

Local authorities in Barcelona backed the event, which was preceded by a smaller concert of 500 people in December.

According to experts, that preliminary case study showed that pre-screening with antigen tests and the use of face masks succeeded in preventing infections inside the venue, despite there being no social-distancing rules among attendees.

CBD market ‘not yet compliant’ with the law