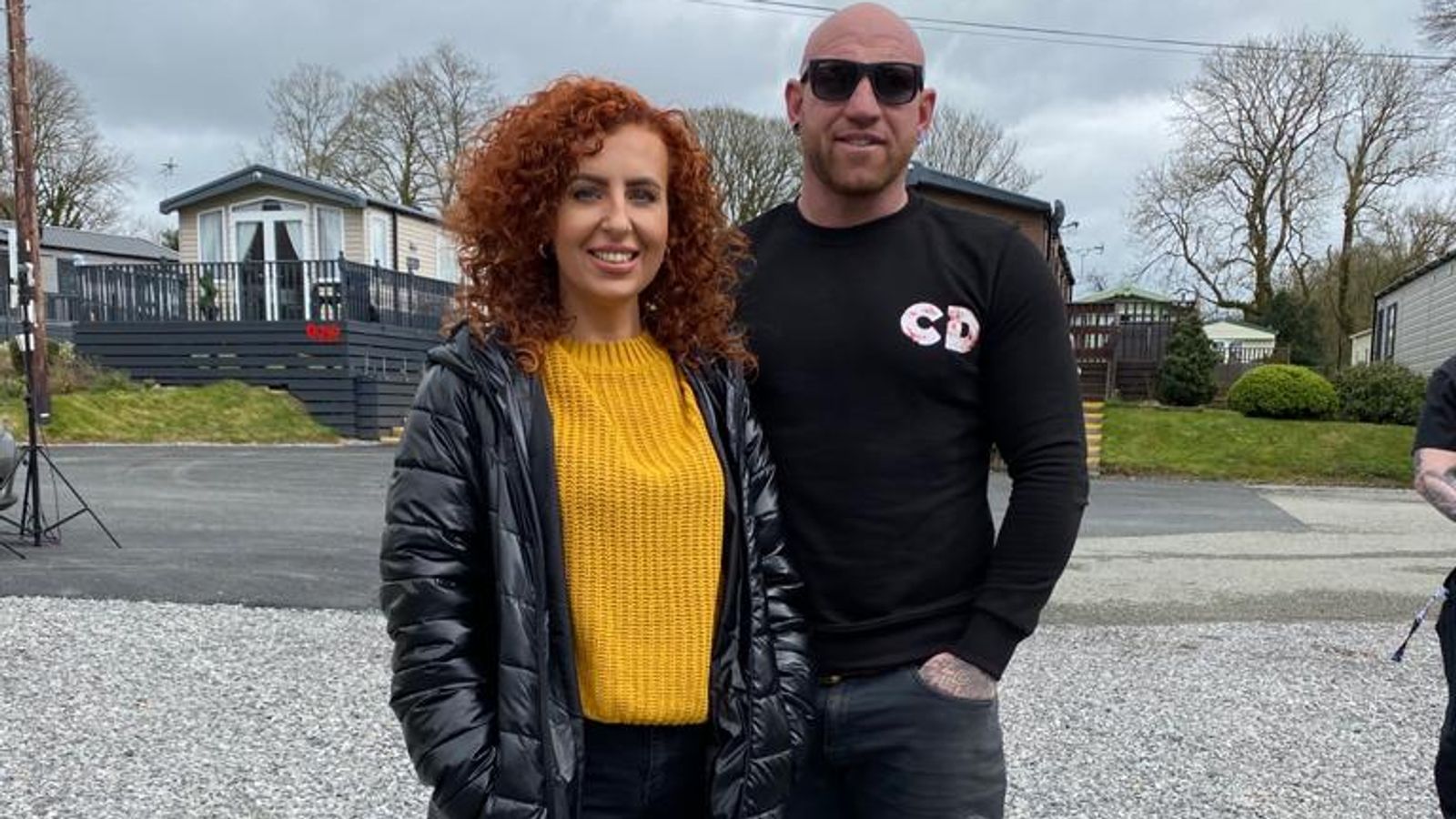 People have returned to holiday parks in Wales and some have ventured further afield for the first time in months after the country’s stay-local order expired.

Sunny weather on Saturday also tempted some to visit beaches and countryside, with parts of the Brecon Beacons said to be busy with cars and people stopping for ice cream.

The stay local measure had set a rule of thumb of around five miles, but now it’s permitted to travel anywhere in Wales.

Six people from two households can also meet and exercise outdoors under the latest stage of Wales’ lockdown easing, while organised kids’ activities get the green light and libraries can reopen.

People have been urged to stick to the social distancing rules still in place, and holiday firms cannot currently welcome people from other UK nations.

Dyfed-Powys Police told Sky News they would not be patrolling the border but that “officers will remain active along all routes”.

In Tenby, one of the visitors taking advantage of the end of the stay-local order was Chris Ison, who travelled 70 miles from Aberdare.

“I love the ocean, it’s not about the pubs or restaurants, it’s just about being able to walk on the beach, this is my favourite place,” he told Sky News correspondent Becky Cotterill.

The boss of Grondre holiday park in Pembrokeshire also said it was great to see people returning.

“It’s fantastic – walking around the park, seeing the smiles on people’s faces after many months of lockdown, it’s a pleasure to see – we’re really happy,” said Thomas Scarott.

However, he said some holiday parks in mid-Wales and North Wales that normally have a lot of visitors from England would likely be “very quiet”.

Among those returning to Grondre for the first time since lockdown are Sarah and Steven John, who bought a caravan on the site three years ago.

“It’s like a big family here, not like a normal caravan park where you get loads of tourists. People here know each other. It’s nice to be back now,” says Steven.

Self-contained holiday accommodation is defined as those where guests don’t need to share washing facilities, toilets or kitchens.

Hotels, hostels and B&Bs with en-suite facilities and room service meals can open for example, but many smaller businesses don’t have these facilities.

One woman told Sky News her B&B had been financially devastated and that she desperately wants clarity on when she can reopen.

Image: People are still being urged to stick closely to social distancing

First Minister Mark Drakeford hasn’t put forward a comprehensive roadmap like England’s, so all eyes are on the outcome of another review on 2 April.

But some local businesses worry that even though travel within Wales is now allowed, trade won’t pick up until tourists from across the UK can return.

Image: Ross Barnes says he needs people from across the UK to be able to visit

They have also just opened a pop-up shop, but they need visitors from England and the rest of the UK to make up their losses.

“We can’t just survive on local trade. We’re waiting for the time when we can operate how we should be operating,” says Ross.

Wales has already reopened hairdressers and has allowed most school students to resume face-to-face teaching – with all pupils, as well as college students, set to return to classrooms after the Easter break.

The changes come ahead of England easing some restrictions on Monday.

The stay-at-home order will be replaced with a stay local rule, organised sport will return, and so will the rule of six outdoors.

Self-contained holiday accommodation in England is set to open on 12 April – the same day as pubs and restaurants can start serving outside.

Boris Johnson has said the plan for easing lockdown remains on schedule and that there is nothing to dissuade him from “continuing along our roadmap to freedom”.

People living elsewhere in the UK will have to wait a few days longer for their next step in easing COVID rules.

The rule of six is going to be reintroduced in Northern Ireland from Thursday, while Scotland’s stay at home order will be removed on Friday.