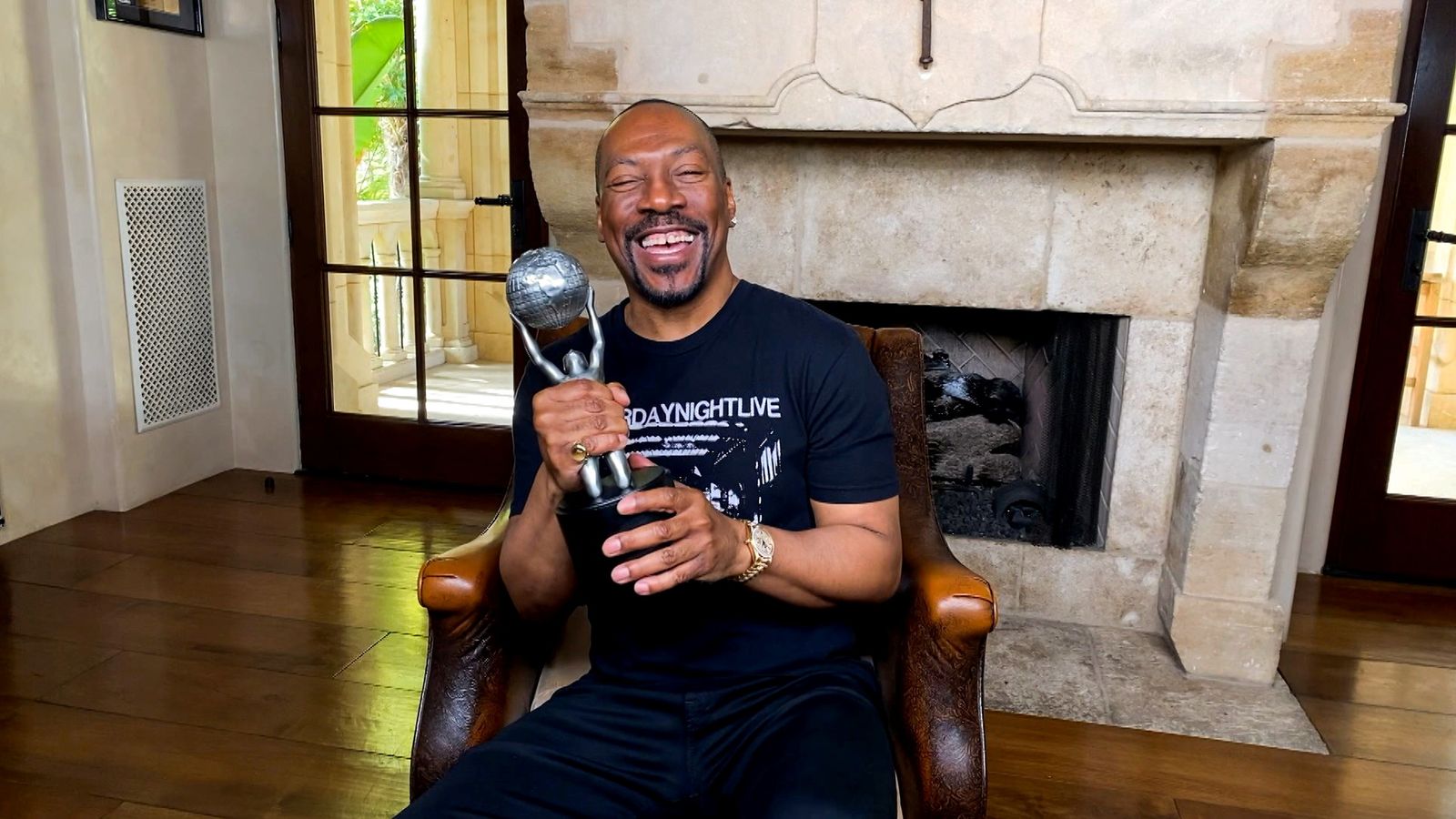 Eddie Murphy has said he is “very moved” to have been inducted into the NAACP Image Awards Hall of Fame, at the organisation’s show in honour of works by entertainers and athletes of colour.

The actor and comedian, 59, was presented the award by his long-time friend and Coming 2 America co-star Arsenio Hall.

Murphy said: “I’ve been making movies for 40 years now… 40 years. This is the perfect thing to commemorate that and be brought into the hall of fame.

The hall of fame induction is bestowed on an individual who is viewed as a pioneer in their respective field and whose influence has shaped the “profession for generations to come”.

Comedian Anthony Anderson, star of the sitcom Black-ish, hosted the show for the eighth consecutive year.

The NAACP Image Awards officially began on Monday, giving out a set of awards each night, before airing on several TV channels in the US on Saturday evening.

Among those honoured was the late Chadwick Boseman, who won best actor in a motion picture for his role in Ma Rainey’s Black Bottom.

Simone Ledward Boseman, the actor’s wife, accepted the award on his behalf.

She said: “As always, he would give all honour and glory to the most high God.

“He would thank his mum and dad. And he would give honour to his ancestors, as we now honour him.

“Thank you NAACP for always giving him his flowers. He was an uncommon artist and an even more uncommon person.”

Boseman’s widow also urged black people over the age of 45 to get screened, saying: “Don’t put it off any longer. This disease is beatable if you catch it in its early stages.”

British actor Regé-Jean Page also took home an award for outstanding actor in a drama series for his performance as the Duke of Hastings in Netflix drama Bridgerton.

And Viola Davis took home best actress for her film and television roles in Ma Rainey’s Black Bottom and How To Get Away With Murder.

LeBron James received the President’s Award for his public service achievements and thanked the NAACP, which stands for the National Association for the Advancement of Coloured People, for recognising his efforts beyond the basketball court.

The Los Angeles Lakers superstar was recognised for his efforts through his LeBron James Family Foundation and his I PROMISE School – an educational initiative.

Last year, he launched More Than A Vote – a coalition of Black athletes and artists – that is dedicated to educating and protecting black voters.

“This award is so much more than myself,” James said. “I’m here receiving it, but this dives into everything that I’m a part of.”

Ms Abrams was honoured for being a political force and her voting rights work that helped turn Georgia into a swing state.

In her acceptance speech she paid homage to her parents for her upbringing.

“They taught me and my five siblings that having nothing was not an excuse for doing nothing,” she said.

“Instead, they showed us by word and deed to use our faith as a shield to protect the defenceless, to use our voices to call out injustices, and to use our education and our time to solve the problems that others turn away from.”