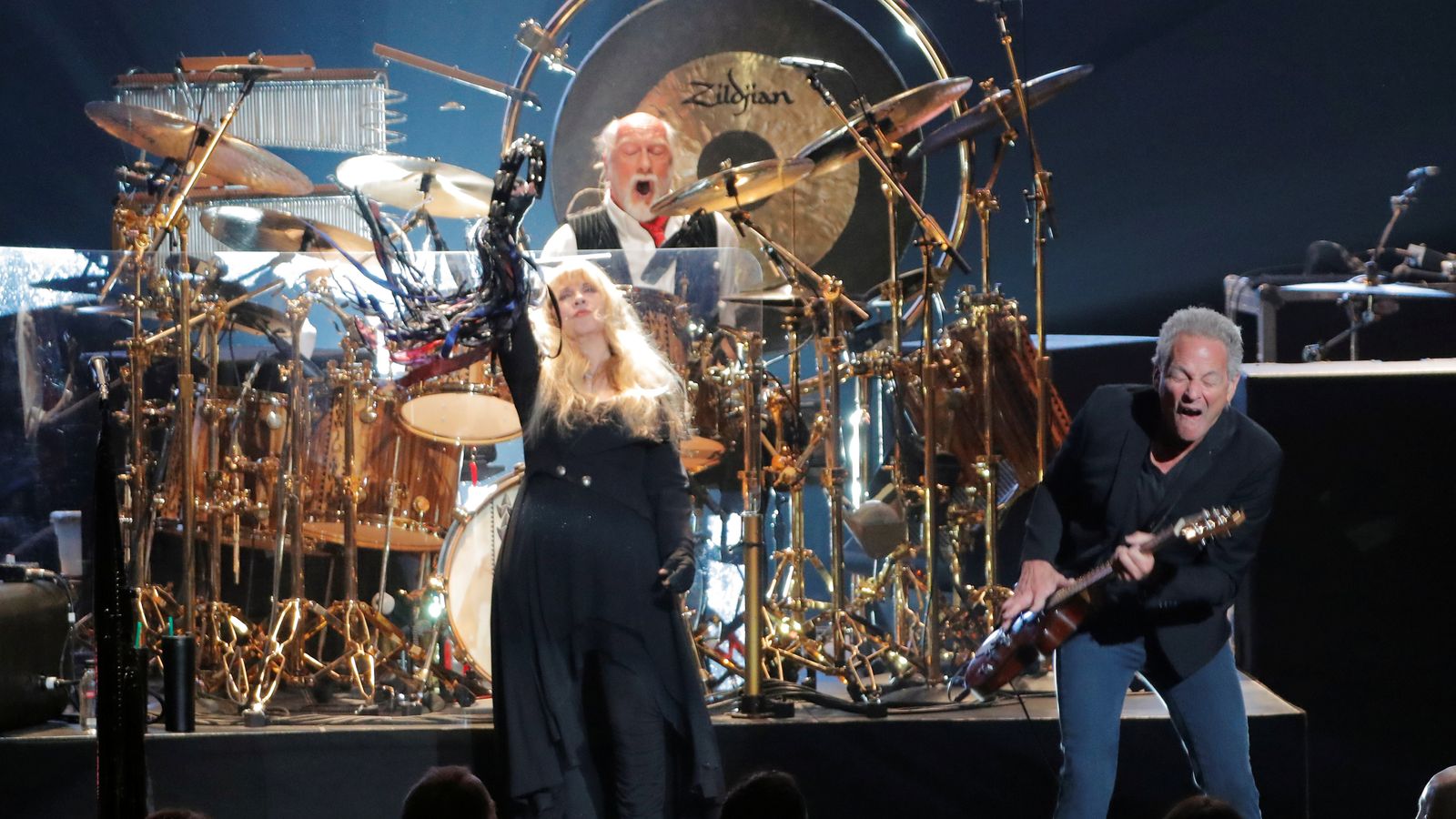 Mick Fleetwood has revealed he hopes every past and current member of Fleetwood Mac will perform together the next time the band tour, following the death of co-founder Peter Green.

The 73-year-old drummer said it is his “English pipe dream” that “everyone who’s ever played in Fleetwood Mac would be welcome” when the rock group take to the stage again.

Green, who formed Fleetwood Mac with Fleetwood in 1967, died in July aged 73.

The group’s last tour in 2018 did not feature guitarist Lindsey Buckingham who reportedly claimed his ex-partner, singer Stevie Nicks, had given the band “an ultimatum” and forced them to choose between him or her.

But speaking to the Los Angeles Times, Fleetwood said: “I don’t look at it like that. Stevie was very unhappy. It was not an ultimatum – it was about taking a breath.

“Two people have walked away from each other, like Liz Taylor and Richard Burton. I understand both people. Lindsey would say: ‘You’re piggy in the middle, Mick.'”

Fleetwood has been an ever-present member of Fleetwood Mac, along with John McVie who joined shortly after the band was formed.

Green left the group in 1970 as he struggled with mental health problems, before they became one of the biggest-selling acts in rock with a different line-up having switched from blues to pop.

Buckingham quit the band in 1987 and Nicks left four years later, though both returned in 1997. Soon after, singer Christine McVie retired and then rejoined in 2014.

Image: Mick Fleetwood has been an ever-present member of Fleetwood Mac

The band’s last tour in 2018 saw Buckingham replaced by Tom Petty And The Heartbreakers’ Mike Campbell and Crowded House’s Neil Finn on guitars.

Asked who will be in Fleetwood Mac the next time the band tours, Fleetwood told the LA Times: “I hope the whole f****** lot of them! I’m not done. And if I can get John McVie off his boat, he’s not done either!

“My English pipe dream, sitting on top of a mushroom, would be that everyone who’s ever played in Fleetwood Mac would be welcome. That’s what would drive me, because this is all about a collective.”

An all-star tribute concert honouring Green and the early years of Fleetwood Mac took place at the London Palladium in February last year.

It will be streamed online for the first time next month.

COVID-19: Ireland ‘not aware’ of any vaccine jabs offer from UK