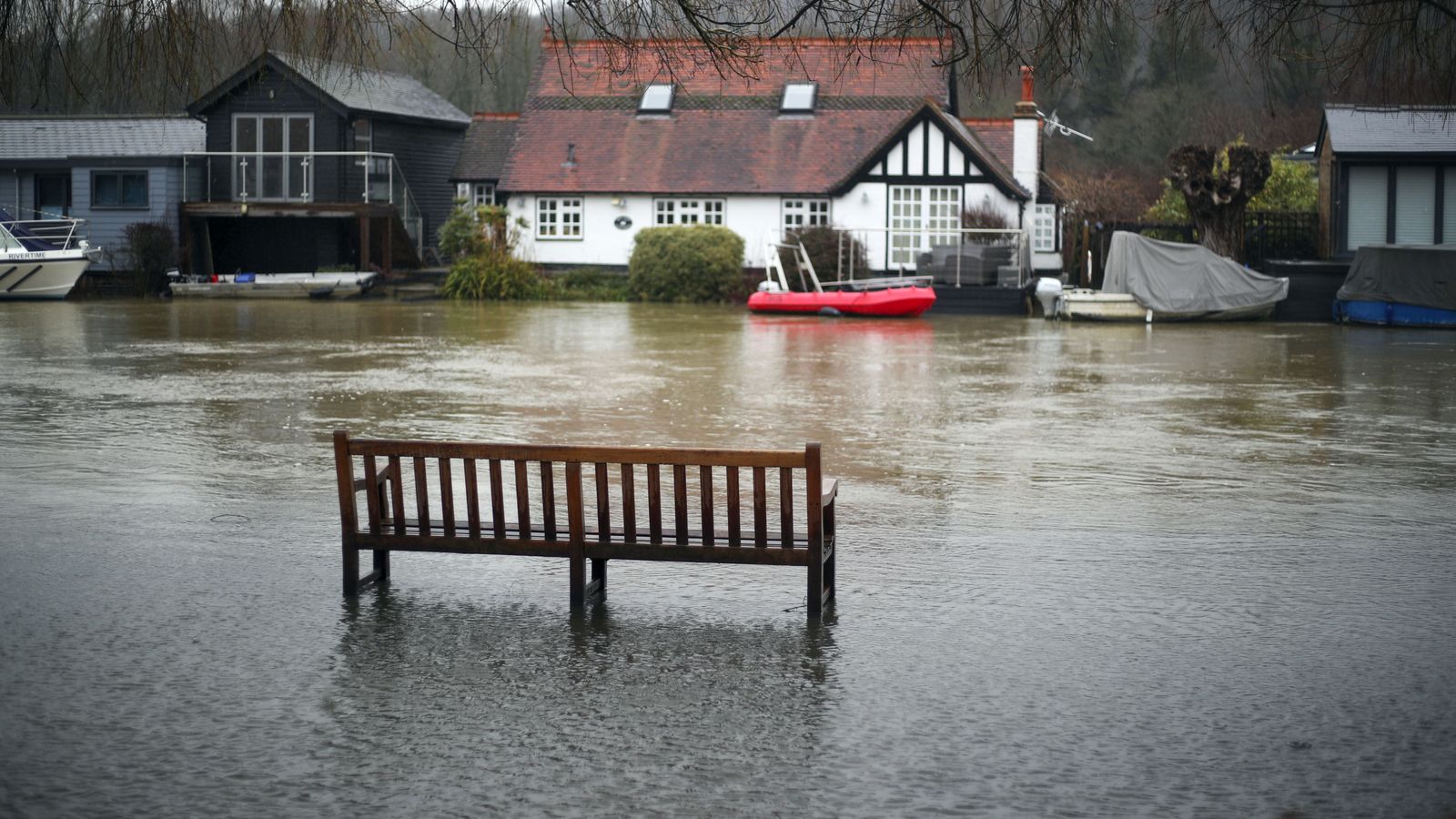 Flood alert apps and “sponge” road surfaces are among the technologies that will be used in England as part of a new project to deal with flooding.

A £150m funding package has been announced by the Department for Environment, Food and Rural Affairs, which will be shared between 25 local schemes to improve waterway defences and coastal resilience.

A number of approaches will be tested, including the restoration of sub-tidal habitats such as kelp beds, oyster reefs and sea grass near South Tyneside, and an app to warn residents about the groundwater threat in Buckinghamshire.

Artificial intelligence and new sensor technology will detect rising water levels in Northumberland, and in Cornwall sand dunes will be protected and salt marshes restored.

In Slough, the Chinese “sponge city” concept will use permeable roads to soak up surface water, along with natural vegetation to improve drainage.

Environment minister Rebecca Pow said the government has promised £5.2bn for 2,000 new flood and coastal defences over the next six years.

She said: “These 25 projects will not only help to inform future approaches to prepare communities for flooding and coastal change across the country, but also help reinforce the UK’s position as a world leader in innovation and new technology as we build back better.”

Emma Howard Boyd, chair of the Environment Agency, said: “The innovation programme is extremely exciting as it begins to put new aspects of the national flood and coastal erosion risk strategy to the test.

“What we learn will inform our approach to the climate crisis in the coming decades and it’s something to tell our international partners about at COP26 (this year’s United Nations Climate Change Conference).

“I’m particularly interested in the projects that test the ability of nature-based projects to generate revenue.

“If successful, these could be scaled up by private finance around the world, helping to prepare for climate shocks, restore nature and create jobs.”