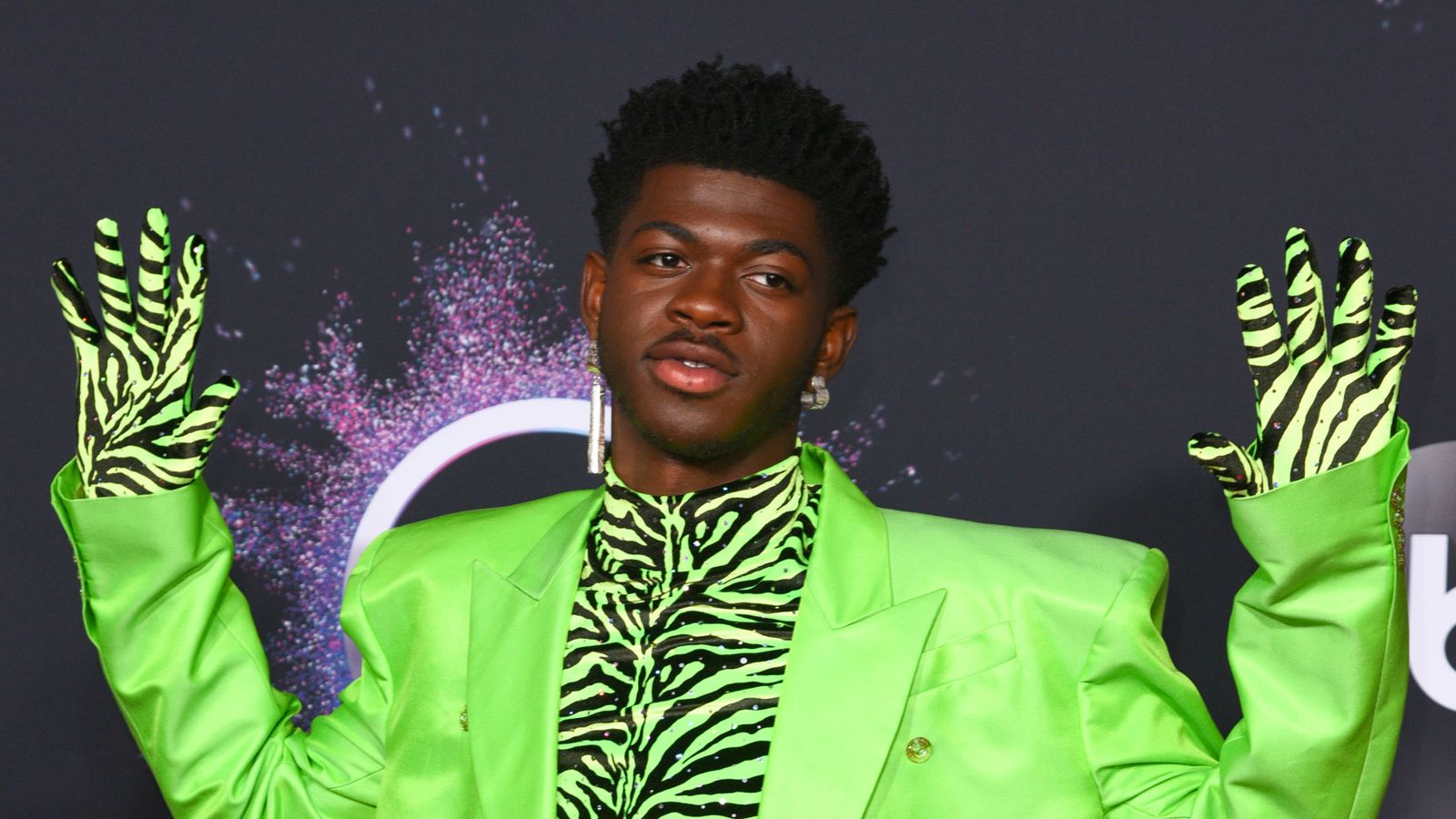 Rapper Lil Nas X is facing criticism after he launched a limited edition “Satan shoes” range, with each one containing a drop of human blood.

The musician, best known for his 2019 breakout hit Old Town Road, revealed the controversial kicks off the back of his new song Montero (Call Me By Your Name).

The song’s video features the star dancing provocatively with the devil, before seemingly killing him and taking the underworld crown for himself.

Lil Nas X, real name Montero Lamar Hill, is spotted wearing the trainers in the video, and will now release a limited run of them in collaboration with MSCHF, which is know for its quirky art drops.

The black and red Nike Air Max 97s feature a pentagram on top, with a reference to the bible verse “Luke 10:18” on the side – which says: “He replied, ‘I saw Satan fall like lightning from heaven’.”

The run of 666 shoes each contains “one drop” of human blood, and were priced at $1,018 when they went sale on Monday.

According to XXL Magazine, all 666 pairs sold out in less than a minute.

Nike has already distanced itself from the shoes, saying in a statement: “We do not have a relationship with Little Nas X or MSCHF. Nike did not design or release these shoes and we do not endorse them.”

Religious figures in the US have criticised Lil Nas X for the shoes, including Donald Trump’s pastor Mark Burns, who tweeted: “These #SatanShoes by #Nike & #LilNasX with 666 and a drop of human blood in the sole is a reason why we Christians must be prayed up ready to battle in the spirit with the Voice of the Holy Spirit.

“This is evil & heresy and I pray that Christians rise up against this.”

South Dakota Governor Kristi Noem added her voice to the criticism, saying: “Our kids are being told that this kind of product is, not only okay, it’s ‘exclusive’. But do you know what’s more exclusive? Their God-given eternal soul.

In a later tweet on her personal account, Ms Noem added that Lil Nas X should be cancelled.

In response to the criticism, the rapper put up a YouTube video where he begins to apologise about the shoes – but it cuts to his music video after a few seconds.