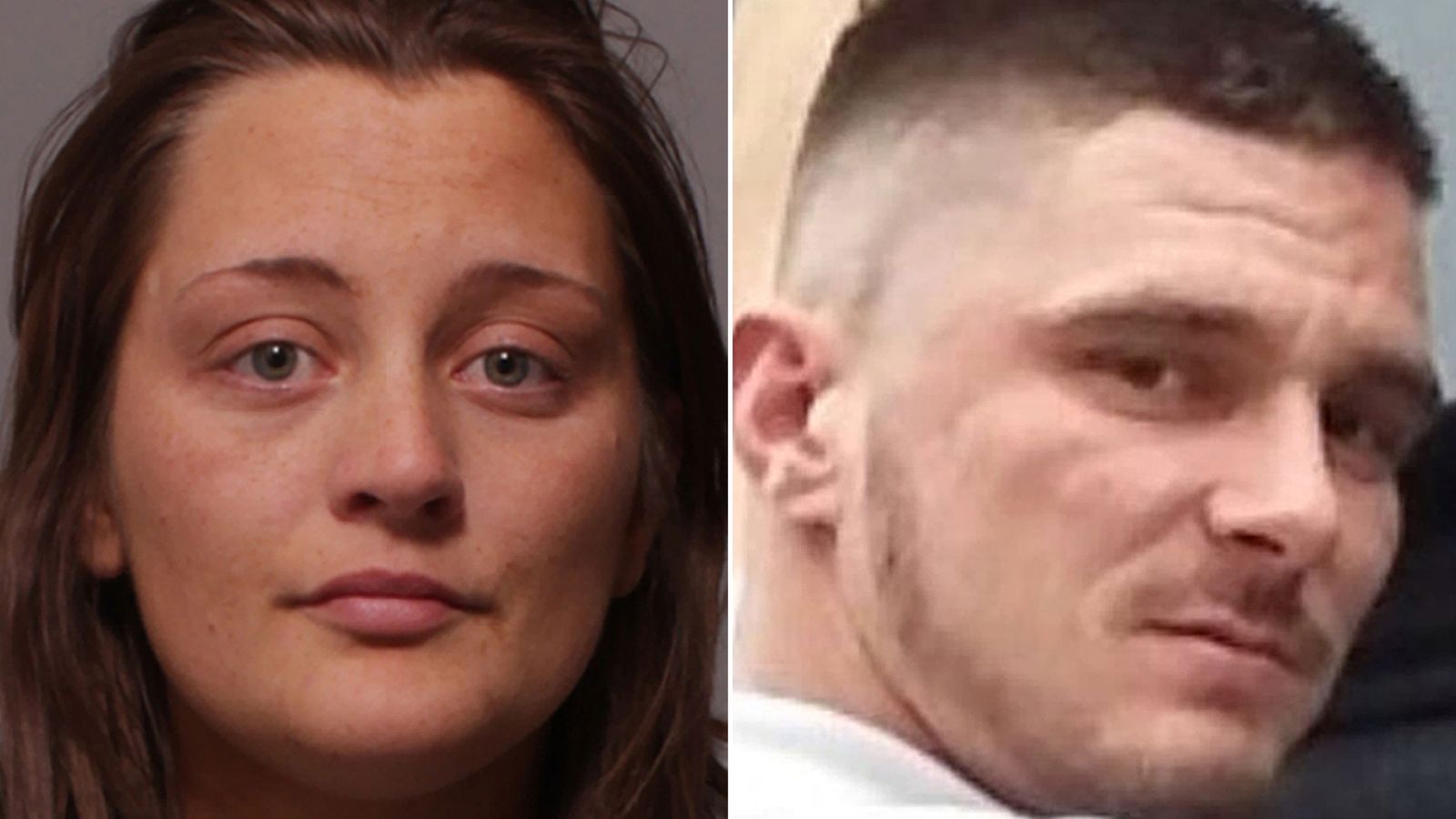 A woman has been jailed for life with a minimum term of 17 years for murdering her partner with a steak knife, after being convicted for a second time.

Emma-Jayne Magson received the sentence at Birmingham Crown Court following a guilty verdict in a retrial ordered by the Court of Appeal.

It came despite her claim that she had stabbed him in self-defence because he was strangling her at the time, which the jury had rejected.

Her appeal had been assisted by Justice for Women – the same campaign group which helped Sally Challen challenge her conviction for murdering her abusive husband with a hammer.

Image: Magson was assisted by the same lawyers who helped Sally Challen win her appeal

The 28-year-old, of Sylvan Street, Leicester, killed 26-year-old James Knight with a single stab wound to the heart in March 2016 after a drunken row.

Her initial conviction was quashed in January 2020 after new psychiatric evidence showed the defence of diminished responsibility would have been available to her at her first trial.

And a jury again found her guilty of Mr Knight’s murder, by majority verdict, on 5 March.

Jailing Magson for life on Monday, Mr Justice Jeremy Baker told her: “I regret I am unconvinced you have, as yet, any real remorse for having caused James Knight’s death.”

He added that for legal reasons he could not impose a greater minimum term than the 17-year tariff previously handed to her.

But the judge said: “Had it not been for the statutory limitation on the court’s powers, the minimum term would have been in excess of that previously imposed upon you.”

The couple had got together around six months before his death, the trial had been told.

Magson had met up with Mr Knight in a bar on the night he was killed, after going out for the night with friends in Leicester.

A taxi driver told the court the pair were arguing in his car on the trip home and that Magson kicked Mr Knight, so he asked them to get out.

CCTV footage played to jurors appeared to show Mr Knight pushing her over in the street after they got out of the taxi.

Later that night, at her home,he was heard banging on her front door after they arrived back there.

The judge said: “I am sure that until the week of his death he had not shown any physical violence towards you.

“On the contrary, I am sure such physical acts of violence which had taken place during your relationship were ones for which you were responsible, including striking him with a hoover pipe, and stabbing him in the chest with an item of cutlery.”

Jurors had heard Magson’s previous convictions for violence against others, were aggravating factors in the case.

The judge said these had involved “punching a girl outside a nightclub in 2011” and then in separate incidents, the following year, Magson had “punched and kicked a girl, and put a glass into another girl’s face”.