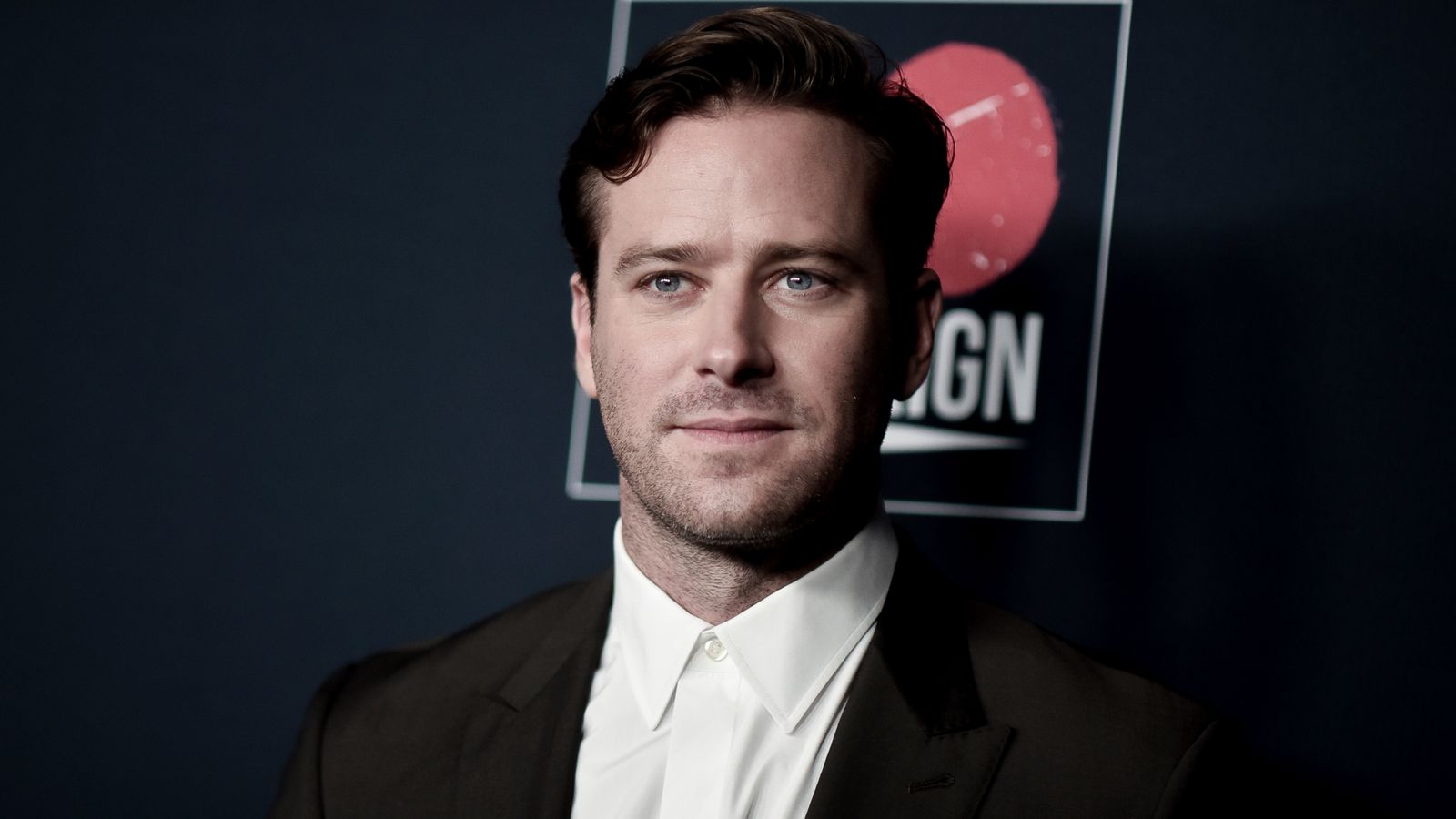 Armie Hammer has reportedly been dropped from the cast of the film The Billion Dollar Spy – leaving him with no more upcoming work.

It comes after police in Los Angeles launched an investigation into an allegation of rape made against the Hollywood actor.

Hammer has denied any wrongdoing.

Image: Effie (left) says Armie Hammer raped and assaulted her during their relationship

The actor was due to star in the spy thriller, directed and written by Amma Asante for production company Walden Media, but has now been dropped, according to Variety and Hollywood Reporter.

Hammer, who was once nominated for a Golden Globe for his role in Call Me By Your Name, had previously left the casts of upcoming Jennifer Lopez film Shotgun Wedding, as well as new a Paramount TV series, The Offer, amid the allegations.

He has also been dropped by his agent and publicist.

All of his other forthcoming projects had wrapped before allegations had been made against him, including Death on the Nile, which has seen its release pushed back to 2022, despite post-production completing some time ago.

Earlier in the month, police in LA confirmed an investigation into Hammer was underway, after a 24-year-old woman, who lives in Europe and has been identified as “Effie”, alleged at a press conference that she had been raped by the actor in 2017.

Since January, a number of the actor’s former partners have alleged he was physically and emotionally abusive.

His estranged wife Elizabeth Chambers, with whom he has two children, has said she is “shocked, heartbroken and devastated” by the stories.