COVID-19 lockdown easing: Most pubs don’t have a beer garden 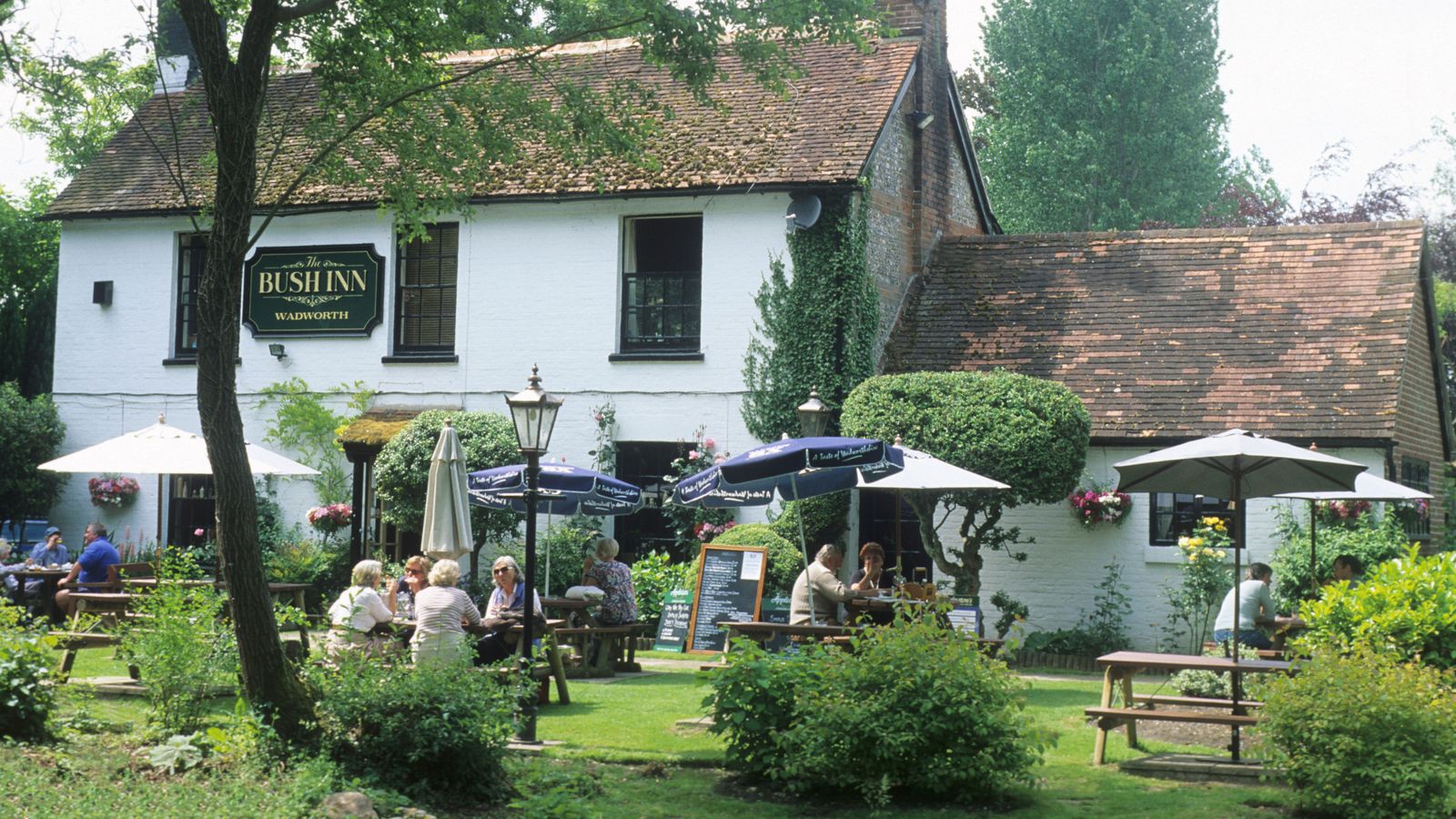 Fewer than two in five licensed premises will have outdoor areas available to serve diners and drinkers when lockdown rules are eased next month, new figures show.

Around 41,100 or 38.2% of sites in Britain have a garden, terrace, car park or other area they might use at the next stage of reopening – with more of them in some parts of the country than others.

The report from researchers CGA and consultants Alix Partners also sets out the scale of the impact of prolonged closures on the sector, with the number of licensed premises declining over the past year by 7,592 to 107,516.

Image: In most areas fewer than half of premises have outdoor spaces, figures show

Those that have survived will hope to take advantage of pent-up demand as lockdown rules are eased, with outdoor areas able to open from 12 April and indoor spaces from 17 May, under a roadmap for England.

In Wales, outdoor hospitality could start to open from 22 April and in Scotland from 26 April.

But the impact will vary, with more than half of premises in south west England having an outdoor space compared with fewer than a third in London and under a quarter in Scotland.

It will also have varying impacts on different parts of the sector, with 80.5% of local “community” pubs having outdoor spaces compared with just 11.9% of casual dining restaurants.

Even some of those premises that do have a garden or patio may be unable to trade from April because of limited spaces and the costs of equipping and staffing them may make it impossible to trade profitably, the report found.

Poor weather could also dampen the prospect of reopenings.

Image: Outdoor drinking and dining will return from 12 April in England

However help from local authorities – allowing pubs and restaurants to use street space to set out tables and chairs – could boost numbers.

Karl Chessell, a hospitality and food sector expert at CGA, said: “With huge pent-up demand for hospitality and consumers’ confidence rising, outside trading could give sales a useful kickstart – but there are a lot of variables at play.

“Pubs with beer gardens will be popular if the sun shines, but some restaurants may find it harder to recoup the costs of reopening, especially if the April weather isn’t favourable.

“Well over half of licensed premises have no space at all in which to trade, though they could yet reopen in April if local authorities take a proactive approach and open up street space to serve on.”

A number of chains including Wetherspoons have already set out plans for the number of pubs they will open in April.

The percentage of licensed premises in different parts of the country with outdoor areas, according to the CGA report, is as follows: