Everyone’s Invited campaign: School harassment victim tells her story to encourage others to speak out 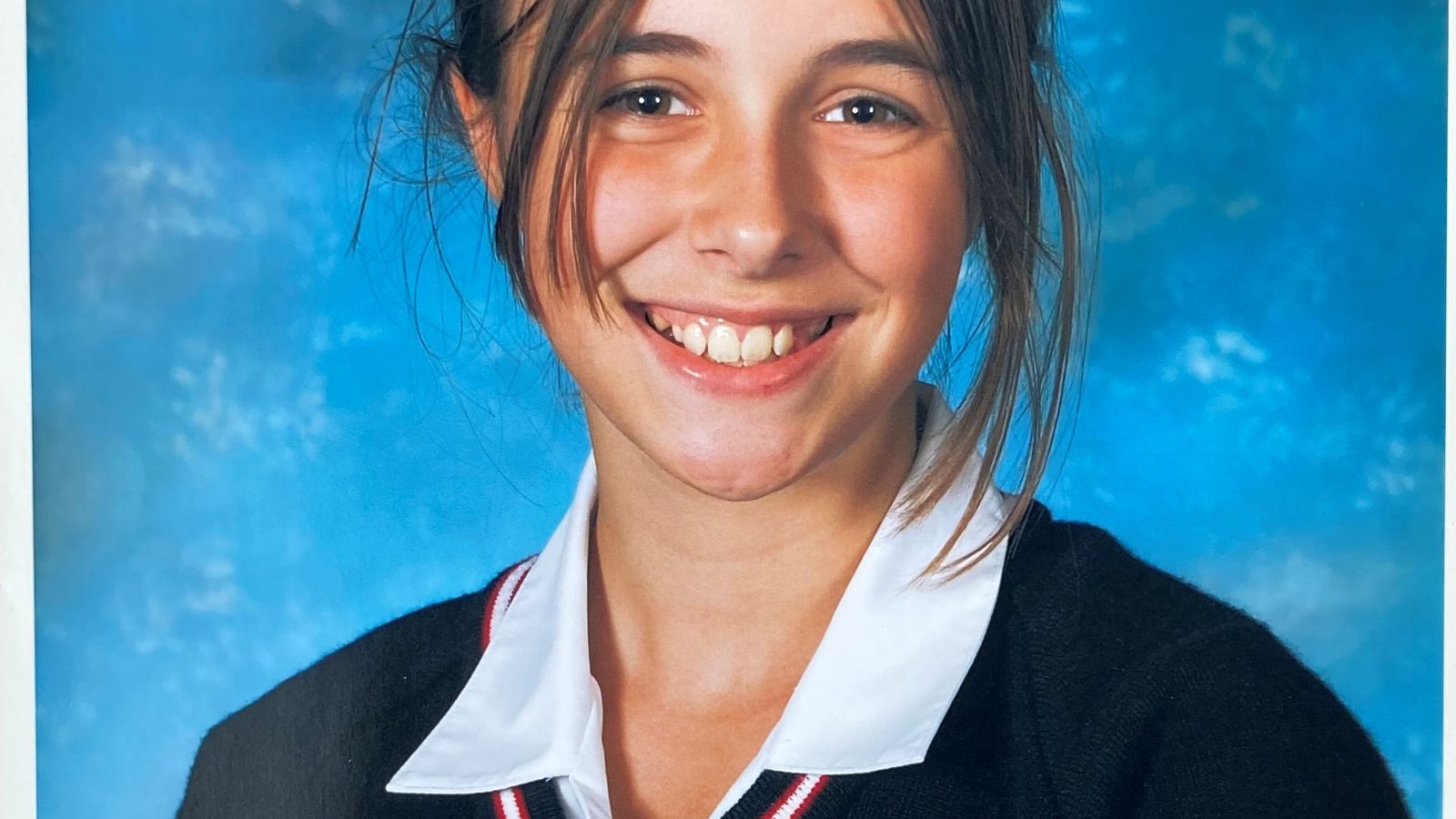 A woman who was sexually harassed as a 14-year-old schoolgirl has spoken about her ordeal to encourage others to come forward and put an end to “rape culture”.

Georgina Edwards was repeatedly harassed by an older boy at a nearby school.

She told Sky News: “There was constant pestering for me to send nude images and talk about myself in a sexual manner.”

She said that following a campaign led by the Everyone’s Invited website to encourage victims to step out of the shadows, she was relieved people were “finally banding together to say enough is enough”.

More than 8,000 allegations have now been made by school pupils on the website which is gathering testimonies of sexual violence and abuse.

Many of the perpetrators are said to be at the same school or in the same social groups.

One anonymous victim revealed: “When I was nine years old I was sexually abused for weeks on end by an older boy.

“He was obviously into pornography although he was only about 13 and had many resulting ‘ideas’ of how women should be treated.”

Another said: “Aged 12, I was pressured into sending nude pictures to a boy in my year.

“I had no idea this was even a thing. I felt so disgusted doing it but I felt like I had to.”

Image: Georgina was a pupil at the James Allen’s Independent Girls’ School in Dulwich, south London, when she suffered repeated harassment

“Instead of being offered any help after the situation I was manipulated not to make an official police report because it would end and ruin the trip for everyone else.”

On Monday, Education Secretary Gavin Williamson described the testimonies coming to light as “abhorrent” and a top police officer warned some schools may even have covered up sexual offences in order to protect their reputation.

Simon Bailey, chief constable and lead officer for child protection for the National Police Chiefs’ Council, told The Times he was concerned a “culture of misogyny and sexual harassment” had not been challenged at some of the schools named.

Georgina was a pupil at the James Allen’s Independent Girls’ School in Dulwich south London when she suffered repeated harassment. It has vowed to act on all allegations and bring them to authority

In recent days the school gates have been festooned with posters that read things like ‘Don’t tell me how to dress: tell them’ and ‘educate your sons’.

Dulwich College, the nearby boys’ school, says it is meeting with victims and holding an external investigation into any claims relating to its pupils.

Dr Joe Spence, headmaster, said the behaviour that had been described was “distressing and entirely unacceptable”.

He added: “We condemn it unreservedly. Whilst I cannot comment on anonymous testimonies, any specific and evidenced allegations are being addressed, and we have involved external authorities to investigate where appropriate.

“We are meeting with victims to listen to their experiences and their concerns, and we will act on them.”

Everyone’s Invited was founded by Soma Sara who, after sharing stories of rape culture on Instagram following multiple conversations with friends and family, was overwhelmed with responses from strangers.

It describes itself as a “movement committed to eradicating rape culture”.

A statement on its website reads: “We at Everyone’s Invited could not have begin to have imagined the extraordinary impact the testimonies have had.

“We thank every brave survivor who has shared their story.”

A link is also now available on the website to directly report crimes to Scotland Yard.

Georgina added: “I have had people reaching out to me over the past few days saying how much it’s helping them – you know you are making a difference.”

A national hotline is also now being set up, asking victims to come forward.

COVID-19: Sir Lenny Henry appeals to black communities to have jab in ‘a letter to loved ones’