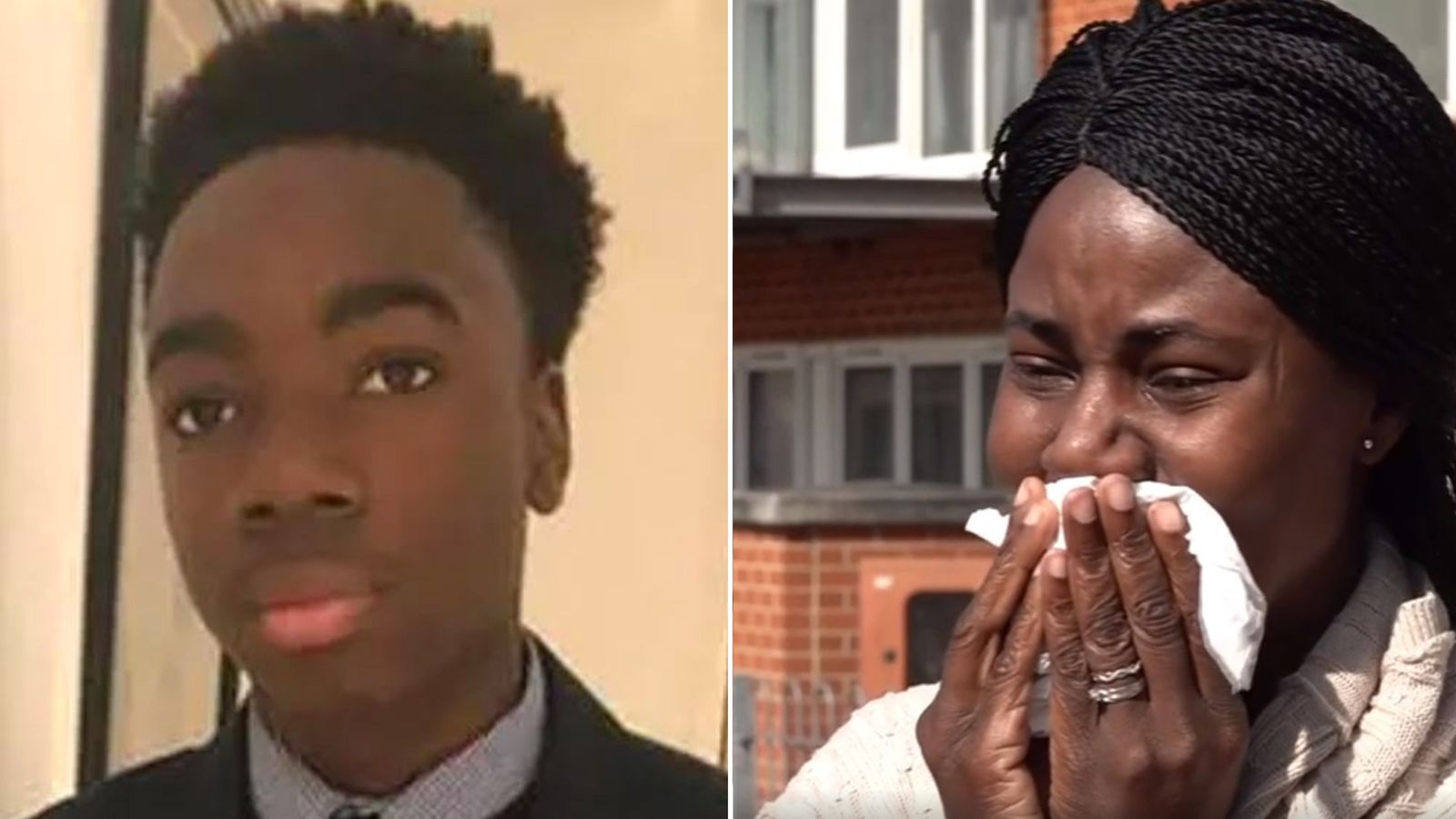 The mother of a missing teenager has described him as “her everything” and claims he was “struggling to cope” with shielding due to a chronic health condition.

Richard Okorogheye, 19, was last seen leaving his home in Ladbroke Grove, west London, at around 8.30pm on 22 March. He was reported missing by his family two days later.

He suffers from sickle cell disease and has been shielding since last March due to the coronavirus pandemic.

His mother Evidence Joel told Sky News he left without his medication, a jacket or any money and his disappearance is highly out of character, as he only leaves the house for monthly blood transfusions.

“All he said to me was ‘mummy, I’m going to see my friend’. I trusted him, I had no doubt or no reason to ask him further questions,” she said.

In a desperate plea for him to come home, she said through tears: “It’s my baby, it’s my treasure. He’s my oxygen, he’s my crown. He’s everything to me, he’s the reason why I live, the reason I exist.

“Right now I’m empty, there is nothing to look forward to. He’s taken my breath away from me.”

Ms Joel claims he told her he was “struggling to cope” before he disappeared, sparking fears he could be suffering with depression as a result of months spent locked in his room shielding.

He is studying IT at Oxford Brookes University and was finding remote learning difficult, she added.

She believes he may have been groomed by someone online who is now “holding him against his will”.

“Something went wrong in Richard’s room while he was isolating,” she said. “Even if Richard had had enough, Richard would not just go and not come back.”

Ms Joel and Richard’s father Newton Okorogheye have criticised the police’s handling of the case, claiming they were not “taken seriously” following his disappearance.

They claim he was not considered “high risk” until he had been missing for six days – despite his health condition.

“I was expecting assurance. My son was missing and it broke my heart.”

The Metropolitan Police say they are becoming “increasingly concerned” for Mr Okorogheye’s welfare.

“We are following every lead possible and are appealing for the public to help us in our work. If you may have seen Richard, please contact police.

He is known to frequent Hammersmith, Fulham and Westminster, she added.

A Met statement said: “The Metropolitan Police Service is committed to providing the best possible service to families of missing people, ensuring that they are supported by specialist officers and informed of investigative updates as soon as possible.

“The investigation into the disappearance of Richard Okorogheye remains ongoing – his family are being supported by a dedicated family liaison officer while all available resources are being utilised in the search.”

Anyone with any information should call police on 101 quoting 21MIS008134. Information can also be given via the charity Missing People.

COVID-19 lockdown easing: Most pubs don’t have a beer garden