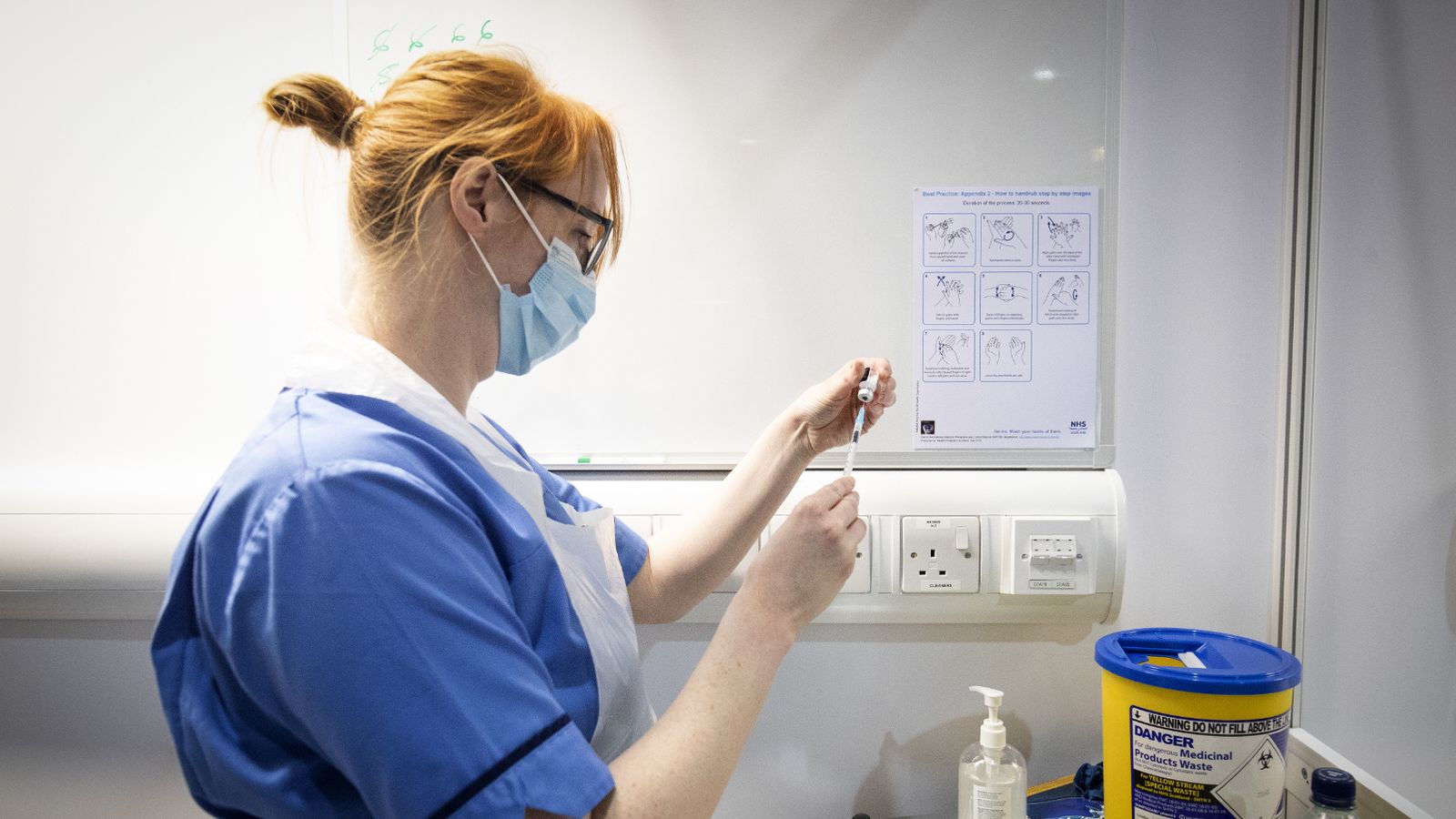 For the first time, the number of second doses of COVID-19 vaccine administered in the UK in a single day has exceeded first doses.

A total of 270,526 second doses were registered on Tuesday, compared with 224,590 first jabs, according to the latest government figures.

Until now, the number of first jabs per day had always been higher than second jabs.

Over the next few weeks, second doses are set to exceed first jabs on most days.

A second dose of vaccine has to be administered within 12 weeks of the first.

Vaccine supplies will be focused on giving second doses to those who had their first jab in January and February.

On Monday, Prime Minister Boris Johnson said that “for many people, April will be the ‘second dose month'”.

It comes as European Medicines Agency (EMA) executive director Emer Cooke said there is “no evidence” to support restricting the use of the Oxford-AstraZeneca vaccine in any population.

Yesterday, Germany announced it will suspend using the jab in the under-60s over concerns about rare blood clots.

However, the UK is “100% confident in the efficacy” of the vaccine, Housing Secretary Robert Jenrick told Sky News.

He said: “It is a safe vaccine and the UK’s vaccine rollout is saving people’s lives right across the country every day.”

Mr Jenrick said the jab’s effectiveness was “borne out by study after study”.

The EU medicines regulator – the EMA – and the World Health Organisation have both insisted the vaccine is safe and effective.

Meanwhile, the UK has recorded another 43 coronavirus-related deaths and 4,052 new cases in the latest 24-hour period.

This compares with 56 fatalities and 4,040 infections announced yesterday.

Last Wednesday, 98 deaths were announced in the UK along with 5,605 cases.