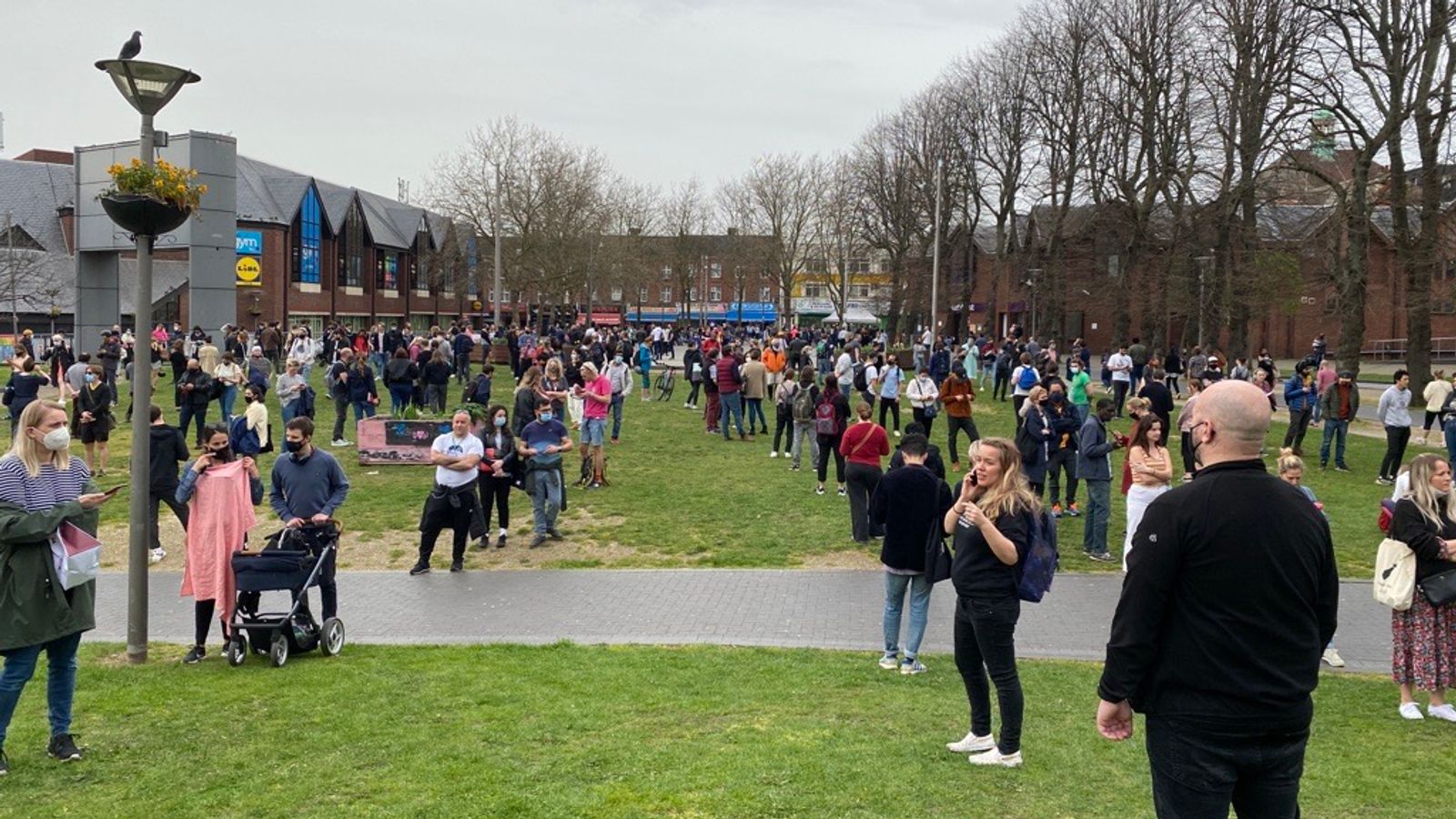 A vaccination centre in London which discovered a surplus of vaccine doses became inundated with people after it made a social media shout-out for walk-ins.

The library in Walthamstow, northeast London, has been turned into a vaccination centre and after its plea, a huge queue formed outside.

By the end of the day, staff had administered around 3,000 jabs.

Walthamstow Council and the local Labour MP Stella Creasy tweeted there were surplus COVID-19 vaccines available and invited anyone over 50, or over 18 if they had a health condition, to come in without an appointment to receive their first dose.

Health and social care workers, as well as ‘blue light’ workers (those employed by emergency services, NHS, social care sector and armed forces) were also invited for walk-ins, but all groups were asked to bring their NHS number and evidence of what category they were in.

The Walthamstow Library centre uses the Oxford-AstraZeneca jab, and the NHS Waltham Forest Clinical Commissioning Group tweeted that those who had their first dose of that vaccine over eight weeks ago could line up for their second.

Wednesday was the first day where second doses of COVID-19 vaccine in the UK outnumbered first doses.

A total of 270,526 second doses were registered on 30 March, compared with 224,590 first doses, according to the latest government figures.

Previously the number of first jabs per day had always exceeded second jabs.

A total of 4.1 million people in the UK are now fully vaccinated against COVID-19, the equivalent of around one in 13 (7.8%) of adults.

By the afternoon, such a long queue had formed in front of the Walthamstow centre, the council had to ask people to stop arriving.

A picture tweeted by the NHS Waltham Forest Clinical Commissioning Group shows several rows of people standing in a socially-distanced way, taking up most of the lawn outside.

The Waltham Forest Clinical Commissioning Group tweeted: “So proud of the local response to our call to get vaccinated – over 2000 so far.

“We do now have a large queue we need to manage safely. Unless you have an appointment please do not go for a vaccine.

“We will let you know when we have another walk-in event #StaySafeWalthamForest.

“Thank you to everyone who walked in and the amazing Drs, NHS staff and volunteers who made it possible.”

In a separate tweet the group added it would make sure all extra vaccines were used up.