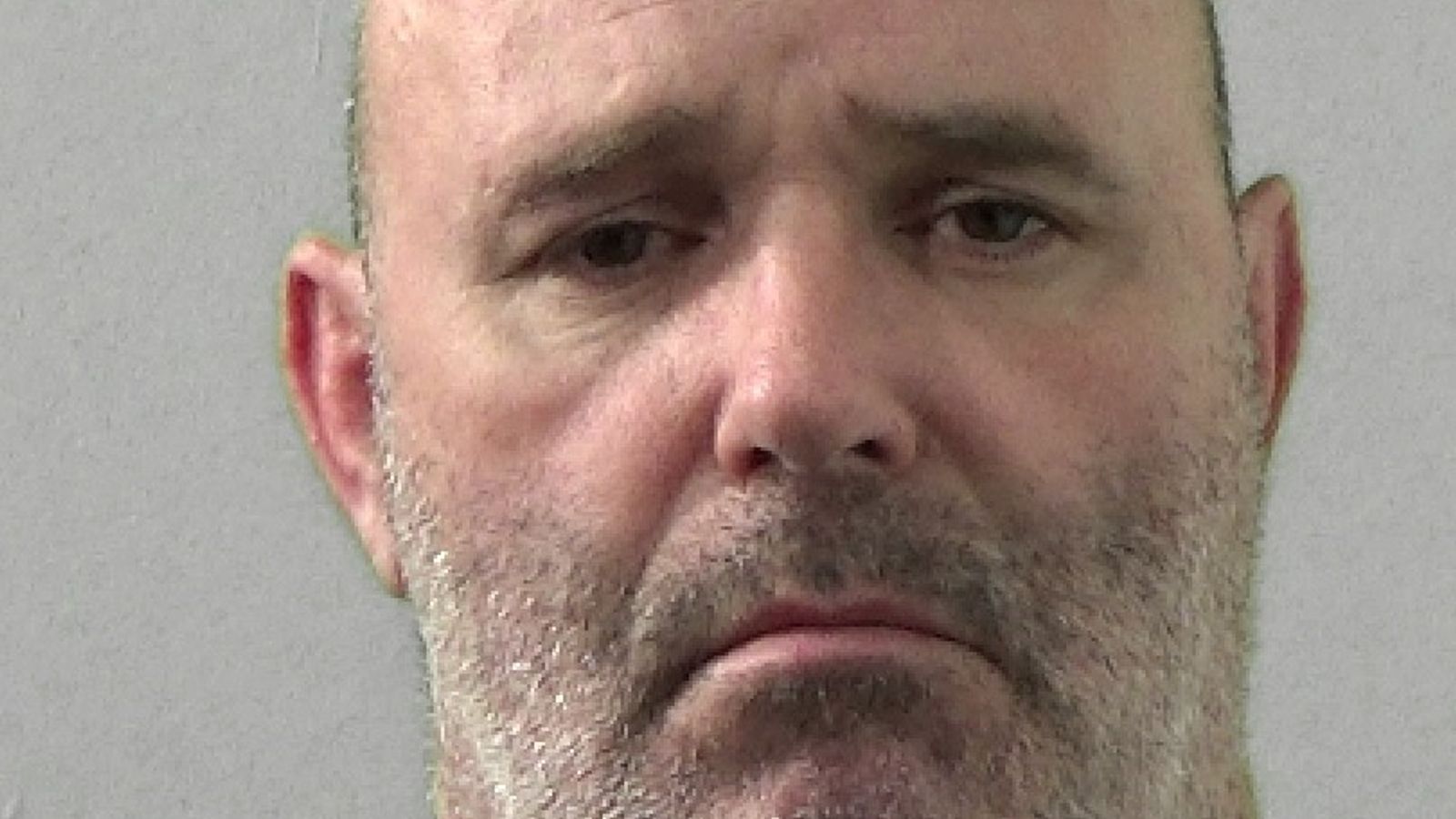 A “cruel” cage fighter murdered his ex-partner after blackmailing her about a sexual relationship she was having with a 15-year-old boy.

Newcastle Crown Court heard how jealous ex-convict Paul Robson, 50, snooped on teacher Caroline Kayll, 47, and the teenager outside her home in Northumberland last November, and then launched a terrifying and sustained attack on them both.

Branded “a cruel and calculating coward” by the prosecution, Robson kicked Mrs Kayll in the head while wearing heavy work boots, and may have strangled her.

In his rage, the court was told, he chopped off her hair in clumps and slashed her on the buttocks.

She could not survive the catastrophic brain injuries he inflicted.

So harrowing was the evidence that the judge presiding over the case, Mr Justice Lavender, said jurors would be excused from doing jury service again for at least 10 years.

The court heard Robson repeatedly attacked the boy with scissors and a meat cleaver, sprayed them both with ammonia and stole their phones – later updating her social media, pretending to be her, while he was on the run.

He even messaged one of her friends to say: “I went up there and they are cuddled up on the sofa, watching TV.”

Nicholas Lumley QC, prosecuting, said: “He was never going to do anything other than ruin her.

“If his fury and his frustration got the better of him then he was going to take things further and end her life.”

The cage fighting coach and former MMA fighter denied murder, claiming it was the boy who attacked Mrs Kayll, and said he struggled to get the better of the less powerfully-built teenager in the ensuing brawl.

Robson had a clandestine relationship with Mrs Kayll while he was behind bars in HMP Northumberland.

They lived together but split up weeks before the murder and he blackmailed her when he found out about the illegal relationship she had started with the teenager, who cannot be identified.

Mr Lumley told the jury Robson then had a hold over her, saying: “He knew things about her which she would not want to be made public.”

She was to confide in a friend that Robson was blackmailing her for £35,000 and that her ex was “going to ruin her” and tell her school, the jury heard.

However, money was not enough for him, and on 15 November, Robson drove three hours from Glasgow to Linton, having bought a locksmith’s bar, a magnetic GPS car tracker, screwdrivers, pliers, a wrench and the ammonia which he decanted into a washing-up liquid bottle.

CCTV showed him “prowling” outside her house.

Witnesses heard a female voice shout “get out” and later that evening Robson knocked on his former neighbour’s house to say “Caroline was in a bad way”, Mr Lumley said.

He then fled to Glasgow and remained at large while police made appeals to trace him before he was arrested.

He did not answer detectives’ questions but in a prepared statement said he was “broken” by her death and claimed someone attacked him when he visited her home.

Robson went on the run for six days while his ex-partner’s life ebbed away in hospital.

After the hearing, Detective Inspector Graeme Barr said the offending was some of the most violent he had seen in his career.

Robson will be sentenced on Wednesday.

UK should be ‘model for other white majority countries’, finds government-ordered race review