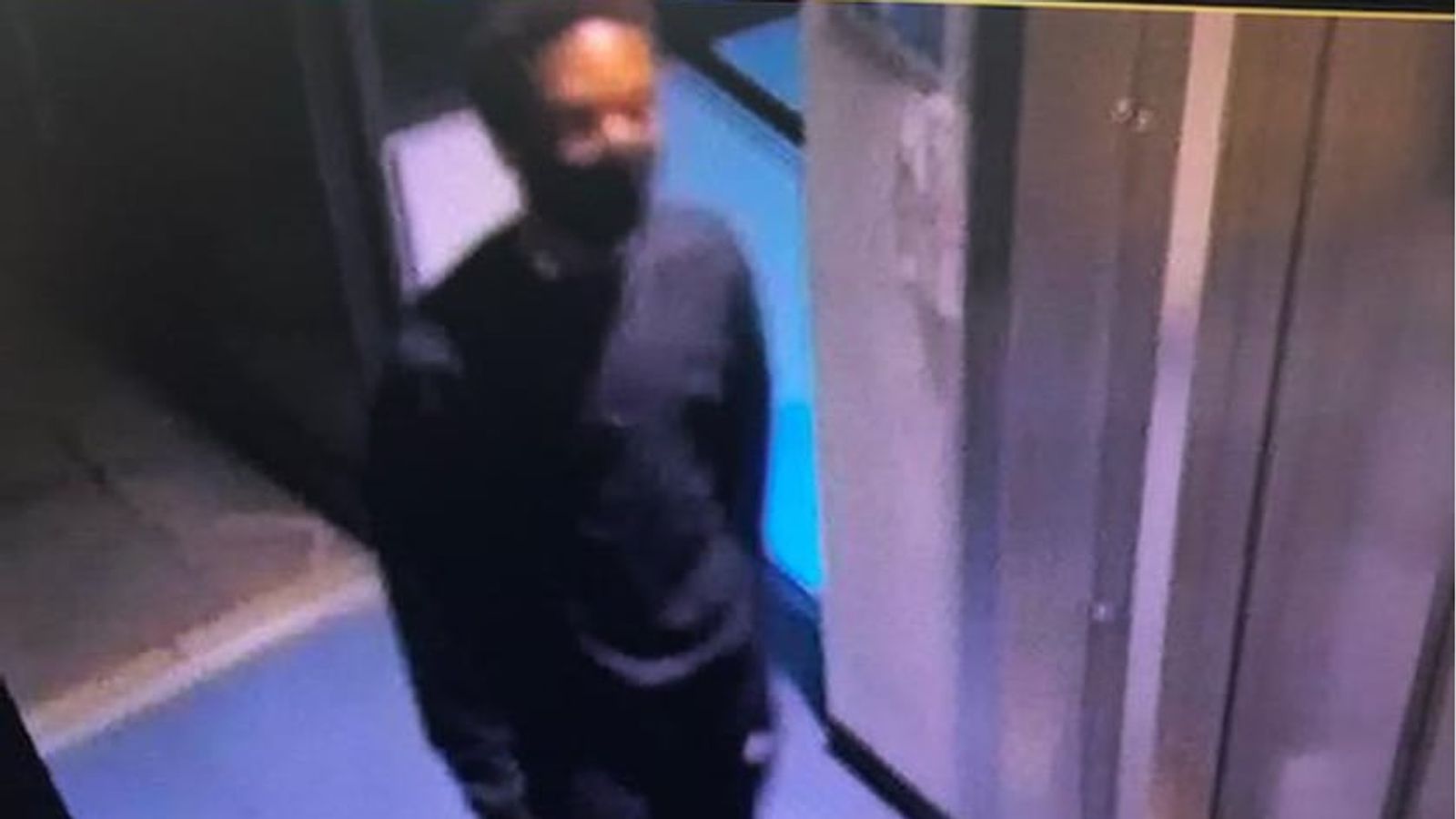 The mother of a teenager who has not been seen for more than a week has appealed for the public’s help in finding the son she is “missing desperately”.

RichardOkorogheye, a student at Oxford Brookes University, is believed to have left his family home in the Ladbroke Grove area of west London on the evening of Monday 22 March and was last seen boarding a bus.

On Wednesday 24 March, he was reported missing.

Image: Richard was wearing all black and had a black satchel-bag with a white Adidas logo on it with him. Pic: Met Police

Detectives investigating the disappearance of the 19-year-old have now released new images from the evening he vanished.

Enquiries have identified Richard leaving his home and heading towards Ladbroke Grove at about 8.30pm on Monday last week.

In the last confirmed sighting, Richard was seen boarding the number 23 bus southbound in Ladbroke Grove at 8.44pm.

CCTV footage shows he was wearing all black and had a black satchel-bag with a white Adidas logo, worn across his lower back. It is unknown which stop he got off at.

He is known to visit the Westminster and Hammersmith and Fulham areas, and officers have increased patrols in the Kensal Road and Ladbroke Grove areas.

In a statement, his mother Evidence Joel said: “Richard we love you and miss you very much, please can you come home. We aren’t angry at you. We just want to know that you’re okay.

“For anyone reading this, we are desperately missing our son. If you know anything or know where he might be, please come forward and speak to the police.”

Richard suffers from sickle cell disease and was said to have been struggling with shielding since last March due to the coronavirus pandemic.

Ms Joel told Sky News he left without his medication, a jacket or any money and his disappearance was highly out of character, as he only left the house for monthly blood transfusions for his condition.

“All he said to me was ‘mummy, I’m going to see my friend’. I trusted him, I had no doubt or no reason to ask him further questions,” she said.

In a desperate plea for him to come home, she said through tears: “It’s my baby, it’s my treasure. He’s my oxygen, he’s my crown. He’s everything to me, he’s the reason why I live, the reason I exist.”

Detective Chief Inspector Nicki Beecher, from the Met’s Area West Public Protection Unit, said: “Our officers are continuing to work around the clock to locate Richard and bring him home to his worried family.

“We are keen to speak with anyone who may have been around Ladbroke Grove at the time of Richard’s last known sighting as captured above – you might be able to help us trace his next steps.”

Richard, 19, a student at @oxford_brookes, was last seen leaving his family home in Ladbroke Grove on Monday 22nd March.

In an emergency please call 999.