UK should be ‘model for other white majority countries’, finds government-ordered race review 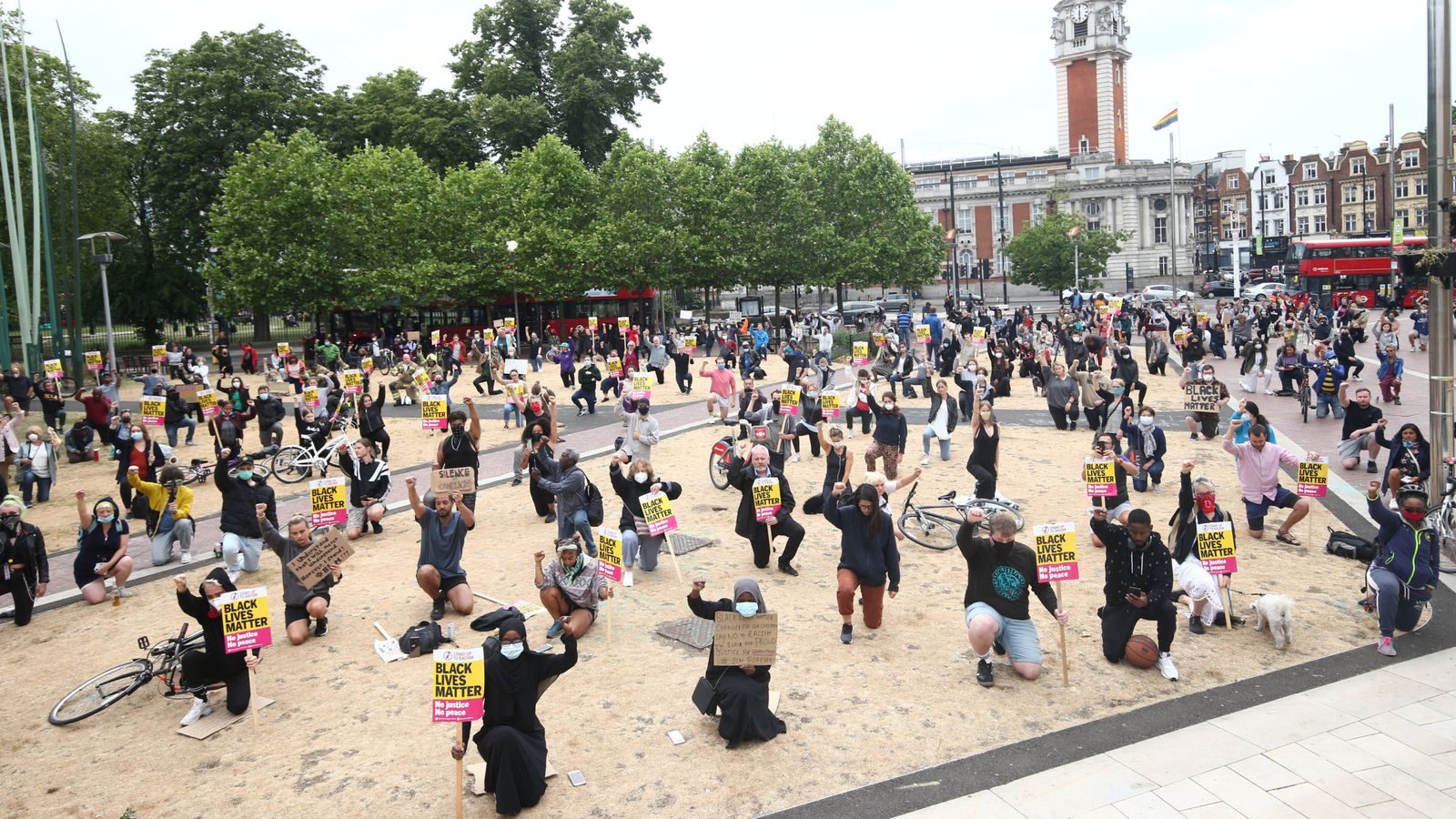 The UK “should be regarded as a model for other white-majority countries” although it cannot be considered “a post racial society”, a government-ordered review has found.

The independent Commission on Race and Ethnic Disparities – which was appointed by Prime Minister Boris Johnson following last summer’s Black Lives Matter protests – will on Wednesday publish a 264-page report on inequality in Britain.

Longer school days, a move away from unconscious bias training and the ditching of the BAME (Black, Asian and Minority Ethnic) acronym are among the key recommendations of the report.

Image: Education was hailed as the ‘single most powerful tool in reducing ethnic disparities’

And one of its major conclusions is that issues around race and racism are becoming less important and, in some cases, are not a significant factor in explaining disparities.

It found that children from many ethnic communities do at least as well or substantially better than white pupils in education.

This high achievement for children from certain ethnic communities is creating fairer and more diverse workplaces, the commission added.

In July last year, the prime minister tasked the commission with setting “a positive agenda for change” following the widespread demonstrations that followed the killing of George Floyd in the US.

The 10 members of the commission have since explored ethnic and race disparities within education, employment, the criminal justice system and health.

Among their 24 recommendations are:

• the phasing in of extended school days, starting with disadvantaged areas, as part of a “bold intervention” into education following the impact of the COVID pandemic on pupils
• access to better quality careers advice in schools for children from disadvantaged backgrounds, funded by university outreach programmes
• the commissioning of further research into the drivers in “high performing pupils’ communities” to see what can be replicated to support all children to succeed
• for organisations “to move away from funding unconscious bias training” and the government “to work with a panel of academics and practitioners to develop resources and evidence-based approaches of what does work to advance fairness in the workplace”

Speaking ahead of the report’s publication, commission chair Tony Sewell said there is no evidence of “institutional racism” in Britain, although there is evidence that “overt” prejudice exists.

Image: Footballers and other sportspeople have been ‘taking a knee’ since last summer’s demonstrations

Mr Sewell said that while there was anecdotal evidence of racism, he denied there was any proof that it was structural.

“We found anecdotal evidence of this. However… evidence of actual institutional racism? No, that wasn’t there, we didn’t find that.”

He said the term “institutional racism” was “sometimes wrongly applied” as a “sort of catch-all phrase for micro-aggressions or acts of racial abuse”.

Kunle Olulode, director of Voice4Change England and a co-opted member of the commission, said the final document features examples of progress but also highlights some “disturbing” points that require action.

“There are aspects of the report that I think lend itself to demonstrating that we have made huge strides and progress over the last 50 years.

“But there are also disturbing points within the report that I think need further exploration and certainly need to be addressed.”

Housing Secretary Robert Jenrick told Sky News there remained “a lot of serious inequalities in this country, including amongst ethnic minority communities”.

However, he said the findings released so far “does suggest that a good deal of progress has been made in the country over recent decades, particularly in important areas like education and employment”.

Also speaking to Sky News, Labour’s Lisa Nandy said: “It’s right to recognise that progress has been made and it’s right to celebrate it, but that shouldn’t in any sense mean we don’t see the very real problems in front of us and start to act on them.

She added: “What would be a real shame and roll back progress is if today we ended up in a situation where the government is seeking to downplay or deny the extent of the problem, rather than doing what it should be doing, which is getting on the front foot and tackling it.”

The commission also concluded that – as the differences between ethnic groups are now at least as important as those things they have in common – the BAME acronym was “of limited value” and should no longer be used.

According to the report, the success of much of the UK’s ethnic minority population in education and, to a lesser extent, the economy “should be regarded as a model for other white-majority countries”.

But the commission also warned that Britain is not “a post racial society” and that “overt and outright racism persists in the UK”, particularly online.

The report states: “Education is the single most emphatic success story of the British ethnic minority experience.”

The commission noted that the average GCSE grades across eight subjects for Indian, Bangladeshi and Black African pupils are “above the White British average”.

However, it also highlighted a growing divergence in educational achievement between Black Africans and Black Caribbeans.

New analysis for the commission found that in 2019 GCSE exams, the Black Caribbean group was the only ethnic group who performed lower than White British pupils.

The commission’s report said some communities continue to be “haunted” by “historic cases” of racism, creating “deep mistrust” in the system which could prove a barrier to success.

“Both the reality and the perception of unfairness matter,” it added.

However, their report also suggested that the well-meaning “idealism” of many young people who claim the country is still institutionally racist is not borne out by the evidence.

The commission found that while there remain disparities at the top of public and private sectors, it is an improving picture and there are increasing levels of diversity in elite professions such as law and medicine.

“We found that most of the disparities we examined, which some attribute to racial discrimination, often do not have their origins in racism,” the report said.

Mr Sewell, a charity boss and international education consultant, chaired the commission after previously working with Mr Johnson during the prime minister’s time as London mayor.

Downing Street was last year forced to defend his appointment in light of previous comments he made about the “supposed evidence” of institutional racism being “flimsy”.