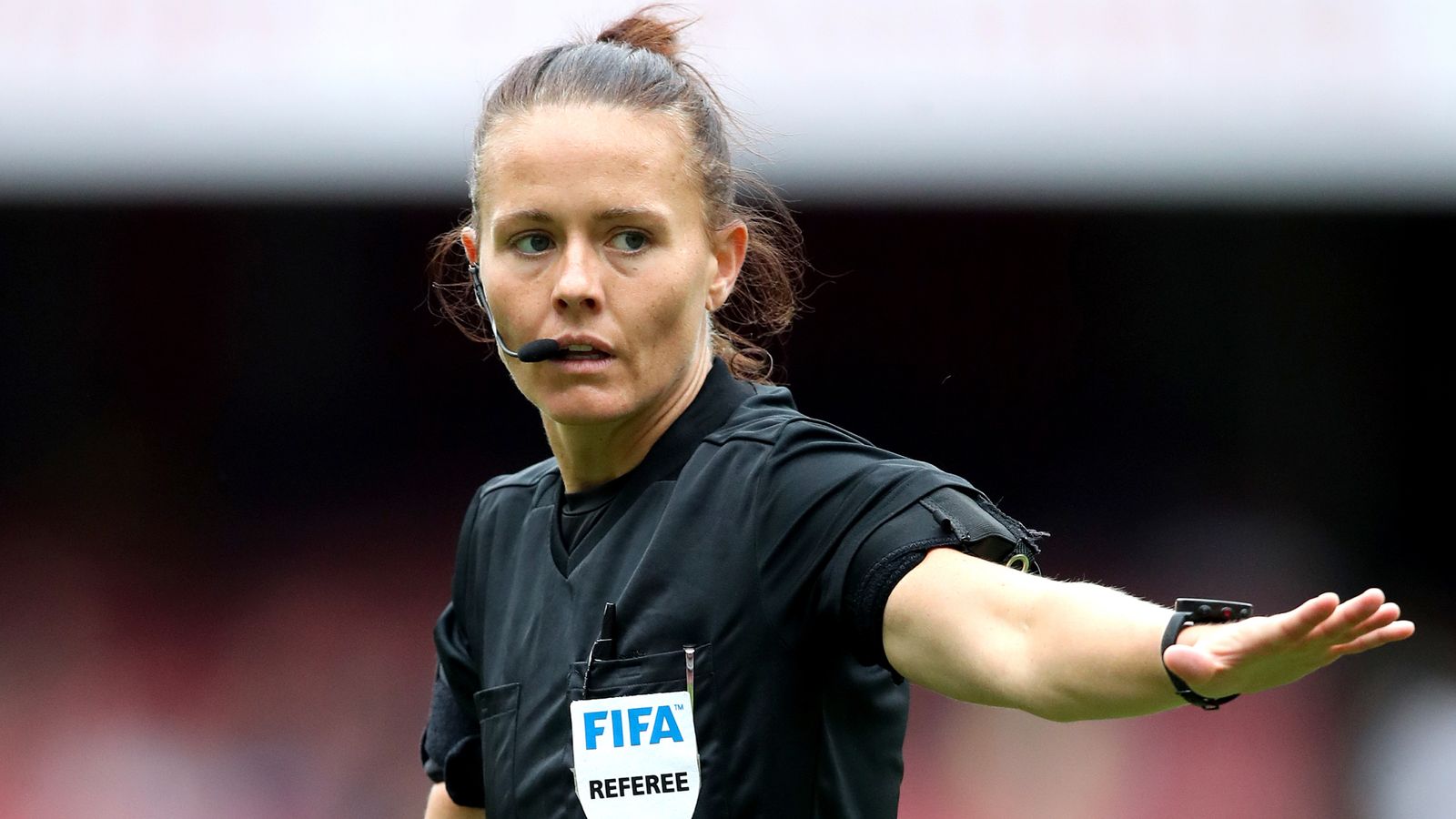 Rebecca Welch has become the first female referee to be appointed to a game in the English Football League, it has been announced.

Welch, 37, will preside over the League Two clash between Harrogate Town and Port Vale on Monday.

She told Sky Sports News: “I’m still trying to let it sink in. I got the news on Saturday and haven’t come back down to earth yet. I’m very fortunate to have been given this opportunity and I’m really excited about it.”

Breaking News: Rebecca Welch becomes the first female referee to be appointed to an @EFL game as she takes charge of Harrogate Town v Port Vale on Monday 5th April.

In 2010, Amy Fearn became the first woman to referee part of a men’s EFL game when she came on as a second-half replacement for a Championship clash between Coventry and Nottingham Forest.

But Welch is the first woman to be in charge of a whole match.

She has refereed in the National League for the past three years and presided over the Women’s FA Cup final at Wembley.

Recently she was promoted to UEFA’s elite category of officials.

“It’s not something I thought that, when I decided to be a referee 11 years ago, I would be in the Football League doing a game. That didn’t even register on my radar,” Welch said.

Image: The 37-year-old has refereed the National League for three years

“It seems to have been a whirlwind over the past 11 years and now we’re a week away from one of the biggest games of my career.

Monday’s game at the CNG Stadium in Harrogate will take place without fans due to coronavirus restrictions.

According to the government’s roadmap out of lockdown, up to 10,000 fans could attend outdoor sports matches from 17 May.

COVID-19: Around half of Britons have coronavirus antibodies, latest data suggests