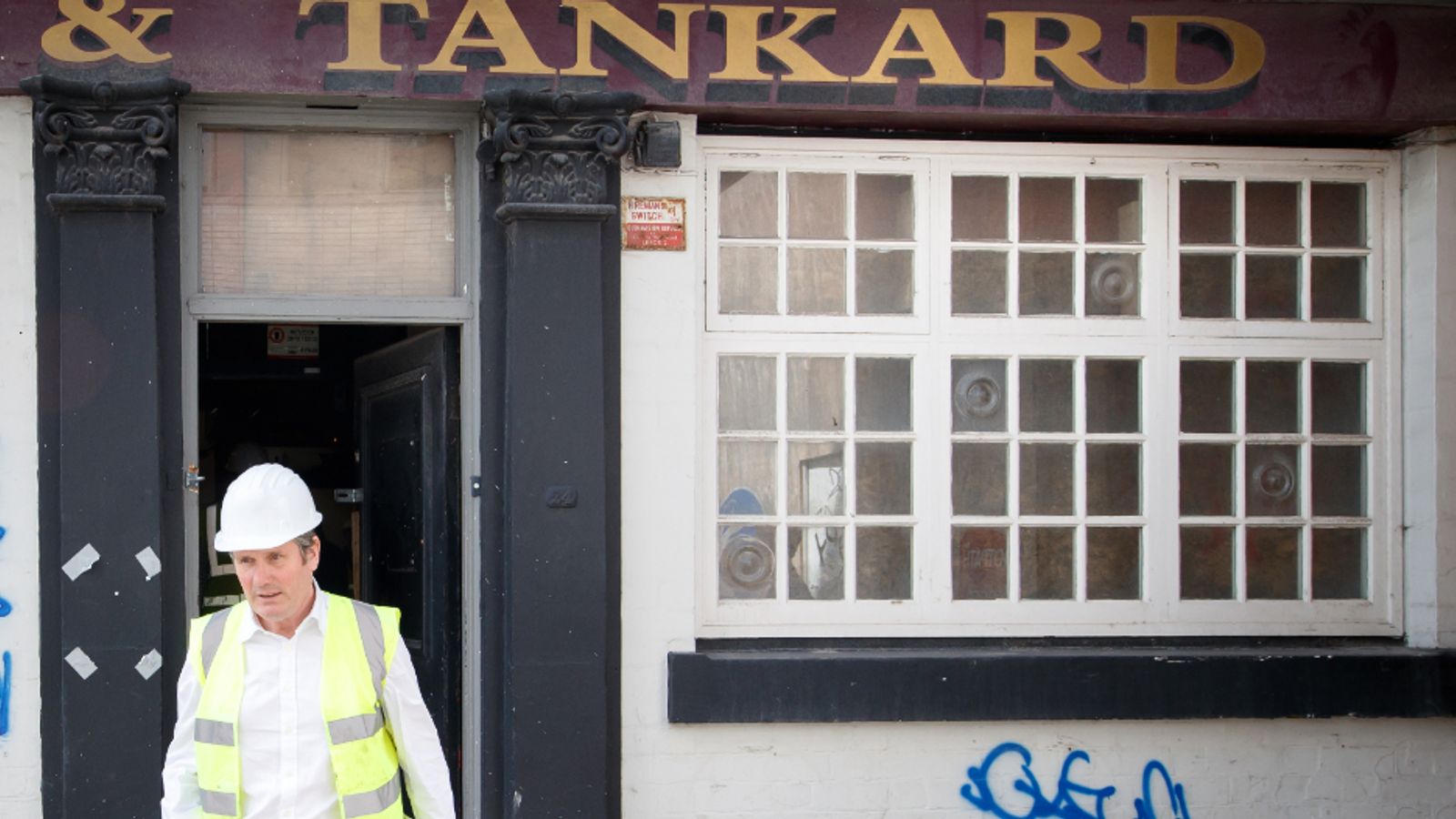 Labour leader Sir Keir Starmer has suggested the “British instinct” will be against the introduction of vaccine passports for places like pubs.

The government is conducting a review into the possible use of COVID certification to help with the reopening of some sectors of the economy.

Prime Minister Boris Johnson last week said “there is going to be a role” for such schemes and suggested it could be a requirement for entering venues such as pubs.

Someone’s vaccine status, any possible immunity after having recovered from coronavirus, or a negative test could be part of a certification scheme, Mr Johnson added.

However, the prime minister’s plans – which have been dubbed “papers for the pub” – have been met by fierce criticism from a number of Conservative MPs, as well as many in the hospitality industry.

In an interview with The Daily Telegraph, Sir Keir signalled Labour might also reject government proposals on the issue.

“My instinct is that, as the vaccine is rolled out, as the number of hospital admissions and deaths go down, there will be a British sense that we don’t actually want to go down this road,” he told the newspaper.

Sir Keir acknowledged the issue of COVID certification was “extremely difficult”, adding: “I’m not going to pretend there’s a clear black and white, yes-no, easy answer on this.”

He also said that COVID passports for international travel were inevitable, that he wanted to find a cross-party consensus on the issue and that he would only decide Labour’s stance once he had studied detailed proposals from the government, the Telegraph reported.

But he added: “My instinct is that… [if] we get the virus properly under control, the death rates are near zero, hospital admissions very, very low, that the British instinct in those circumstances will be against vaccine passports.”

Sir Keir also rejected the prime minister’s suggestion that the use of COVID passports could be left up to individual pub landlords, describing this as “just wrong in principle”.

Liberal Democrat leader Sir Ed Davey this week branded the use of COVID passports within the UK as “illiberal” and “unworkable” and suggested they would be “utterly ineffective in keeping people safe from COVID”.

The prime minister has said the results of the government’s review of COVID certification will be made public on either 5 or 12 April, as he works through his lockdown easing roadmap.

Mr Johnson has also suggested such a scheme might only be able to be implemented once everyone had been offered a COVID vaccine, something the government aims to do by the end of July.

COVID-19: Shielding restrictions eased for the most vulnerable