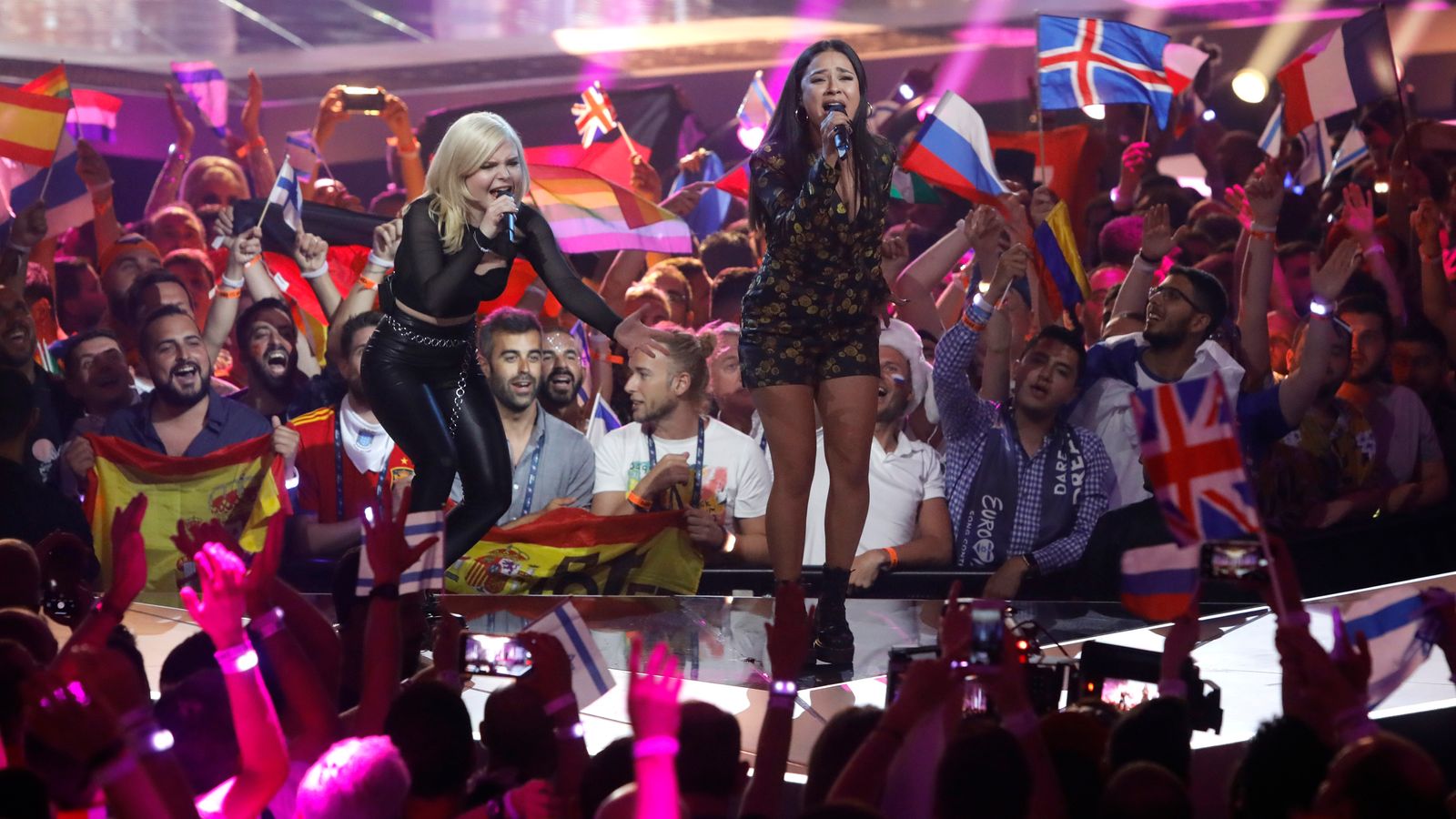 The European Broadcasting Union (EBU) has welcomed the Dutch Government’s decision to allow 3,500 fans into the arena to watch the Eurovision Song Contest.

The EBU, which organises the continental competition, says it will look at the available options to work out how to safely run the contest in Rotterdam in May.

“We welcome this decision by the Dutch government and the possibility that we can invite fans to join us as we bring the Eurovision Song Contest back in May,” said Martin Osterdahl, the event’s executive supervisor.

Image: James Newman will perform for the UK this year. Pic: Victor Frankowski

The government said it wants to allow a maximum of 3,500 people to attend a total of nine shows in Rotterdam – rehearsals, semifinals and the 22 May final, if the state of the coronavirus pandemic allows it.

Mr Osterdahl said: “We will consider the options now available and announce more details in the coming weeks on how we can safely admit audiences to the Ahoy venue in Rotterdam should the situation allow.

“The health and safety of all those attending the event remains our top priority.”

The EBU added: “As previously announced, all delegations, artists and production crew will be following a strict protocol and would not come in contact with potential members of the audience under any circumstances.”

Eurovision is set to take place across the week beginning 17 May, with the EBU previously saying that four scenarios were being prepared for this year’s event to ensure it goes ahead.

These range from putting on the full show as normal, to pre-recorded performances with no live audience.

The Dutch president announced last week that there would be an extension to The Netherlands’ nationwide lockdown, meaning it will now be in place until at least the end of April.

All contestants for the event have now been confirmed, with the UK bringing back its act from last year, James Newman, who will perform the track Embers.

The UK, alongside France, Spain, Italy and Germany, is classed as a Big Five act, and automatically gets to perform on the night of the final.

Early favourites to take the 2021 crown include Malta, Switzerland and France.