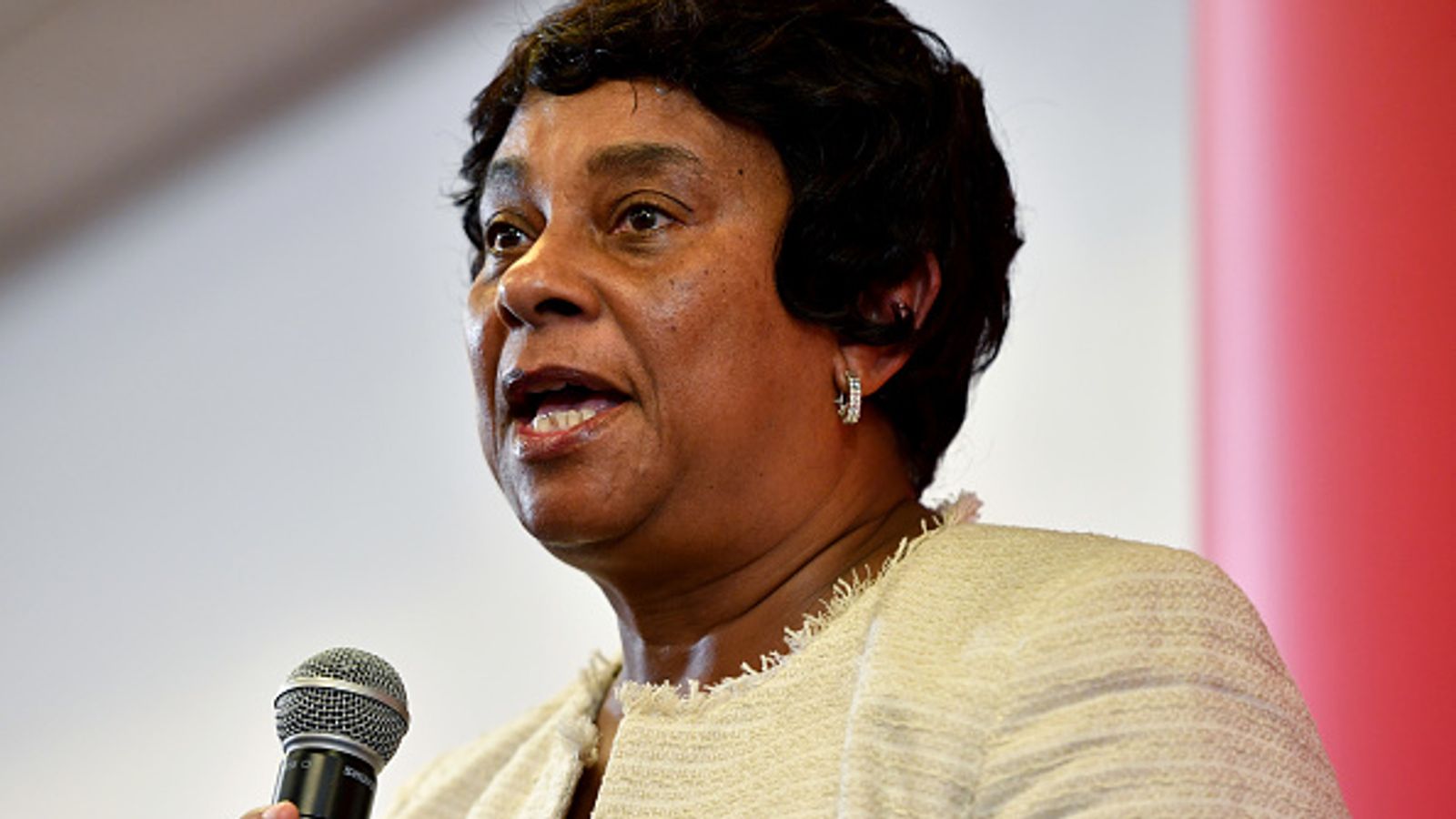 The mother of murdered teenager Stephen Lawrence says the authors of a government-ordered race review are “not in touch with reality” and “it has pushed [the fight against] racism back 20 years or more”.

The report from the Commission on Race and Ethnic Disparities – which was set up by Prime Minister Boris Johnson following last summer’s Black Lives Matter – found the UK is no longer a country “where the system is deliberately rigged against ethnic minorities”.

Image: Stephen Lawrence was killed in a racially motivated attack in April 1993

But Baroness Doreen Lawrence, who was made a peer in 2013 after campaigning for justice for her son who died aged 18 in 1993 following a racially motivated attack in southeast London, says the review has given “racists the green light”.

Speaking at a public event organised by De Montfort University Leicester’s (DMU) Stephen Lawrence Research Centre, she said: “When I first heard about the report my first thought was it has pushed [the fight against] racism back 20 years or more.

“I think if you were to speak to somebody whose employer speaks to them in a certain way, where do you go with that now? If a person is up for promotion and has been denied that, where does he go with that now?

“You know, all these things we’ve been working for and showing that structural racism exists – we talk about the pandemic when you look at how many of our people have died, all the nurses, the doctors, the frontline staff, of COVID, and to have this report denying that those people have suffered.

“They are denying that the likes of my son was murdered through racism and the fact that it took 18 years to get justice for him. The report is denying all those issues.

“Those people who marched for Black Lives Matter? It’s denying all of that. The George Floyd stuff? It’s denied all of that.

What does the race report say?

Baroness Lawrence continued: “They [the report authors] are not in touch with reality basically. That’s what it boils down to. When you are privileged you do not have those experiences.

“My son was murdered because of racism and you cannot forget that. Once you start covering it up, it is giving the green light to racists.

Meanwhile, it has emerged that a number of authors and academics have challenged their “participation” in the Commision’s report.

At the top of the report’s Appendix D: Stakeholders list of organisations and individuals, the commission said it had “heard evidence from many during the course of its work” and “would like to thank the following for their participation”.

Among them is Sir John Bell, regius professor of medicine at the University of Oxford who, after seeing his name on the list, told the Telegraph: “Totally news to me. I never spoke to them… I did support this office and had a call with them, but that is not the report – it is different.”

Author SI Martin, who is black, said he only discovered his name was in the appendix, under a sub-heading entitled “Academics and individuals”, on Thursday morning and claimed the Commission had not contacted him.

He told the PA news agency that “publicly and in writing, in every public arena, all of my ideas and sentiment are diametrically opposed to practically everything in that document”.

PA reported that they understood Mr Martin was named in error and will be removed from the acknowledgements.

Ministers have been facing a backlash over the report since its publication, with Mr Johnson’s most senior black adviser Samuel Kasumu quitting, despite No 10 insisting his departure was “absolutely nothing to do” with the report.

Asked about the criticism of the report on Thursday, the prime minister said: “Look, this is a very interesting piece of work. I don’t say the Government is going to agree with absolutely everything in it, but it has some original and stimulating work in it that I think people need to read and to consider.

“There are very serious issues that our society faces to do with racism that we need to address.

“We’ve got to do more to fix it, we need to understand the severity of the problem, and we’re going to be looking at all the ideas that they have put forward, and we’ll be making our response.”