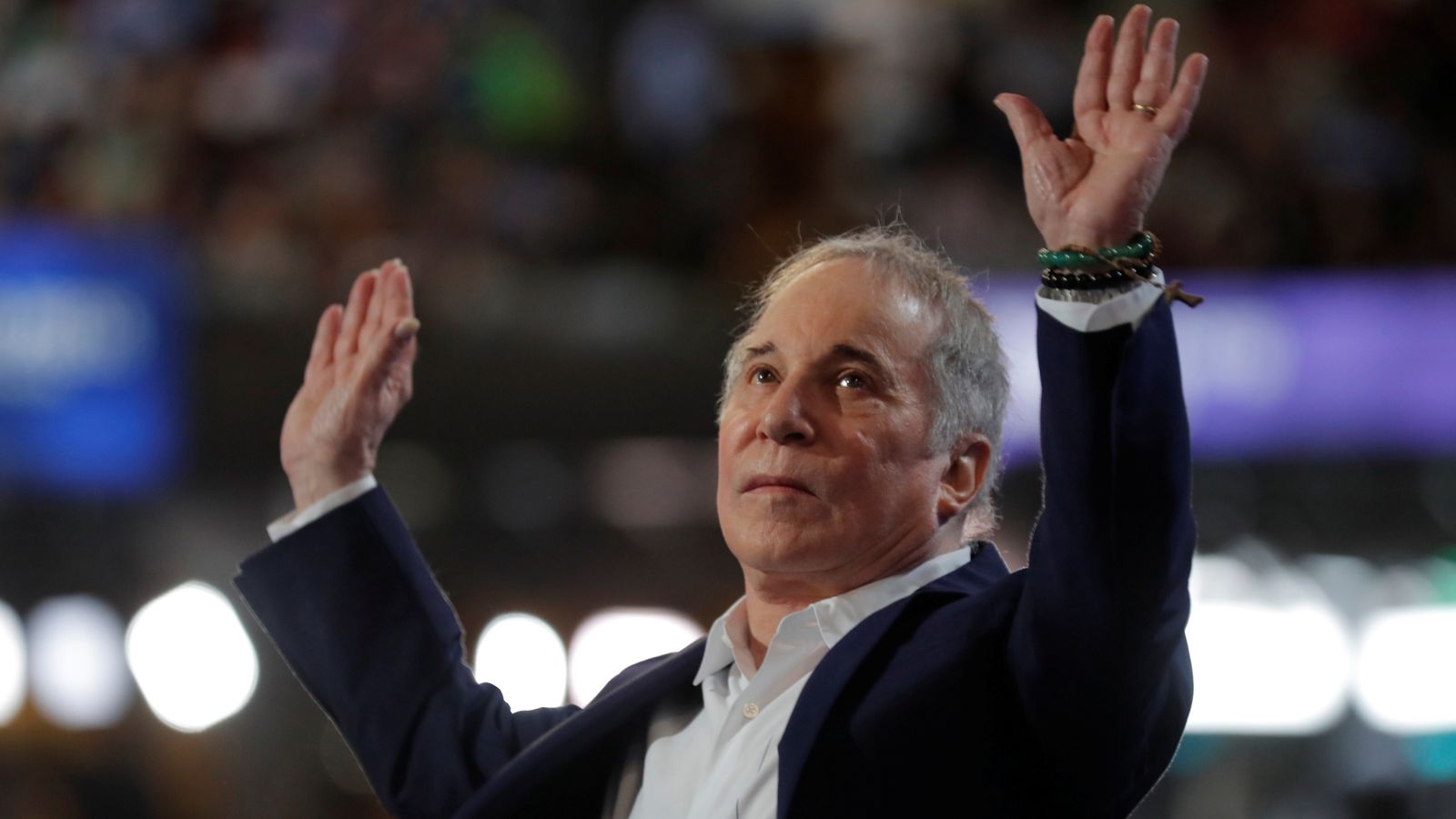 The 79-year-old Simon’s work stretches over six decades with 16 Grammys, and his catalogue includes songs such as Bridge Over Troubled Water and Graceland.

The value of the deal was not revealed but Simon, who retired from touring in 2018, said he was “pleased” to have Sony Music Publishing as the “custodian of my songs for the coming decades”.

Sony Music Publishing chairman John Platt said: “From Simon and Garfunkel standards like Bridge Over Troubled Water to solo classics such as Graceland, Paul Simon’s music resonates deeply as a cultural touchstone for people all over the world.”

Simon began his career as a folk singer in the late 1950s, turning out hits such as Mrs Robinson, The Sound Of Silence and The Boxer, with childhood friend Art Garfunkel.

But they split in 1970 and Simon began a solo career.

Simon joins a number of musicians cashing in on their life’s work – Bob Dylan and Shakira recently sold their full catalogues, while Stevie Nicks sold a majority of her catalogue and Neil Young sold 50%.

Bob Dylan sold his back catalogue of more than 600 songs in December to Universal Music Group for a reported £300m.

Such deals means companies can get royalties from licensing the songs for use in movies, commercials and branding deals.