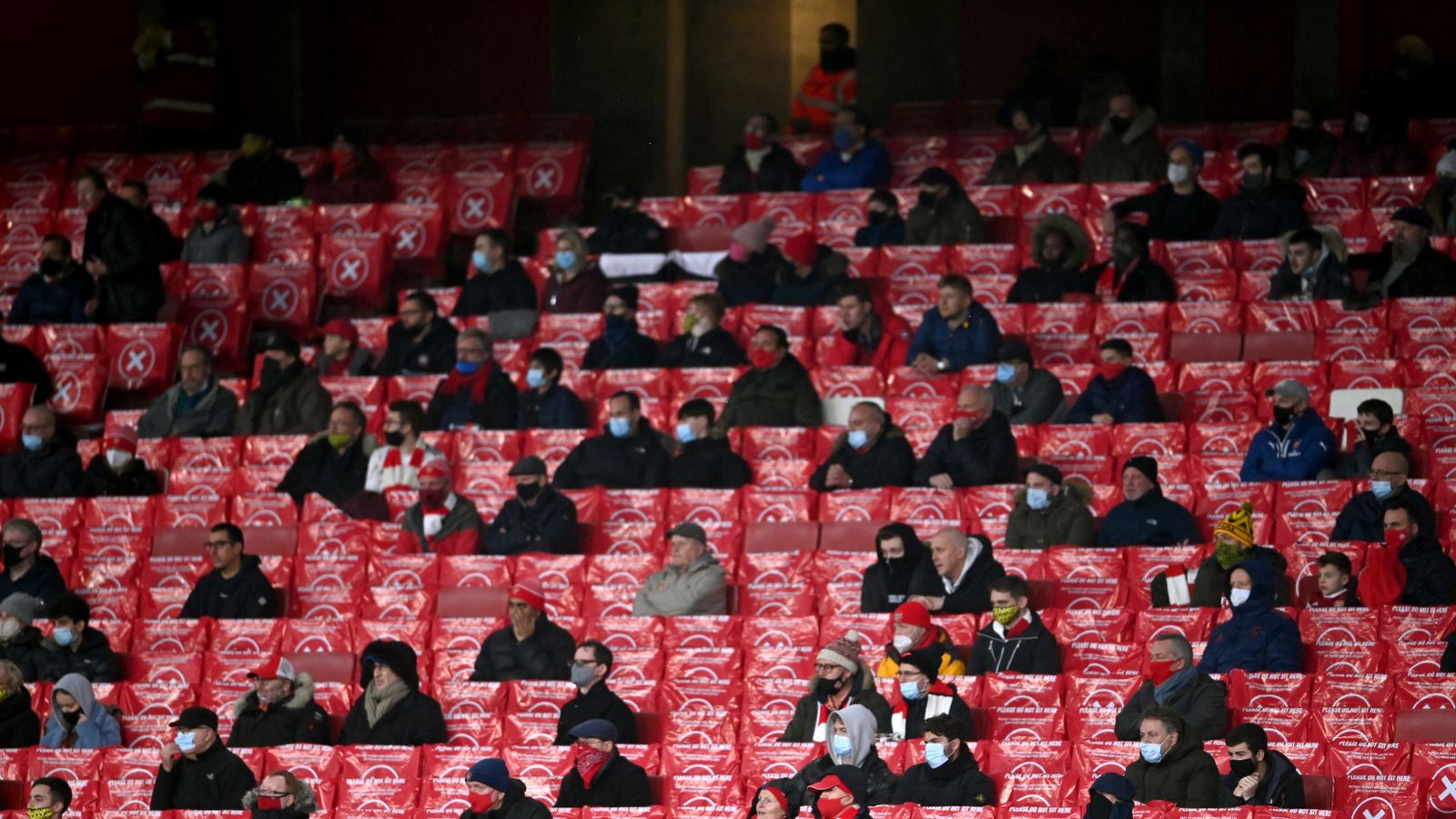 More than 70 MPs – including more than 40 Conservatives – have sent a warning shot to Boris Johnson by forming a major cross-party campaign against the use of COVID passports within the UK.

The prime minister has said there will “definitely” be a role for COVID passports for Britons heading abroad, with it reported ministers are discussing a new traffic-light scheme for prioritising travel to countries with high vaccination rates.

But the government is also considering the possible domestic use of COVID certification to help with the reopening of some sectors of the economy after lockdown, as well as reduce the need for social distancing.

Mr Johnson has suggested someone’s vaccination status, their possible immunity after having recovered from coronavirus, or a negative test could be part of such a proposal.

He has even suggested the idea of individual landlords being able to decide whether to enforce the use of COVID certification in their pubs – leading to the idea being dubbed a “papers for the pub” scheme.

The Daily Telegraph reported COVID passports are set to be trialled within weeks at pilot events – such as the FA Cup Final, the World Snooker Championships and possibly the Brit Awards – with attendees asked to take a coronavirus test both before and after.

A government spokesperson said that “no decisions have been taken”, adding: “It might be a tool we look at as part of pilots, but no more than that.”

A small number of football matches are on a list of pilot events for the return of crowds, with it understood a possible trial of COVID passports would not be used at all matches.

Meanwhile, both The Sun and The Times reported – when foreign holidays are allowed again – overseas destinations could be categorised into green, amber and red countries depending on their COVID rates.

Britons travelling to green-listed countries would not have to quarantine on their return, according to the reports.

Currently, countries such as Israel, the US, the Seychelles, the United Arab Emirates, Malta and Bahrain have among the highest vaccination rates in the world.

Amid mounting concerns at Westminster about the possible use of COVID certification, a cross-party group of politicians has signed a pledge to oppose the move.

Their action – in a week when Labour leader Sir Keir Starmer has suggested the “British instinct” will be against the introduction of passports for venues such as pubs – suggests Mr Johnson could face a battle in trying to get plans for COVID certification through the House of Commons.

Another of the Conservative signatories, Sir Graham Brady, who chairs the influential 1922 Committee of Tory backbenchers, said: “COVID-status certification would be divisive and discriminatory.

“With high levels of vaccination protecting the vulnerable and making transmission less likely, we should aim to return to normal life, not to put permanent restrictions in place.”

“International travel is a luxury but participating in your own community is a fundamental right,” said Baroness Chakrabarti, who used to run civil liberties and human rights group Liberty.

“So internal COVID passports are an authoritarian step too far.”

Almost all Liberal Democrat MPs have signed the pledge, with their party leader Sir Ed Davey having this week branded the use of COVID passports within the UK as “illiberal” and “unworkable”.

“As we start to get this virus properly under control we should start getting our freedoms back, vaccine passports – essentially COVID ID cards – take us in the other direction,” he said.

She said “there potentially are merits” to them, “especially for those very large events which otherwise may not be able to restart until later”.

But Ms Powell added that “where it would have a lot more difficulty and complexity is for that everyday use”.

A number of Labour and Lib Dem peers have also joined the cross-party campaign, as well as organisations such as Liberty, Big Brother Watch and the Joint Council for the Welfare of Immigrants.

Sam Grant, head of policy and campaigns at Liberty, said any COVID passport system risked creating a “two-tier society” and could entrench “inequality and division”.

She described the prospect as “very troubling” and a the passport as “like an ID card on steroids”, adding: “One of my fears is that once such an extreme policy and such an extreme system like this is introduced, we will never see the back of it and it would only expand and expand into other health issues.”

And Minnie Rahman, campaigns director at JCWI, said that “migrant communities face significant barriers to accessing the vaccine”, adding: “Any recovery plan which risks increasing racial discrimination and purposefully leaves people behind is doomed to fail.”

The campaign’s pledge states: “We oppose the divisive and discriminatory use of COVID status certification to deny individuals access to general services, businesses or jobs.”