Richard Okorogheye: Mother of missing student says ‘someone was waiting for him’ 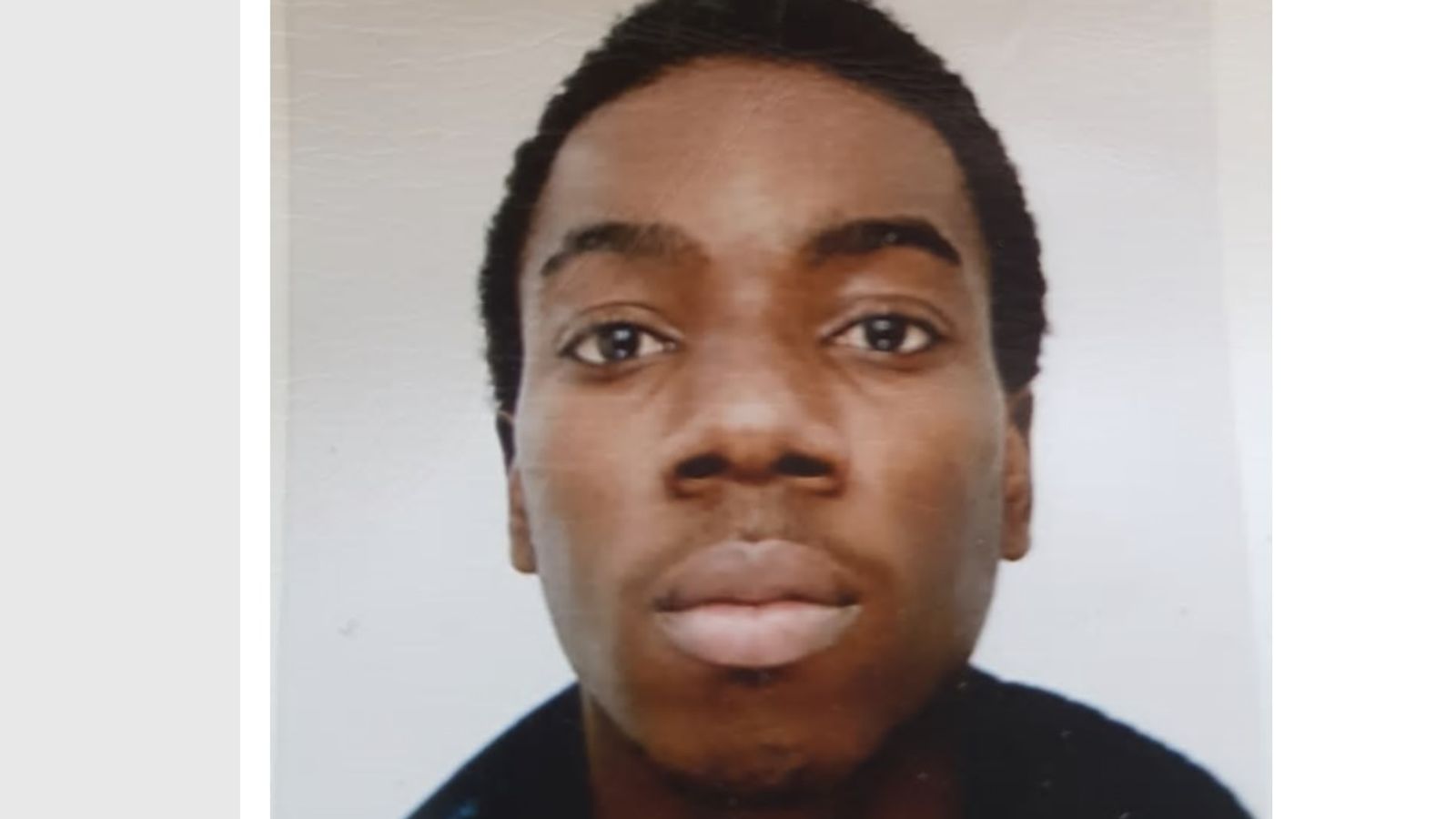 The mother of a student who has been missing for more than a week believes he met someone online who “built his confidence and trust”.

Richard Okorogheye, 19, left his family home in the Ladbroke Grove area of west London on the evening of Monday 22 March, boarded a bus, and later took a 20-mile taxi ride from the W2 area of the capital to Loughton.

CCTV images of him walking along a street in the Essex town in the early hours of 23 March have been released by the Metropolitan Police.

Image: Richard Okorogheye has been missing for over a week. Pic: Met Police Image: CCTV images of him on a street in Loughton in the early hours of 23 March. Pic: Met Police

She added: “I think he went to meet somebody. Definitely. Richard cannot go there. Especially at that time in the morning… someone was waiting for Richard.”

Asked if she believed her son met someone online, she added: “I think so. Most definitely.”

Ms Joel said he would often play on his PlayStation 5 and that she had heard him laughing and being “very happy” while talking to someone.

She continued: “Definitely, he was talking to someone. Someone that he trusted and was fond of. Maybe the person gave him confidence.

“Somehow knew his aspirations, his interests, so he confided in that person, built confidence and trust.”

Ms Joel said she knew nothing specific about the person.

Police searching for Mr Okorogheye have said there does not appear to have been any activity on his phone since he disappeared.

Superintendent Danny Gosling said detectives had not picked up any activity on his mobile and that his “laptops and computers” were “at the lab” being examined for clues.

Mr Okorogheye was reported missing on Wednesday 24 March and a large search is now under way in Epping Forest in Essex.

Ms Joel said the police are now “responding very well” after she complained her initial report was not taken seriously enough.

She said: “At the beginning they ignored me. I was nobody. I was just a black woman being frantic and overreacting about an adult which is 19, which we all know, these are vulnerable adults. I wish they had reacted earlier.”

Mr Okorogheye needs daily medication for his sickle cell disease, but it is not believed he took any with him when he went missing.

Image: A CCTV image of Richard Okorogheye on the evening of 22 March. Pic: Met Police

She added: “I don’t know what he looks like, how he’s feeling at the moment, if he’s breathing. I don’t know. I’m trying to be strong. It’s very difficult.

CCTV footage shows he was wearing all black clothing and had a black satchel bag with a white Adidas logo, worn across his lower back.

Ms Joel previously said her son had spoken of “struggling to cope” with university pressures and had been shielding during the COVID-19 lockdown.