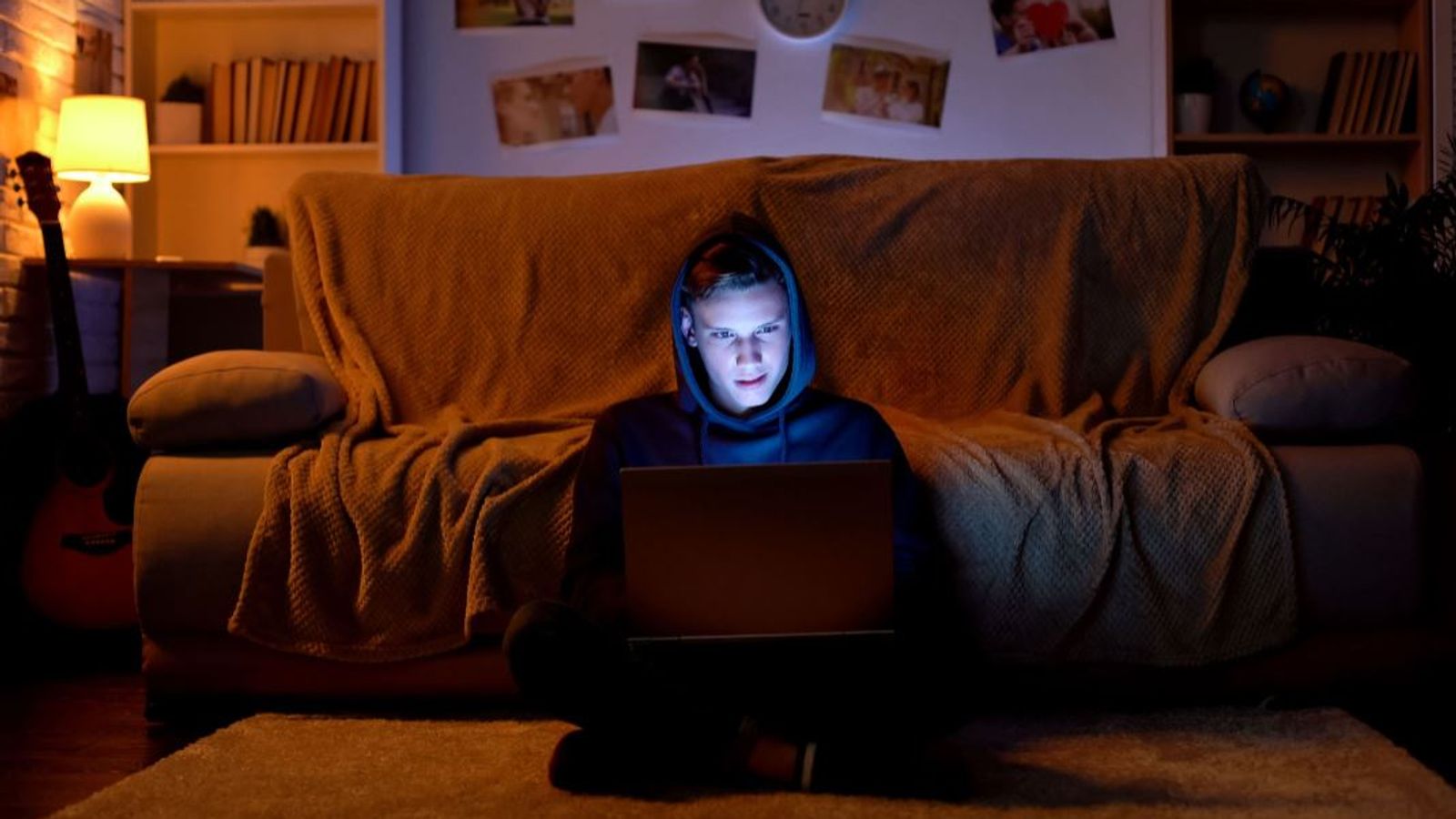 Gambling support groups and charities are warning that lockdown may have caused more children to become “addicted” to so-called “loot packs” on video games.

Loot packs are mystery packs of players which gamers can buy with real money to try and improve their online team.

They feature on games like FIFA Ultimate Team, often promoted by influential celebrities or YouTube stars. Each transaction can cost anywhere between 79p to £79.99 and the Fifa points can then be used to buy what is, in effect, a lucky dip of players.

Image: A survey of 600 young gamers found that around 24% of them felt addicted to loot boxes. File pic

Jonathan Peniket spent almost £3,000 of university savings on FIFA games while his mother was battling cancer.

“I started playing FIFA when I was seven but I bought my first loot box when I was 12,” he told Sky News.

“I asked my dad if I could put money on the game and he initially said ‘no’ because it was gambling and that made me angry so after a bit of persuasion he gave in.

“At 17 I got my first debit card so that meant that my purchases could become impulsive, I didn’t have to worry about going to get a voucher and my parents seeing.

“Also in my last year of school my mother got diagnosed with cancer and it was a pretty horrific time and FIFA was a way for me to cope and, in particular, spending on packs. I felt so unhappy in my life; I could spend five or 10 pounds and just get that rush.”

Image: Campaigners are urging loot boxes to be brought under the Gambling Act. File pic

Jonathan, now 22, does not buy loot packs any more but believes under-18s shouldn’t be allowed to do so.

“I also think this issue doesn’t die when people become 18,” he said. “I spent some of the money when I was over 18 as well so I think it needs the restrictions you’d see on conventional wider gambling.”

A survey of 600 young gamers by the Gambling Health Alliance found that around 24% of them felt addicted to loot boxes and 15% had taken money from their parents without their permission to buy them.

Three of the respondents’ families had to re-mortgage their homes to cover the costs of loot packs.

Louisa Mason, senior policy and communications executive at the Royal Society for Public Health, says evidence suggests that children may be spending more money on loot boxes as a result of the pandemic.

“We did one bit of research pre-COVID and the figures were lower than another piece of research during the second lockdown. We can infer from that data that kids will have been playing games more and the potential for negative impact is very concerning.”

The government is currently reviewing the Gambling Act 2005 and particularly sport’s relationship with betting. Loot packs won’t be part of that review because they are not currently considered to be a form of gambling but campaigners are urging them to be brought under the Gambling Act.

The Gaming Commission in Belgium banned the purchase of loot boxes for under-18s in 2018 which led to the removal of loot boxes altogether, while Germany is considering a similar move.

Kev Clelland, operations director for The Young Gamers & Gamblers Education Trust (YGAM), said: “Young people are gaming more, and screen time has increased during lockdown. We’ve seen a significant increase in demand for our support and advice on topics such as loot boxes.

“We think it is especially vital to ensure parents are informed as they are usually the ones who purchase these games and in-game items for their children. The connection between in-game purchases and “real” currency is diminished because these packs are being bought with in-game currency and not pounds and pence.”

EA Sports, which makes the FIFA games, deny loot packs are gambling, because winnings cannot be “cashed out”.

A spokesperson for EA Sports said: “We take our responsibility to provide a fair, fun and positive gameplay experience for everyone, particularly our younger players very seriously.

“We work hard to empower our UK players and parents to make informed choices and manage the way they play our games.”

COVID-19: England’s R number could be as high as 1 and infections may have stopped shrinking, says SAGE